Raymarine LightHouse 3 is the newest operating system, while RealVision 3D is a sonar with CHIRP technology. They are both compatible with the popular eS and gS-Series screens.

So far, they were available on the top-notch Axiom and Axiom Pro multifunction displays. But now, a much larger share of brand users can enjoy the Raymarine Lighthouse 3, a fast and smooth operating system, and the RealVision 3D 1 Kw sonar, which features CHIRP DownVision, CHIRP SideVision, and High CHIRP capabilities.

From two to three

Many customers around the world enjoy Raymarine eS and gS-Series multifunction displays with LightHouse 2, but so far the newest release of the software (LightHouse 3) was only available on the Axiom and Axiom Pro screens. Now, a free software update from Raymarine.com will benefit also them: just download the update into a microSD memory card, insert it into the display’s slot, and the latest technology will be available in minutes. 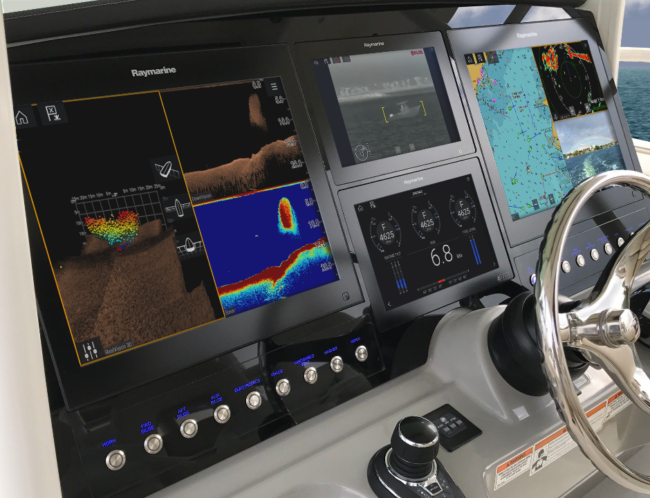 LightHouse 3’s streamlined design brings most commonly used features forward with an intuitive menu system. Easily customized to the customer’s style of boating, fishing or cruising, LightHouse 3 offers simple home screen icons that can be modified with a few touches.

This sonar can detect gamefish,
baitfish
and structures in depths
from two to 4,000 feet, while also
depicting the underwater world

But what boaters will enjoy the most is the new Raymarine RealVision 3D sonar. Fishermen will “unlock” all the features allowed by the new RVX1000 3D CHIRP Sonar Module. The RVX1000 is a black-box sonar with CHIRP DownVision, CHIRP SideVision, High CHIRP, RealVision 3D and 1Kw CHIRP sonar capabilities. Connect the transducers, plug RVX1000 into eS or gS screens with a Raynet network cable, and you’re ready to see the underwater world in the stunning RealVision 3D.
RVX1000 has dual transducer connections. Simply plug in any RV100 or RV200 series transducer to enable RealVision 3D sonar. RVX1000 is also equipped with a second transducer port for 1Kw CHIRP sonar and supports a wide selection of CHIRP and non-CHIRP transducers from Airmar Technology. RVX1000’s 1Kw sonar transmits in the CHIRP low, medium and high bands, as well as traditional 50/200 kHz mode. 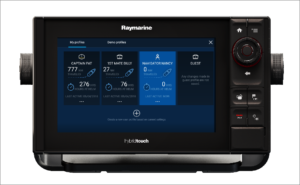 This sonar can detect gamefish, baitfish and structures in depths from two to 4,000 feet, while also depicting the underwater world with RealVision3D, DownVision and SideVision imagery. Thanks to its own onboard quad-core processor and extensive built-in memory, RVX1000 aims at providing a flawless experience and at being the ultimate sonar tool for fishermen, divers, and explorers.

In an impressive development step, here's the new... 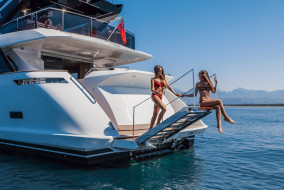