It’s a double news actually: on one side, a new model by Cranchi, on the other side, all the values that the boatyard wants to introduce with Cranchi E26.

We have seen Cranchi pursuing true innovation with the models launched in the latest years. They have created a new identity, and have made good use of the cooperation with a renown designer such as Christian Grande. The most recent of the launches was the T36 Crossover, but slightly earlier we have also seen the peculiar E52 S Evolution with its unseen helm station (photo below). Now here’s the new Cranchi E26, which once more underlines how much the manufacturer believes in design innovation, whether it is on a 26-feeter like this or a 78-feeter as we expect in 2019.

Cranchi E26 is actually two projects in one: Classic and Rider. And we make no mistake by saying two projects and not two versions: they are very different one another. The Classic is all about style, design and a classy atmosphere, while Rider aims at versatility thanks to “transforming” furniture which can make the same area good for different needs. The latter version gives also the chance to customize the cockpit layout. Last but not least at all, Cranchi E26 Classic is powered by an inboard engine, while the Rider sports an outboard motor. 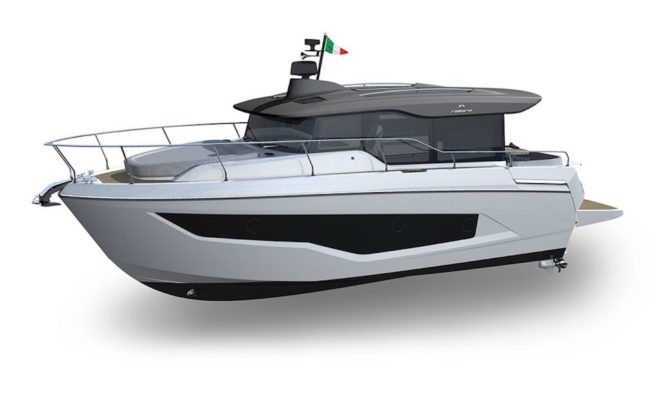 The Rider will have us waiting longer, as the first model to be launched is Cranchi E26 Classic scheduled to debut at Cannes Yachting Festival 2018 in September. But let’s take a look at the boat.
Christian Grande wanted the new Cranchi E26 to feature clean, smooth, fluid and essential lines. The vertical bow contributes to the general look of a modern boat which evokes classic atmospheres.

In July the first units will be
delivered to the dealer network,
but if you can afford the wait the
appointment is for Cannes Yachting
Festival from 11 to 16 September 2018

Pilot and copilot have two single seats that can rotate to aft to form a cockpit lounge along with the L-couch. Add a central table, and you have an outdoor dinette. The windscreen surrounds the cockpit taking the full beam and going back to the stern: not just for the sake of a sporty look, but also for more protection. The centre front section can be opened to gain access to the teak-floored foredeck. Of course you can use this area to get a tan when at anchor, but don’t forget the large one to aft that covers the engine compartment. Should you need to avoid the sun an awning is at rest and can be deployed any time.

Cranchi E26 Classic doesn’t forget the (emergency) needs of a couple on a short cruise, and offers them a small cabin and a separate heads below.

In July the first units will be delivered to the dealer network, but if you can afford the wait the official appointment is then for Cannes Yachting Festival from 11 to 16 September 2018. 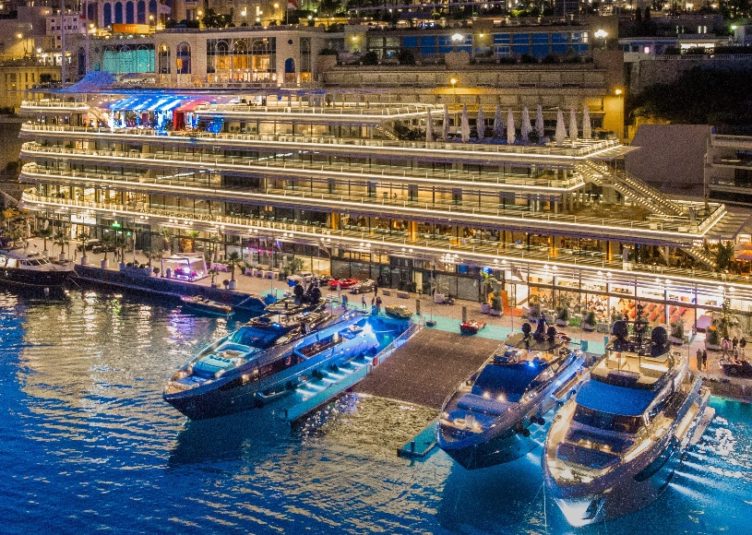 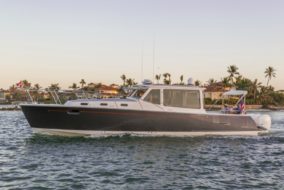 Cobalt Marker One ML4: pontooning to the max