World renowned yacht designer Kurt Strand has imagined the ultimate explorer yacht: Aurora Borealis 122 is inspired by nature and capable of cruising across the planet.

Kurt Strand‘s inspiration for Aurora Borealis 122 meter concept was the nature, but in particular the rough weather conditions in Northern Norway where the designer was born and raised. The purpose of Aurora Borealis 122 is to enjoy the planet’s best spots from the luxurious spaces of the megayacht.

Cold or warm, it doesn’t matter

And we are not only talking about ice, although the renderings only tell that story. Because, according to Kurt Strand, when the weather allows Aurora Borealis 122 can transform into an open outdoor experience. For this purpose, she is designed with retractable balconies and large gates, making her capable to explore and enjoy the most outpost destinations, from the Arctics to the Tropics. 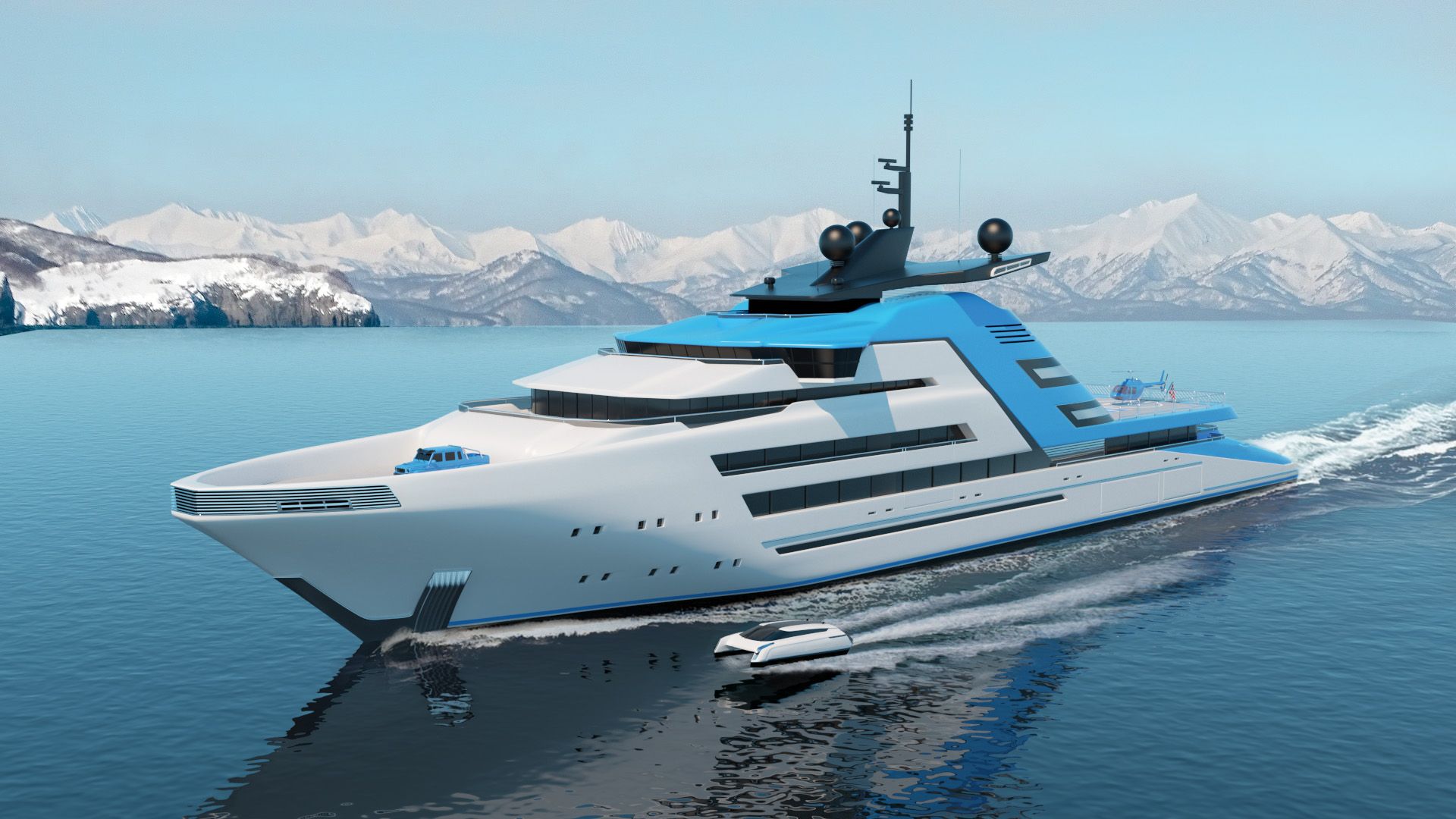 Aurora Borealis 122 features six decks, has a length of 122 meters and a beam of 20. A helipad is located on the aft deck, and in front of it there’s a swimming pool with retractable glass floor, to move the helicopter inside the hangar (which can contain two choppers). The so-called Aviation Club, with bars and launch area, is part of the hangar. In case of bad weather the large gate can be closed but there is still access to the deck/pool area via two pantographic doors integrated in the gate. 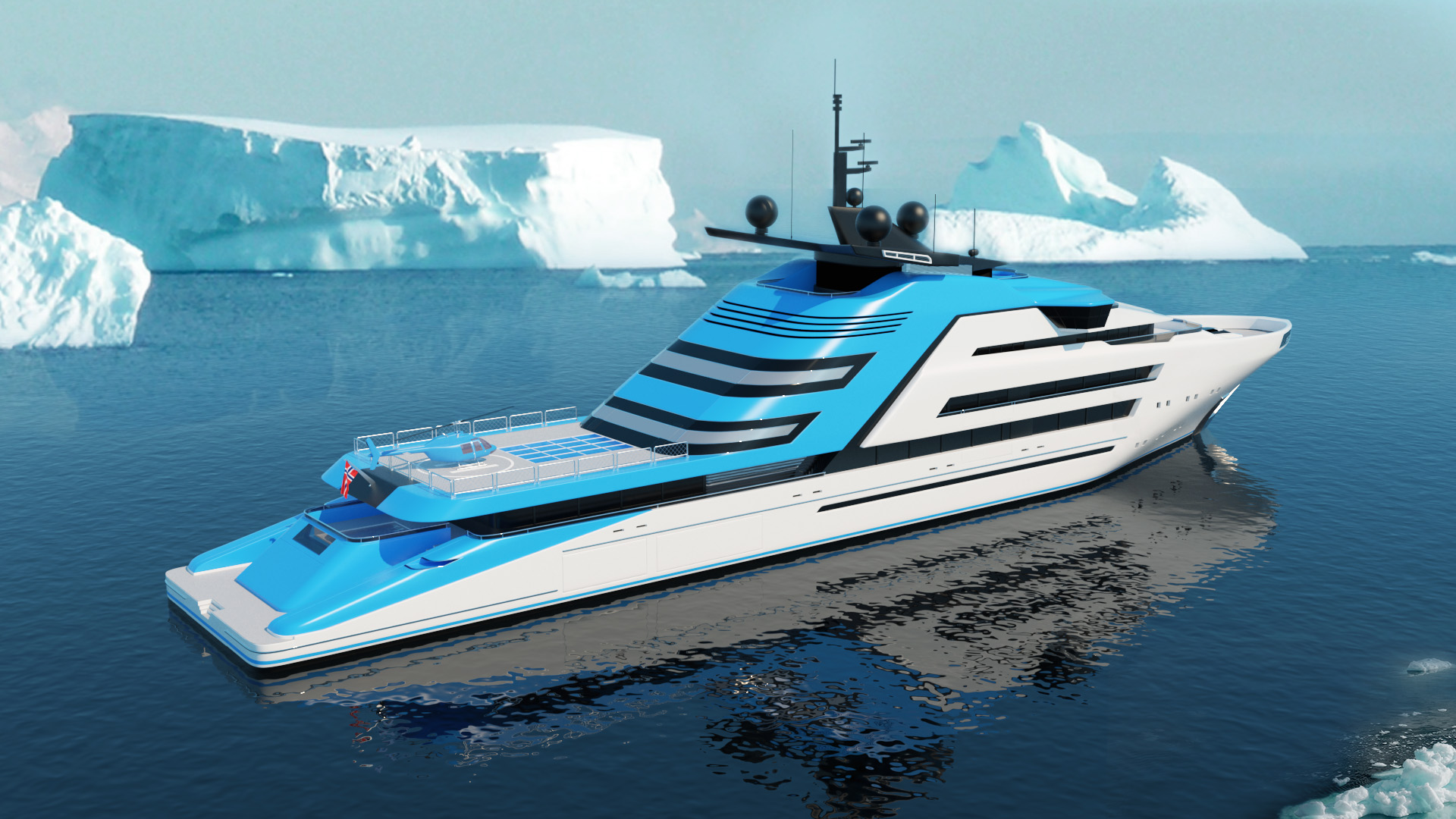 In the hull side of the lower deck are four fold-out gates for storage and launching a huge selection of tenders and toys. In the aft is a drive-in bay area for a submarine and a 45-ft tender.
The owners of Aurora Borealis 122 will enjoy a 180 degree view from the 400 sqm suite with full privacy, outdoor Jacuzzi, sun lounge area, gym, spa, office, library, wine cellar.

Eight 100 sqm Vip suites are available for 20 guests, although international regulations about superyachts suggest the official number to be reduced to 10 in case of real construction. The yacht is equipped with cinema, beauty salon with spa, gym and even an alpine ski slope track system (if you don’t know what it is, this is a video). The lower deck has 48 (yes, fourty-eight!) private cabins with a living area for the crew.

Aurora Borealis 122 is mostrly interesting in the powertrain compartment: she features three electric azimutal pods powered by hydrogen fuel cell generators, but also sports a diesel-powered backup set of generators.
The hydrogen technology is mostly used in the car industry, but Kurt Strand intention is to take it to the next level in the yacht industry, as he believes it is beneficial for the whole planet. We agree, provided that hydrogen is extracted and stocked using renewable energy. 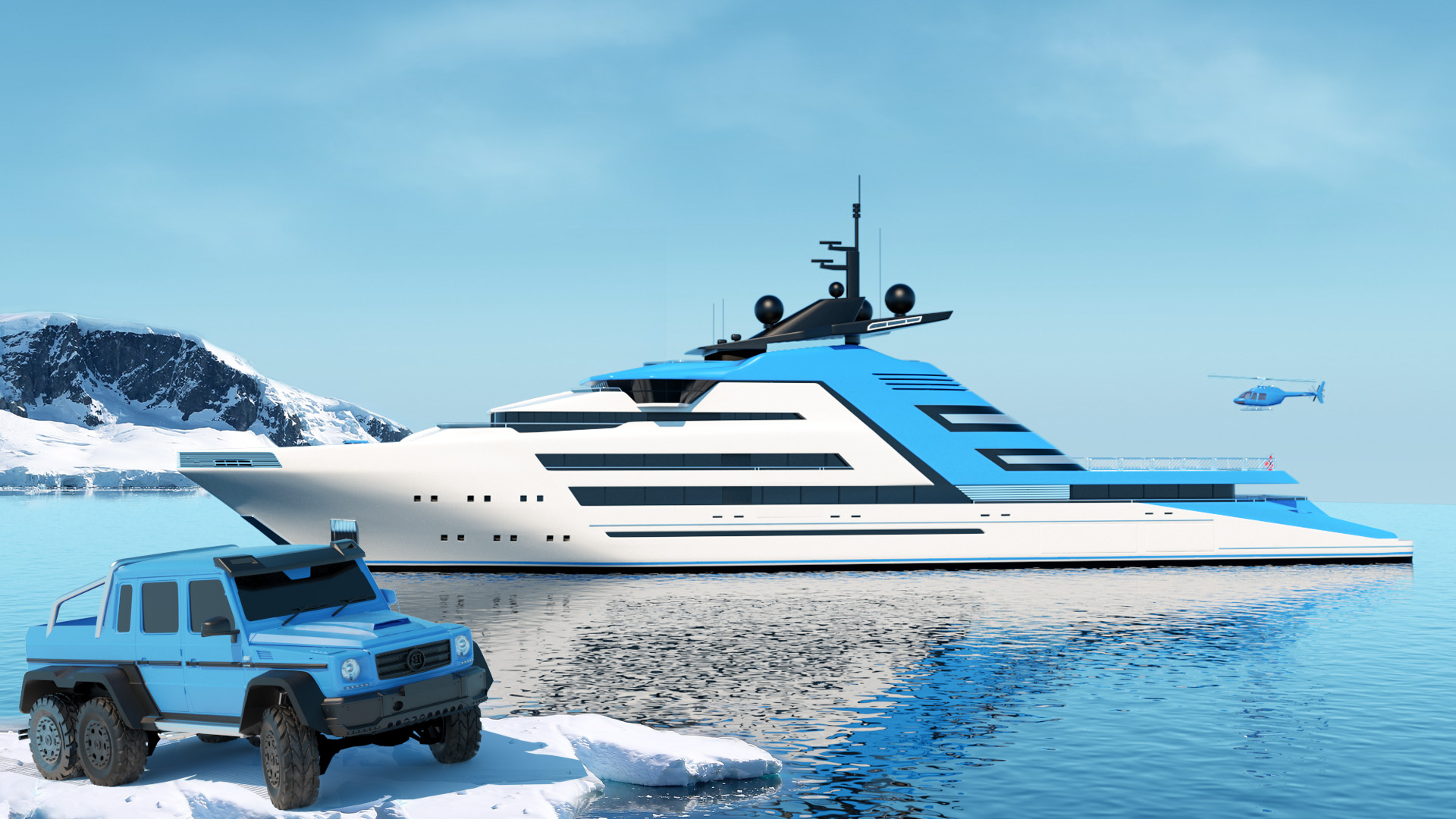 If the whole idea of Aurora Borealis 122 concept could come true, it would definitely be the ultimate explorer yacht.

The numbers of Aurora Borealis 122

Here’s another concept to explore the seven seas, and it’s definitely stunning.

RepowerE, the electric way of boating is now on tour 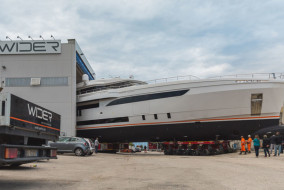 The first Wider 150 has come to life

Sea Ray among the luxury brands of Cannes Collection 2016, June 2-5