Designed by Francesco Paszkowski, the new Custom Line 106 is a planing superyacht with a clean look. She’s just been launched in Ancona.

The yachting season is well on the trot with endless launches by Italian shipyards. The latest superyacht to touch the water is Custom Line 106, which has been christened at the Ferretti Group Superyacht Yard in Ancona. She is the second born of the new planing series designed by Francesco Paszkowski Design, made in collaboration with the Strategic Product Committee and the Ferretti Group Engineering Department.

The aesthetic element that stands out above the rest is the formal rigor, thanks to clean and essential lines as desired by the owner. This minimalism does not hinder the hydrodynamic qualities seen on the latest models of the Custom Line planing range, according to the Shipyard’s claims. What is certain is that Custom Line 106 offers ample, interconnected walking spaces: the figures say 220 square meters.

To stern there’s a new version of the patented DMT (Dual Mode Transom) system, consisting of two hatches which, when in navigation, cover the steps adding cleanliness to the transom. When the ship is at anchor, these hatches disappear in the central part and there you have the staircases leading on board. The garage houses a tender (Williams Jet 505) and a three-seater watercraft.

Compared to the latest Custom Line models, the bow area has been expanded with a raised central section sporting sofas and cushions with reclining backrests. A large, 36sqm sun bed comes along with a second garage for a Williams 2.80 Jet tender or another three-seater watercraft.

The bow is connected to the flybridge (53mq) via a walkway. The sun deck is protected by two windows on the sides and features a standard hard top with two sky lights. The other areas can be shaded with bimini or awnings.

All the interior fittings of this first unit have been customized according to the owner’s requests: the interiors of the main deck are very bright thanks to the large full-height windows (although the dark renderings don’t show it properly).


Custom Line 106 is equipped with a software that manages the entertainment system via an iPad, replacing dozens of remote controls with a single support

Upon request, the central glazing of the salon provides an electric opening mechanism. Once again on a Custom Line we have the inside pillars which house lighting, audio and air conditioning systems.

The full-beam master cabin is in the bow section of the main deck, and can count on a width of 6.50 meters and a panoramic terrace on request. On the lower deck there’s four guest cabins: two VIPs amidships and two doubles in the bow: of course they all feature a separate bathroom.

Custom Line 106 is equipped with a software that allows to manage the entertainment system of the main salon via an iPad, replacing dozens of remote controls with a single support. The system can be extended to all spaces, as well as being integrated with the owner’s personal devices.

The engine room houses a pair of MTU 16V delivering 2217 hp, for a maximum speed of 23 knots, while with two 2638 hp MTU 16V this value (still on paper) raises to 26 knots. Electro-hydraulic stabilizing fins with underway- and zero speed- functions are standard. Upon request, the yacht can have gyroscopic stabilizers, for maximum comfort when staying at anchor.

Custom Line 106 will be initially shown in June, during the Venice Boat Show, in an exclusive event dedicated to a selected group of shipowners. The official presentation is scheduled for September at the Cannes Yachting Festival. 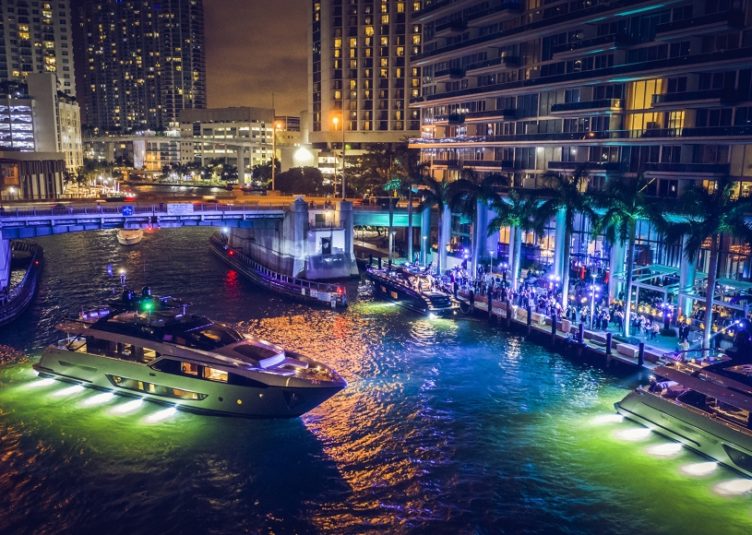 The name is a myth, but the class is real: Riva... 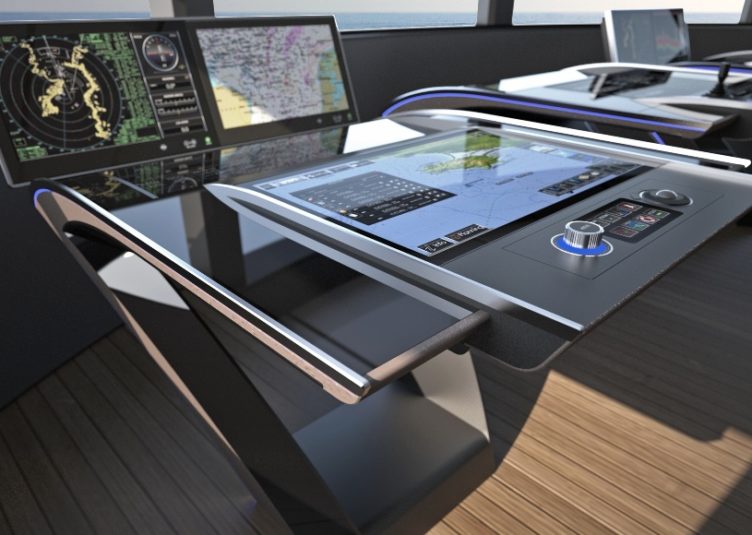 In 2019, dashboards from Team Italia will equip... 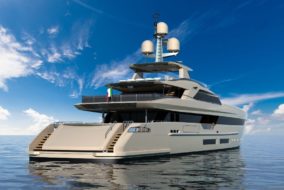 Tankoa S502 Elettra: the myth is going to touch the water for the first time 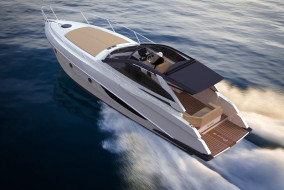