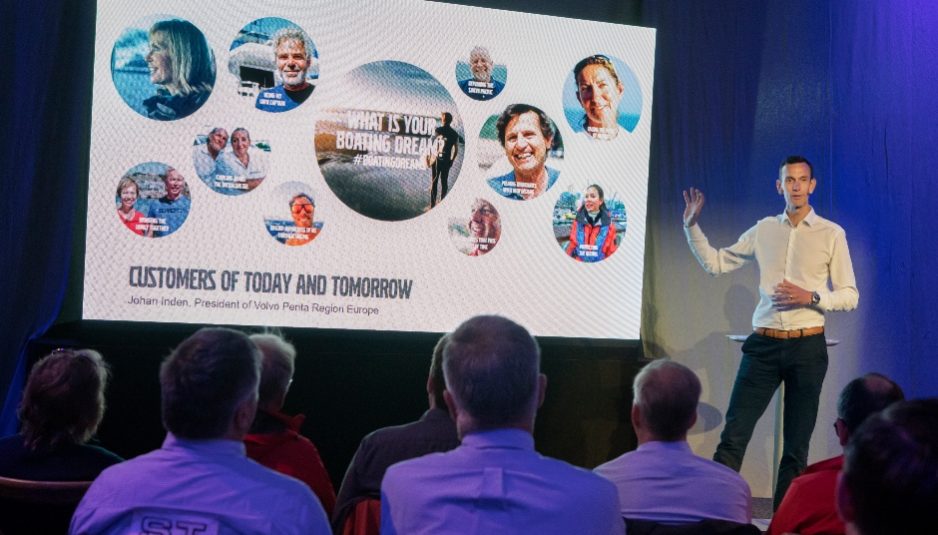 From Volvo Penta here’s two new drivelines: one is the famous IPS, which receive several updates, the other is a brand new Aquamatic DPI sterndrive.

The Swedish company has just introduced the fully-renewed range of D4 and D6 engines, but that’s not enough. Soon we will tell you about the new Electronic Vessel Control, while now it’s time for the transmission part. In particular, there’s a full range of upgrades on Inboard Performance System (IPS) and a completely new sterndrive of the Aquamatic DPI family.

Volvo Penta IPS was first launched in 2005. Since then, 25,000 units have been sold, telling of a big success. At the beginning many were skeptical about a front-facing propeller, but the advantages were soon clear: thanks to a better efficiency compared to inboard shafts, the IPS package provides up to 30 percent lower fuel consumption, 15 percent faster acceleration and 20 percent higher top speeds. Noise and vibration levels are also reduced, by up to 50 percent. An IPS package can be installed in twin, triple or quadruple configurations.

But let’s see what’s new for 2019. Volvo Penta has focused on updating the serviceability, reliability, and performance. In particular, they made it simpler than before to monitor and service the system, as filters and oil can now be accessed from inside the hull and the oil only needs changing every second year, with the boat in the water during the operation. Sensors reading the differential oil pressure over the filters are added in order to identify clogging of filters quickly and accurately. Also a water in oil sensor is added to detect any ingress of water in an early state, preventing damages to the transmission.

Reliability has also been a focus of the update. Gear material has been reinforced with high strength steel, while the propeller shaft seal, input bearing carrier and upper shaft and bearings have also all been redesigned to improve durability.

When Volvo Penta introduced the Aquamatic drive in 1959, it was sort of a game changer in the boating industry, as it was the first system to combine the benefits of inboard and outboard engines. In 1982 the Aquamatic sterndrive was enhanced with the Duoprop, two counter-rotating propellers that together provide better handling and grip. For 2019 the transmission has been totally redesigned. It now features an hydraulic clutch which allows smooth shifting and enables slipping at low engine speeds, resulting in improved maneuverability and higher comfort at low boat speeds. Along with electric steering, now standard for DPI, it enables Dynamic Positioning System to be introduced, which automatically maintains a boat’s heading and position, even during strong tides or windy conditions.

The update also offers longer service intervals, fewer service items and introduces seals that have been designed for longer life. Oil and filter change intervals are extended to every second year. Reliability has also been a key part of the update, with reinforced components and additional sensors for improved diagnostics and monitoring of system health. 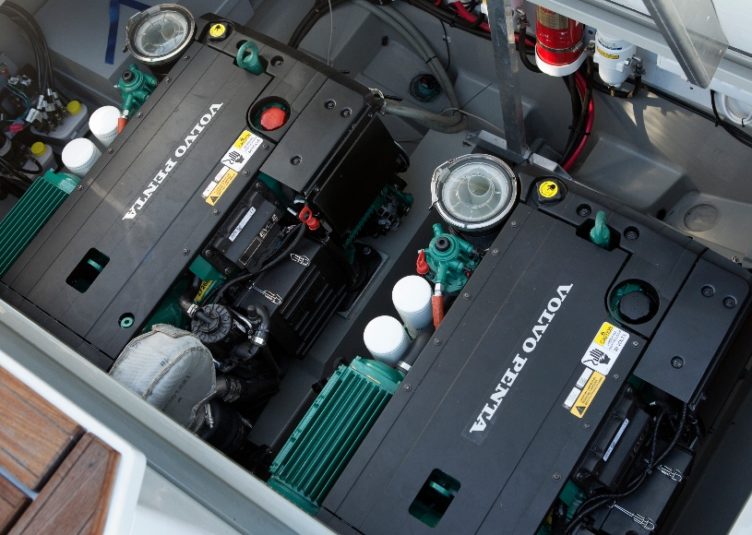 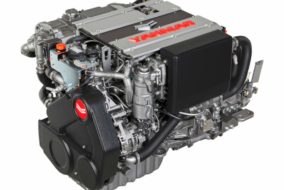 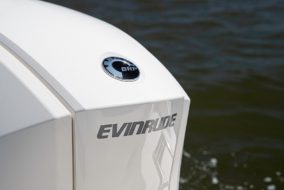