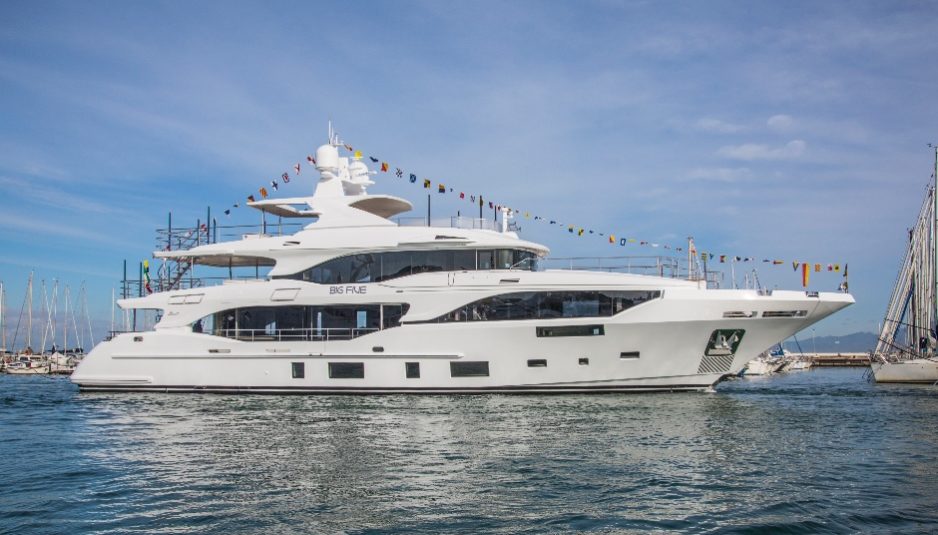 Another three launches for Benetti Yachts: it’s time for the Class category

After the Giga Season, with three giga yachts in just 100 days, it’s now time for the Class category: Mediterraneo 116 “Big Five”, the seventh Delfino 95 “Aslan”, and the eleventh Classic Supreme 132.

We told you about so many launches from Benetti Yachts shipyard in the last months: they are really building superyachts at full steam. The main achievement was what they called the “Giga Season”, a short period of time during which they delivered three units over 100 meters. Now, under the spotlight it’s the Class category, in different sizes. As we mentioned, the latest units to touch the water (of Viareggio) are Mediterraneo 116 M/Y “Big Five”, the seventh Delfino 95 unit M/Y “Aslan”, and the eleventh Classic Supreme 132 unit BS011. This makes it a particularly lucky summer season for the respective owners of these yachts, who will be able to use them right away.

“Big Five”, the fifth Mediterraneo 116 unit built by Benetti Yachts, is a 35.5-meter displacement yacht with fiberglass hull and carbon fiber superstructure. Exteriors by designer Giorgio M. Cassetta complement he interiors, featuring light-coloured matt-finish wood accompanied by grey-shaded varieties and dark ashwood, look sophisticated and modern also because of the use of Olimpico Striato and Zebrino Apuano marbles, amongst other types.

The yacht’s layout, designed to accommodate 12 passengers and seven crew, has been customised to reflect the needs expressed by the owner, who has a full-beam cabin in the forward section of the main deck featuring panoramic windows. Access to the cabin is through a private study. The walk-in wardrobe also has some interesting practical features, including a storage area hidden under the floor for empty bags. As for the main living area on the main deck, it features a dining area for ten, plus a living area with sofas and a TV. The galley is fitted with a wine storage unit.

In addition to the bridge and the captain’s cabin, the upper deck contains a skylounge that opens out onto the stern area, offering a teak table seating 12 and a sofa. In the bow area, on the other hand, there’s a Jacuzzi and a sun lounge. A second sunbathing space in the stern area on the sun deck offers the owner and their guests privacy, as well as doubling up as an area for socialising with the help of a big barbecue and a bar space. The yacht’s propulsion is provided by two MAN V12-1400 engines.

Again in Viareggio, Benetti also delivered BD107 “Aslan”. She is the seventh Delfino 95 unit and her delivery was celebrated by the owner, his family and about 40 guests with a two-day party. This is the first time a Delfino 95 has ever been designed with a blue hull right from the outset. The simplicity of the colourways and materials used give this unit a highly original sense of elegance. The alternating white, blue and red colours and the use of teak recall the world of sailing yachts, which is where the owner has his background.

The interiors are the work of the Benetti Yachts Interior Style Department, under the guidance of the owner, and the result is a yacht that puts the emphasis on enjoying the sea, pure and simple. All the spaces those of a contemporary and elegant yacht, with references to maritime tradition throughout in the form of teak used in alternation with light-coloured carpeting and Taj Mahal marble.

The main deck hosts an elegant living area featuring open bookcases at the owner’s insistence. The dominant colours here are blue and white and the floor is split between carpet and teak with Wengè inserts. The owner’s emphasis on simplicity is also apparent in the fine fabrics used for the sofas and chairs, like those used for the wall inserts by Loro Piana. On the same deck, amidships, the galley has a special tap for boiling water, a feature expressly requested by the owner for making tea and one that clearly reveals his British roots.

Moving abow, there’s also the owner’s fully carpeted cabin. The his and hers bathrooms, separated by a big shower area and dominated by light-coloured teak wood, have Taj Mahal marble floors. The lower deck hosts the guest cabins and crew area. The 2 crew cabins and the captain’s cabin all feature fine materials that ensure continuity with the yacht’s styling.

One striking feature of the bow area on the upper deck is a full-custom Jacuzzi that is larger and deeper than the pools normally found on boats of this type. Built entirely by a Tuscan artisan, the interior is clad in a fine mosaic that follows the contours of the boat.

Last but not least, in the same period Benetti Yachts has also delivered BS011 (still the internal code) to her owner. This Classic Supreme yacht features exteriors by Stefano Righini and interiors by Mexican architect Ezequiel Farca and Benetti Style Department. With its streamlined profile, the yacht has full-height windows that flood the interior with natural light on both the main and upper decks.

The interior layout provides five cabins for ten guests. The owner’s cabin on the main deck features big communicating his and hers bathrooms. On the lower deck are the four guests’ cabins, each with private bathroom. On this deck, in the bow section and separated from the guest area, is accommodation for a seven-member crew with four cabins, a galley and a dinette. In the engine room, a pair of MTU 12V engines provide a top speed of 14.5 knots and a range of 3,200 nautical miles at the cruising speed of 11 knots. 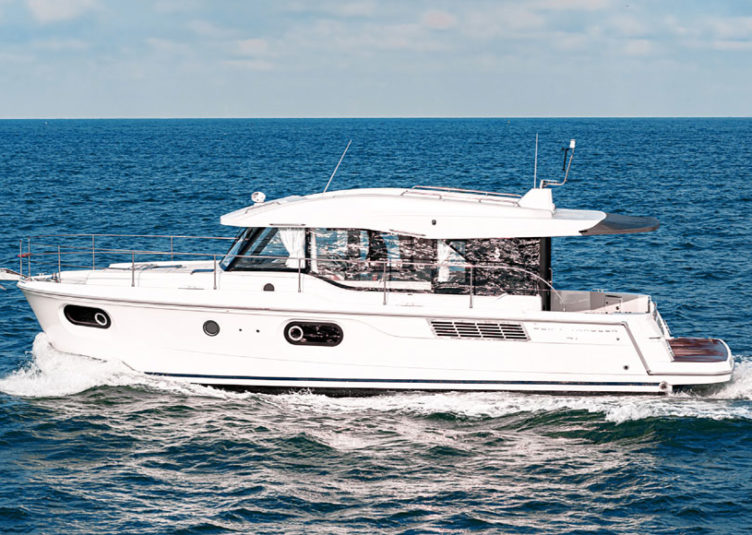 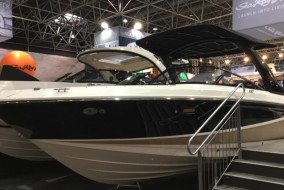 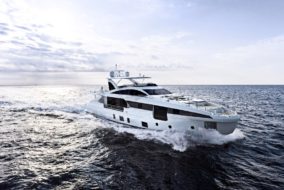 Azimut Grande 32 m: the new superyacht wants to break up with the past

The first Benetti Delfino 95’ “Christella II” has been launched