Majesty Yachts has launched in Monaco the Majesty 120. Another achievement for the parent company Gulf Craft, the largest boatbuilder in the Middle East.

Gulf Craft has taken the stage of Monaco Yacht Show to reveal a new model, built by their brand Majesty Yachts. The new Majesty 120 is a tri-deck superyacht and is going to be the first Majesty model to feature 100% electrically operated services on board. Gulf Craft’s in-house design studio is responsible for her naval architecture and exterior design, while the Italian studio of Cristiano Gatto Design Team undertook the interior design.

She’s a new 37-meter addition to the Majesty Yachts – Superyacht Collection. During the press conference, Gulf Craft Executive Chairman Mohammed Hussein Alshaali announced that that the first hull is under construction, with completion scheduled for March 2020. According to Mr. Alshaali the new Majesty 120 is ideally suited to European and American markets. Let’s try and discover then what it means.

The yacht measures 37 meters (or 120 feet) in length and 8.10 meters in beam, with a draft of two meters. Majesty 120 is constructed using advanced composites such as GRP and carbon fiber. Gulf Craft’s in-house design studio is responsible for her naval architecture and exterior design, while the Italian studio of Cristiano Gatto Design Team undertook her interior design.

Aggressive lines, by Gulf Craft’s in-house design studio as we said, define the new model, while the family feeling is given by the signature Majesty Yachts windows lining the hull. Extensive use of glass connects the interior spaces with outdoors, helped by low bulwarks and ornamental glass railing design. The 120 can accommodate up to 11 guests in five staterooms with an asymmetric layout, plus seven members of the crew.

Among the peculiar features onboard, Majesty 120 features a Jacuzzi on the sun deck as well as a hybrid beach club: hybrid, because it is convertible to a tender storage. On the lower deck, the VIP stateroom entertainment area can be transformed into a spacious lounge quarter. According to a statement by Gulf Craft, the new Majesty 120 boasts 30% larger outdoor entertainment areas compared to other yachts in its class.

The interior design brief called for a minimalist boat to meet international tastes, and this job has been bestowed to designer Cristiano Gatto: he had already worked with the shipyard on projects including the Majesty 175 and Majesty 140, and on the new 120 he created a modern and contemporary design.

Another peculiarity is in the technical compartment. The model is the first-ever Majesty Yacht model to be completely electrically powered: in other words, apart for the engines and generators there’s no hydraulic systems onboard. The goal was to create a noise-free environment as well as a more efficient construction process, that should lead to a care-free maintenance lifespan for her owner. No pipes with high-pressure oil run around the yacht, while everything is monitored from the main switchboards at all times, meaning more comfort for guests and less work for the crew.

Construction on hull one of the new Majesty 120 began in March 2019 and will be completed by March 2020. 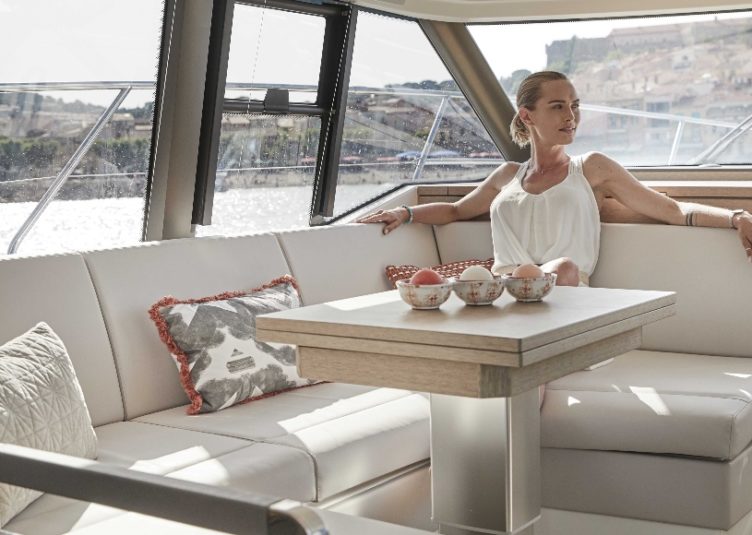 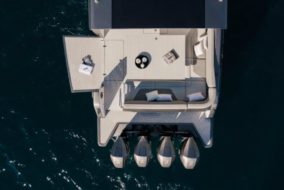 Azimut Verve 47: four engines look to the USA, the versatility suits everybody 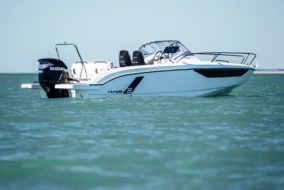 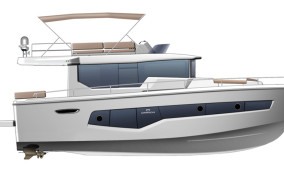