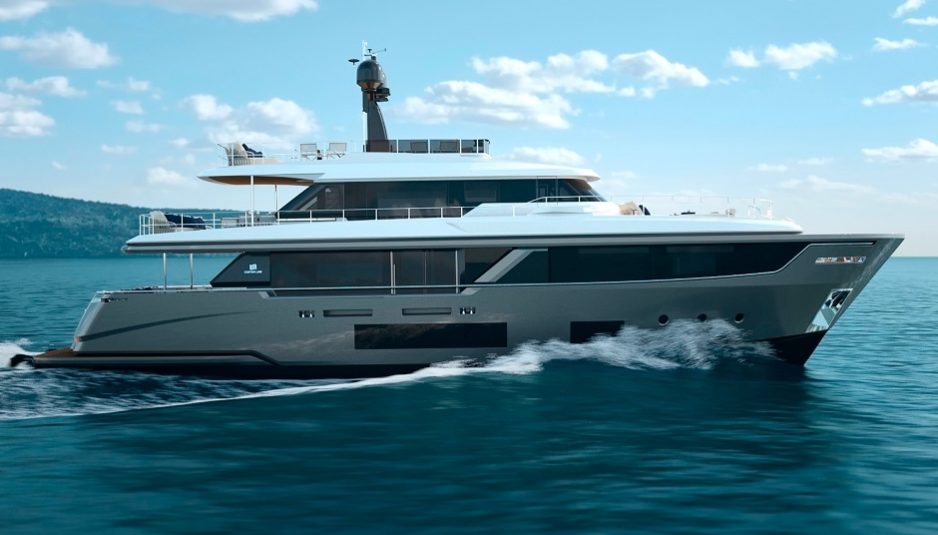 The classic profile of the yacht places the emphasis on the way the lines stretch out horizontally, so the vertical connections between the decks almost go unnoticed.

In addition, the drop from the superstructure on the upper deck has been shortened near the glazed window of the owner’s cabin, giving the yacht a streamlined shape to make her sportier. Again, there’s a gap between the hull and the superstructure, which has been created by raising the joints with the upper deck to form two clearly separate parts.

Outside, the design features large glazed windows in the hull and superstructure, with deck heights of more than 2 m and very spacious areas forward and aft. With finishes and furniture that match those insides, the outdoor spaces can be used not only for dining but also for relaxing.

This project claims to break new ground in many significant ways, starting with the large volumes: the wide body configuration means that owners and guests have full beam spaces, like the master suite or the lounge on the main deck, in addition to four VIP cabins and a crew area on the lower deck. The yacht’s upper deck features a dining area and lounge, with access to the integrated bridge that is located further forward.

A brand-new hull has been created for Custom Line Navetta 30, with lines on the bottom that extend it forward. It is designed not only to host the aforementioned large spaces but also to offer good performance and minimize consumption.

Moving inside, the interior design scheme was developed in partnership with Citterio Viel. The firm has given a contemporary twist to a traditional maritime style, from the concept to the colour palette. The classic design of the curved lines on the furniture and window frames sports a modern outlook on nautical traditions, as does the use of teak. Its allure is complemented by the vibrant “sporty chic” of carbon detailing, surfaces with quartz fiber combined with fiberglass to create customized textures, sophisticated lacquer and fabrics with ultramarine blue stripes. This, in order to reject a more residential outlook and avoid a clear distinction between the yacht itself and the items on board. Built-in furniture was specially designed and made using natural leather, solid wood and plywood, with some craftsmanship on display.

Ferretti Group goes greener, as the Ancona site is given a trigeneration plant

Custom Line Navetta 30 is made for long cruises, with low fuel consumption and good performance. In her engine bay there’s twin 800 hp MAN I6 engines, for a top speed of 14 knots and a transatlantic range of approximately 2,150 nautical miles at a cruising speed of 10 knots, which become 2,700 excluding a 10% reserve. But there’s more options, like twin 1000 hp MAN V8, as fitted on the first unit, or 1200 hp MAN V8s.

When at anchor, the Navetta 30 is equipped with stabilizing fins, which can be fitted in conjunction with Seakeeper systems on request.

Again, comfort is enhanced by soundproofing based on targeted mathematical analysis of every source of noise on board, and the installation of a floating floor to reduce the transmission of sound from the engine room to the living areas.

Custom Line Navetta 30 is under construction in the Super Yacht Yard in Ancona, and she is due to make its official debut at the next Cannes Yachting Festival. 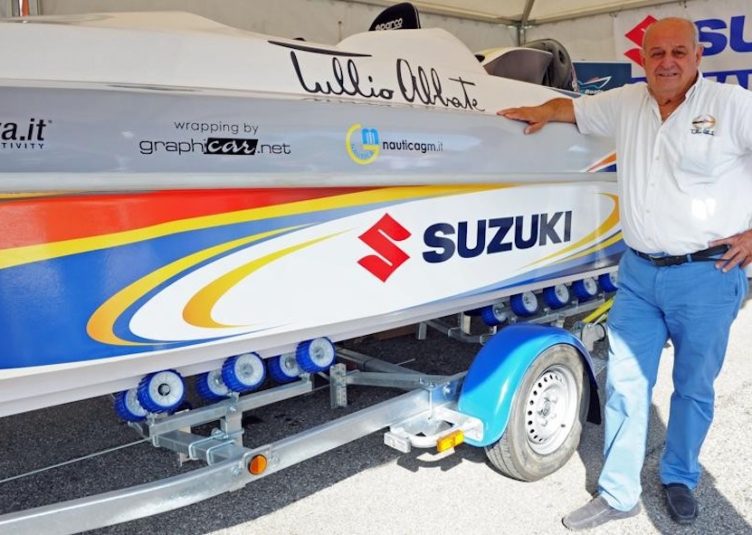 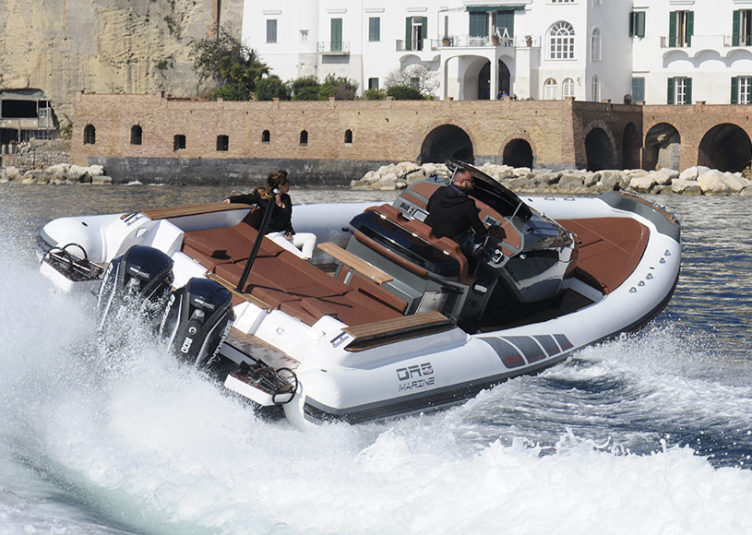 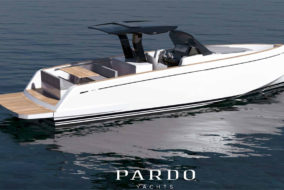 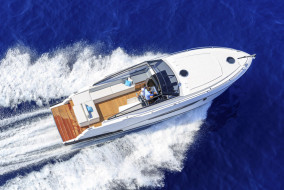 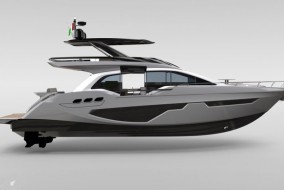