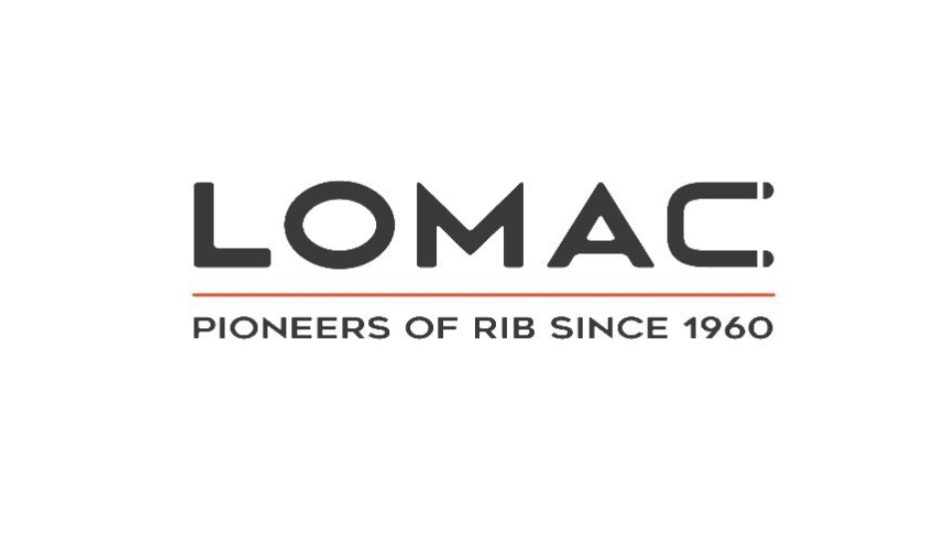 The Italian boat builder Lomac is turning sixty, and is renewing its visual identity and launching a new logo. In fact, there are going through a bigger process.

Sixty years of history is an important milestone, even when you are part of a national excellence like the marine industry is in Italy. Lomac, one of the famous builders of ribs in the Country, is approaching this anniversary by developing a comprehensive product and marketing restyling plan, the fruits of which we’ll be seeing in the coming months.

Some more words, too

The first step in this wide-ranging project is the launch of a new logo and pay off, made to have an impact. “Pioneers of RIB since 1960” proudly recalls the pioneering spirit of the Lo Manto family, founders and owners of the Company.

Using the materials that tires are made from, Lomac has developed and patented a special high-strength rubber finish in partnership with the Vibram brand (famous worldwide as a manufacturer of soles for the footwear industry), which they use to reinforce the company’s inflatable boats in the points most prone to wear.

In addition, by replacing the simple fabric and slat floor with a fiberglass hull, Lomac have established themselves as an important player in the luxury yacht industry. And with the introduction of the GranTurismo and Adrenalina ranges, created in partnership with Federico Fiorentino, Lomac is now successfully entering new markets.

Test – Lomac GranTurismo 14.0: a goal or a starting point?

Test – Lomac Adrenalina 9.5, when the name says it all

The extended and accented ‘C’ in the logo is another reference to the tradition of innovation, paying tribute to the yard’s founder, Calogero Lo Manto: this ‘C’ is added to the first two syllables of the family’s surname to form the brand name.

A second version of the logo, designed for clothing and merchandise, pays tribute to the city of Milan, Italy’s fashion capital and the Company’s home town, with which Lomac shares both the desire to be ahead of the times and an ever growing passion for smart design.

Soon we’ll be seeing the next steps in the restyling process. 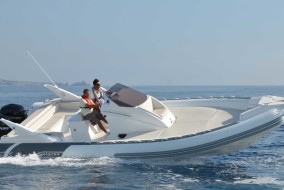 Master 996 with joystick Mercury, the good and the evil 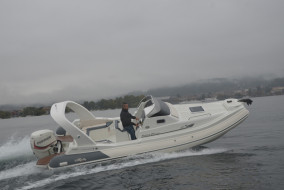 New in 2019: Avon and Torqeedo launch the eJET 450 electric tender