Absolute 50 Fly: is the new Italian yacht an Absolute achievement?

The shipyard names the new Absolute 50 Fly as “The Absolute Achievement”. Let’s try and see why, and if it’s close to the truth.

In the 15-meter range, owners of yachts are usually particularly demanding, trying with their boats to satisfy many conflicting needs. Certainly every boater, when buying a craft, aims to have the best, but in the 50-foot segment we often look for an all-rounder: a yacht that has outdoor space to make day trips with friends, many cabins for long cruises, then it must be easy to command alone, but have a crew cabin for when you want a captain. And then it must feature performance, range, stability at anchor and in rough seas …

The new Absolute 50 Fly has been launched using the motto “The Absolute Achievement”. Will the Italian shipyard succeed in their ambition? It’s most likely possible, and let’s see the reasons.

On the 50 Fly, outdoor relaxation is ensured by a versatile cockpit that connects directly to the galley (located towards the aft), and equipped with a sofa that converts into a sundeck.

The large flybridge sports a table with a C-shaped sofa to aft, a kitchen cabinet, an additional sofa aside the double helm station, and a large sundeck to bow. All of it can be shaded, when needed, by a large T-top with electric awning. There is also a third sundeck at the bow of the main deck, reached by the two side walkways.

As mentioned, the galley inside is by the sliding door, and it develops on two sides. It can even be separated from the amidships dinette via an electrically sliding glass. On the starboard side there’s a further piece of furniture for storing dishware and another sofa facing the table. The helm station is connected directly to the walkway thanks to a side door, and has immediate access to the electrical panel and switchboard.

Below deck, the full-beam owner’s cabin is amidships, illuminated by the pillarless side windows. In addition to the king size bed, there is a closet, a sofa, further storage space, and of course a large en-suite with separate shower.

The VIP also takes the entire width (not much narrower to bow than in the center). The bed is accessible from three sides, while the bathroom (slightly smaller than the master’) has double doors to serve the third cabin with twin beds.

Aft of the engines, a fourth cabin with bathroom can be used by the crew or another guest.

Is there anything the Absolute 50 Fly doesn’t excel at? Perhaps, but it is subjective, in the lateral visual impact, which is definitely not slender due to the superstructure and the large T-top

On one hand, Volvo Penta’s IPS leave a lot of space, and on the other grant good performance and excellent handling, completing the picture of a yacht that wants to offer much of everything.

Is there anything the Absolute 50 Fly doesn’t excel at? Perhaps, but it is subjective, in the lateral visual impact, which is definitely not slender due to the superstructure and the large T-top. But the eye immediately moves to the captivating shape of the side windows, which in the bow lower almost to the flooring and, thanks to the opening in the gunwale, give a close view to the sea.

The final question therefore is: has the Absolute Achievement target been achieved? In our opinion, mostly yes, then we’ll see what the owners will say. In the meantime, you can check the yacht out in the image gallery above and in the video below.

The numbers of Absolute 50 Fly 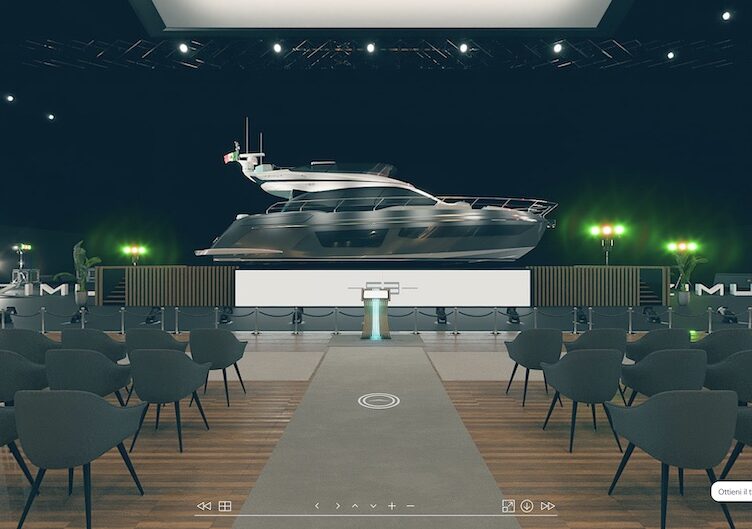 With A-Room by Azimut Yachts, the virtual show is... 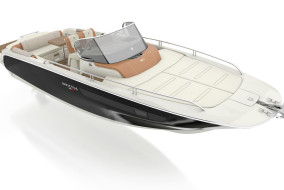 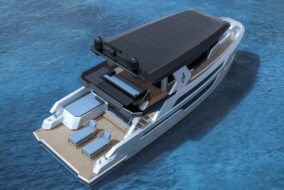 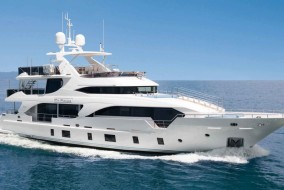