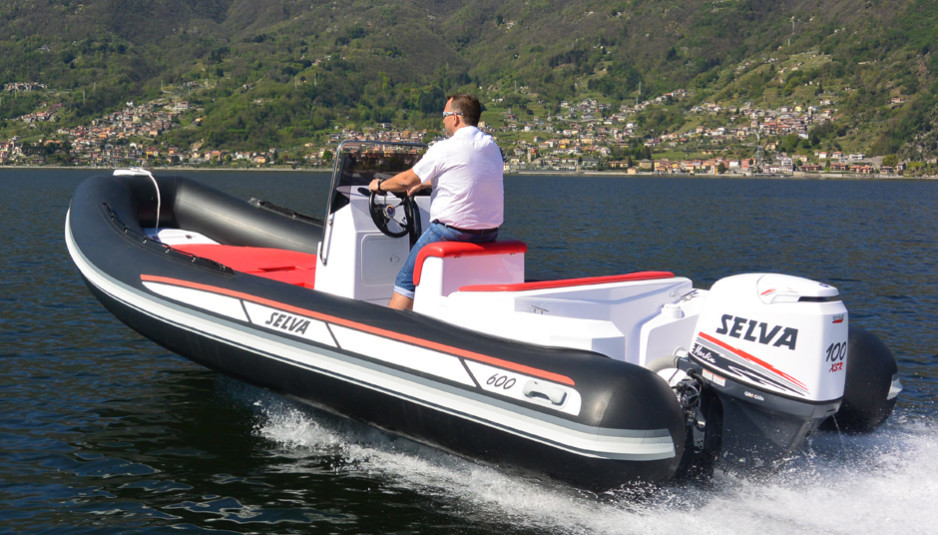 The Selva D 600 has already been on the market for some time. It has also undergone a restyling in the layout, without dropping the first “600 DS” version which is fully dedicated to sun bathing.

What is new in this case is the “Black Edition” limited version, that we tested in bundle with the Selva Marlin 100 XSR outboard.

The XSR name dubs the sportier version than the standard one: same power, but more acceleration and performance thanks to a modified ECU. And the red-and-black look of the rib is a further statement of the aggressive nature of this package. With the Marlin 100 XSR, the D600 has reached a top speed in excess of 40 knots at 6100 rpm, on a moderate water and against a weak northern wind.

The power range for the Selva D 600 spans from 80 to 115 HP, so this unit delivering 100 ponies is the perfect combination of affordability and performance.

The cockpit combines walking areas and furniture in a good balance, with the center console that leaves a walk-around passageway and a front facing bench that can be expanded to bow into a solarium with lockers underneath. 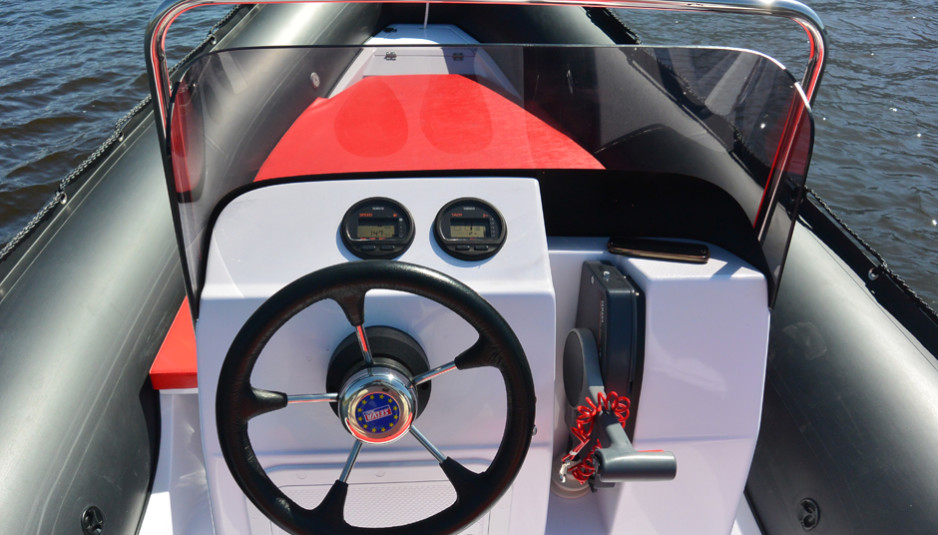 The aft bench hides another storage and takes the full beam of the transom, while its back wraps the seat on both sides. A third locker is hidden beneath the leaning post. The helm station has enough room for engine gauge and speedometer, but the space for further electronics can be occupied by a rather small GPS plotter. 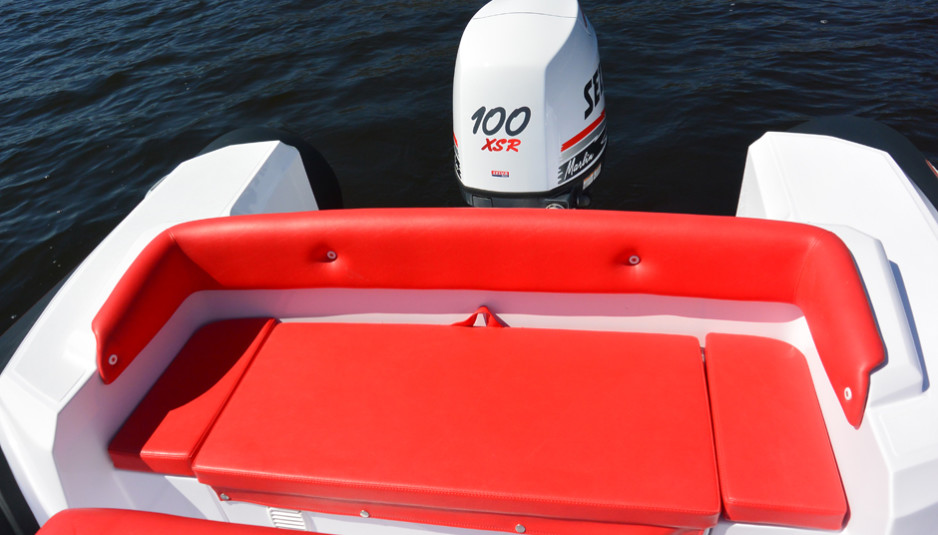 As for the black tone, it sure gives an aggressive look to the whole boat, but be careful in the hottest hours of the day as the tubular can heat up to an annoying level.

On the northern Como Lake the water is a bit choppy, for the wind, but we are allowed to rev the engine as high as we want. And the Marlin 100 XSR is eager to follow our inputs: we rev to 6000 rpm, the factory limit, and we even exceed it reaching 6100. The speedometer says 40.1 knots. When against the (moderate) wind we work on the trim and get the same top speed. The handling is brilliant, and the acceleration very fast: in 4 seconds we get to plane, and touching the water only from midships to aft. We can’t read the fuel consumption, but the behavior of the hull and the clear, linear wake tell us that the efficiency must be very good. 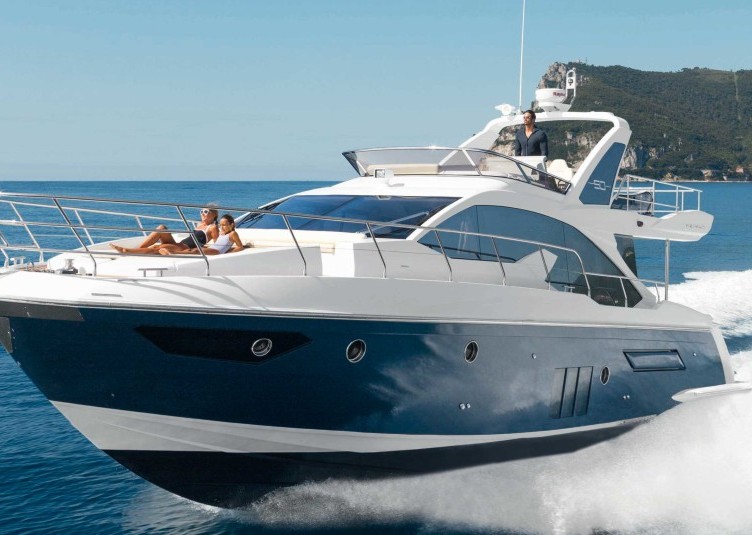 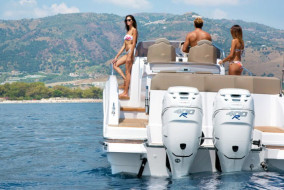 Below the line: seven cruisers that won’t go too far 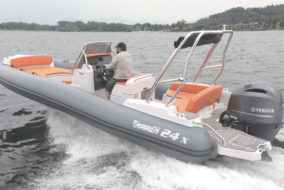 Marlin 24X on test: the details make the difference