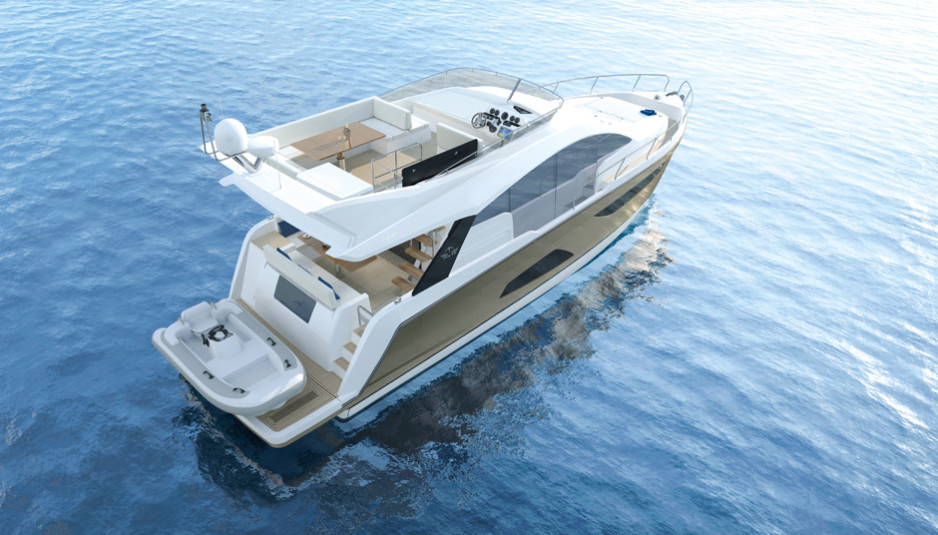 Here’s a preview of the new Sealine F530, ready to debut at Cannes Yachting Festival in September, where she will unveil a renewed design by Bill Dixon, with traits that have become the new family feeling of the shipyard after the acquisition by the German group Hanse.

15.94 mt long and 4.6 wide (52ft 3in x 15ft 1in), this new Sealine sports the same evolved look already seen on the smaller siblings S330 and C330, introduced in 2015. In common with the previous (and pretty peculiar) design course, some square lines and the sloping, black pillars by the cockpit are still there.

The side windows are very large as before, but their lines are less linear and more curvy. The cockpit and the passageways are well protected by two “winglets” reaching the sides of the flybridge. Up here, a large C dinette to port is completed with a double front-facing seat and a large solarium. To starboard, another double bench serves the helm station. Both the double seats feature adjustable backs to turn into chaise-longues. All the space can be protected with an opening hard top or a simple bimini awning.

The ladder, with teak steps, connects with the cockpit where a wide couch occupies the transom. Moving to fore, the solarium can be shaded with a bimini featuring cool carbon-fiber poles. By night, the same space can become a charming lounge enlightened by pop up lamps.

Belowdecks the new Sealine F530 boasts 3 cabins and two heads with separate shower, while worth mentioning is the huge window around the salon: it measures 3.90 meters in length and 1.70 in height (154×67 in).

For more details and a live contact, the appointment as at 2015 Cannes Yachting Festival. 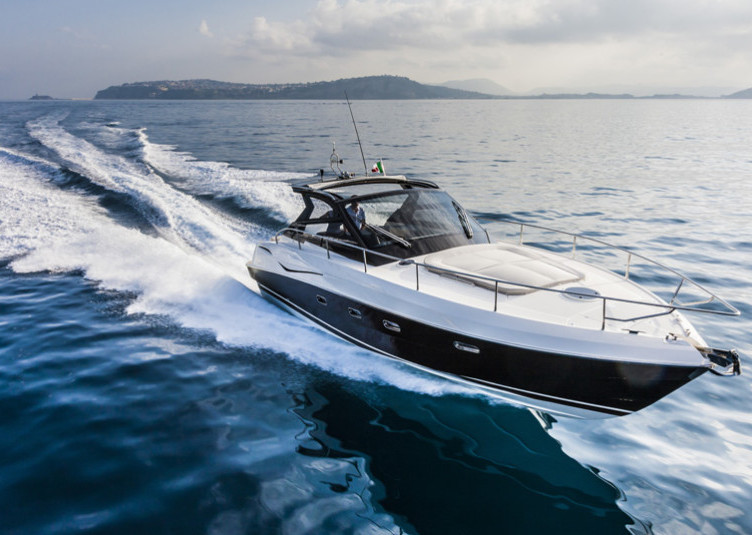 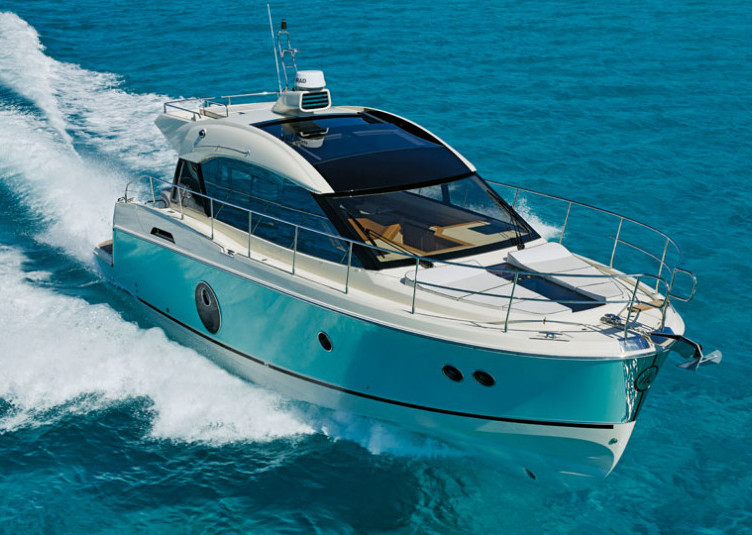 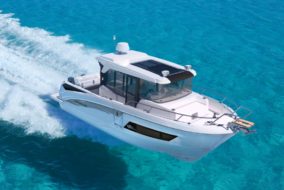 New Barracuda 9 Sport: fishing and comfort meet on the sea 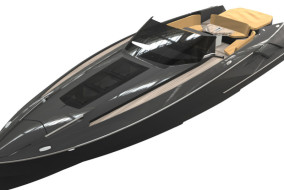 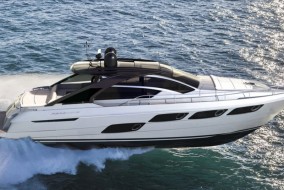