Azimut Yachts, the division of Azimut Benetti Group focused on 12- to 35-meter motoryachts, grows by 15% in the first four months of the nautical year.

Azimut Yachts scores a double-figure growth on the same period of previous year (+15% in value), twice as much as the market (+8%), thus increasing their market share worldwide. This is just some of the data lately presented by Giovanna Vitelli, Vice President of the Group.
As for production strategies, the Company is investing much on extended use of carbon-tech, thanks to the know-how acquired in the latest years with relevant investments in design and process engineering. 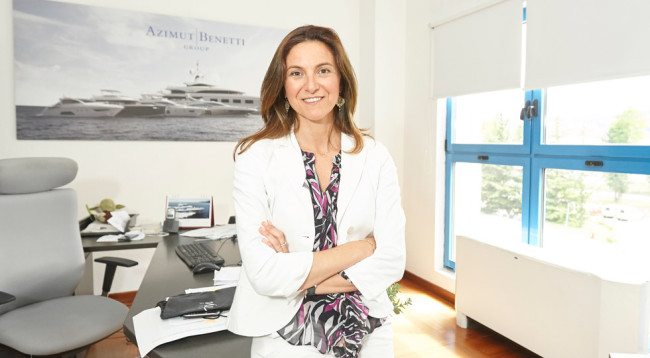 The boating season should be very positive for Azimut Yachts, the brand of Azimut Benetti Group: this year, according to the 2017 Global Order Book*, they ranked for the 17th time world’s largest producer of luxury yachts over 24 meters, with 2,594 linear meters of yachts built. The Azimut Yachts division, which makes about 50% of total Group sales, in the first four months of nautical year (September-December 2016) did twice as good as the rest of the market, recording a order book of over 221 million euro. This, after a 7% growth registered in the previous year in the market, and with good signals even from MEA (+ 12%), Asia Pacific (+ 18%) and Europe (+ 25%). The best performances, however, were recorded in Brazil, which grew by 28% and where Azimut Yachts expands its leadership thanks to the decision to create an international hub for the Americas.

The excellent results of Azimut Yachts were driven by both large boats (over 80′), marking an increase of 27%, and smaller ones (under 45′), which increase by 18%. The double-digit global growth comes from a prudent business strategy, based on the direct supervision of the markets in partnership with the best operators, and from a constant work in research and development: in the years 2016-2019, the Group has allocated a total of 100 million euro for R&D.

The attention to innovation and technology are part of the company DNA. Currently, the company is investing in a systematic way on the extensive use of carbon fiber, which is already a reality on a large number of products in the range, from the smallest measuring 16 meters to the new flagship, the 35.meter Grande, close to launch. The turning point is represented by the investment in the new “postcuring” oven, built at the Azimut headquarters in Turin, which allows to internalize the production processes related to carbon fiber, for the units built at that construction site. The mechanical properties of carbon fiber composites are such as to allow a significant weight reduction and thus increase performance.
Depending from the resins it’s possible to reach weight reduction from 20 to 40%; an opportunity eized by Azimut Yachts ahead of the competitors, with the aim of increasing the comfort on board rather than getting higher top speed. The know-how developed over the years is extremely complex because it required significant investments both in design and in process engineering, with a higher overall cost for the lamination of carbon products (+ 40%), which the company decided not to charge on the customer, but to reduce it in the mid-term thanks to economies of scale. 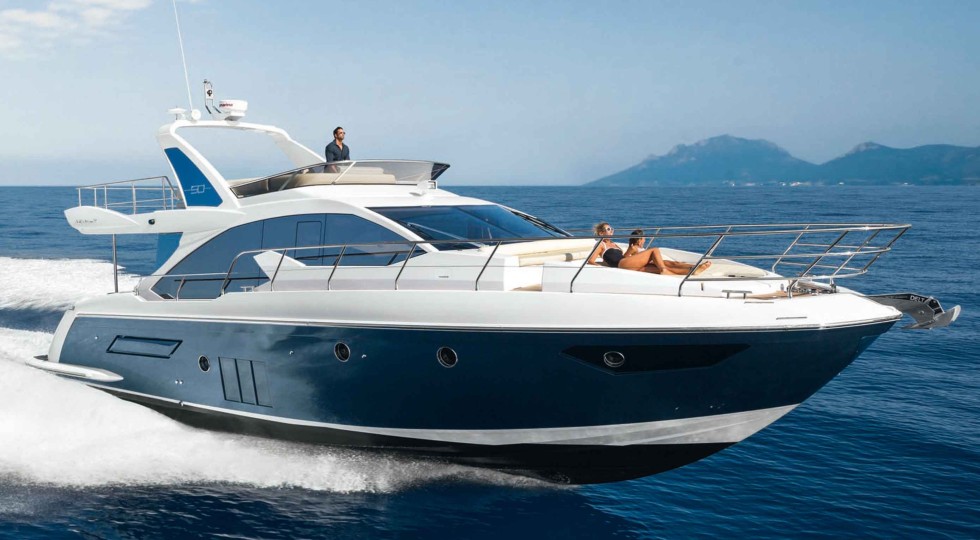 At Boot Düsseldorf, the Italian shipyard has displayed seven models, to cover nearly all Azimut Yachts collections: from the 14-meter Atlantis 43 to the 24-meters 77S. There was also Azimut 50 (here in a cool video) with a new layout, with galley on the main deck and pantry below to house appliances and galley. The unit also featured new outdoor sofas designed to offer home comfort on the flybridge.
2017 will see the launch of six new models that will be added to the 26 currently in production, for a total of 32 yachts in the range. Among the novelties, there will be S7, a 27-meter and a 35-meter. In particular, the two larger ones have already received the first orders, even before the official presentation: four and seven units have already been sold, respectively of the 35-meter and of the 27-meter.
* The world ranking of the largest boatbuilders, published by the American magazine ShowBoats International. 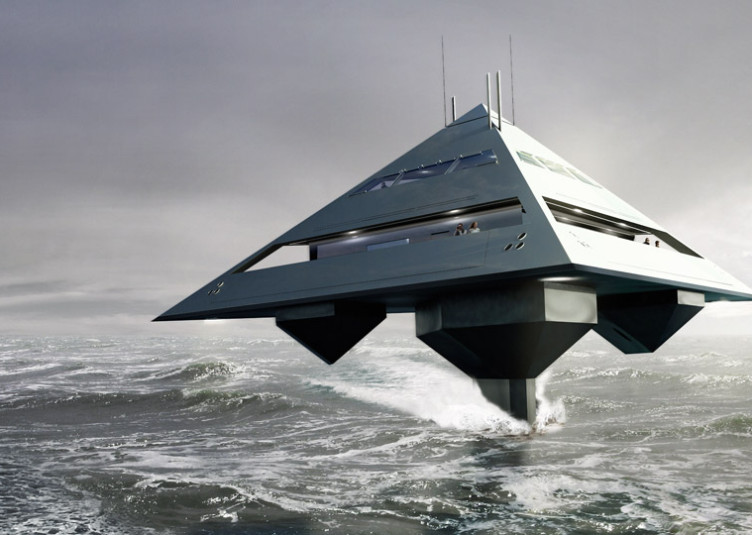 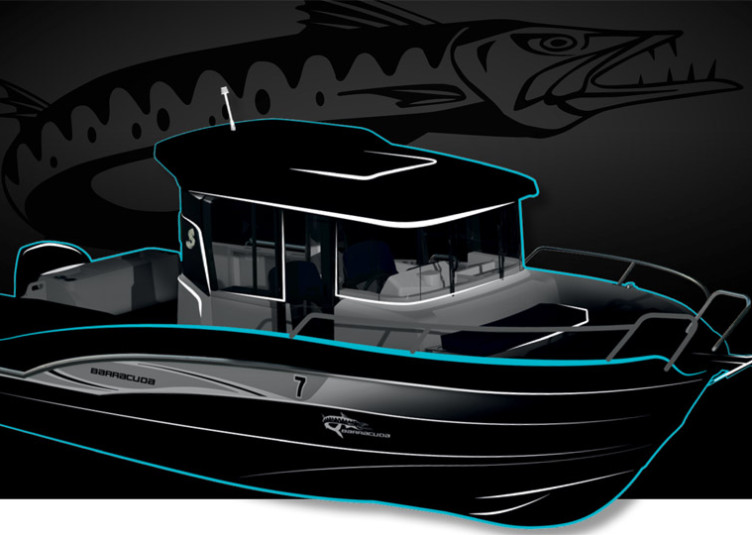 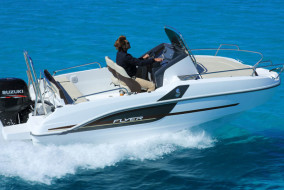 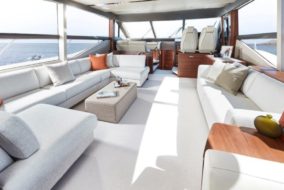 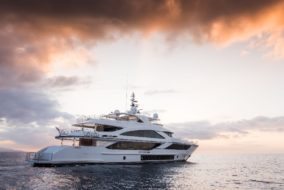 Majesty Yachts 140 and 100 are at the 2020 Miami Yacht Show after Ft. Lauderdale’s success