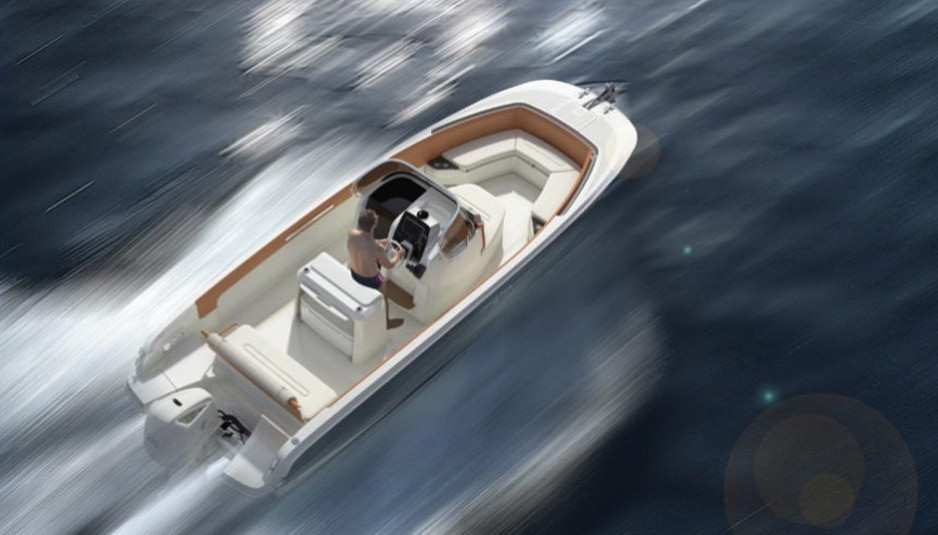 Invictus Yacht, and their dealer Nautica Bertelli, will play a major role at 2017 NavigaMi. The successful water show in Milan will mark the debut of 240FX and 280CX.

No doubt about: Invictus Yacht will be one of the main players of the 2017 edition of NavigaMI, the festival of boating which will be held in the heart of Milan, in the newly renovated Navigli area, 5 to 7 May. An event that is emerging thanks to its special location on the renovated docks, which takes recreational boating in the center of the lively Italian city.
It is a great opportunity for Invictus Yacht who, in cooperation with Christian Grande DesignWorks, introduced in the last years boats with cutting-edge design and elegant shapes, as a result of sophisticated stylistic and functional research. Invictus Yacht, with the usual support of Nautica Bertelli, will be at 2017 NavigaMI with an own pier in the middle of the dock, where six models will be moored including the two previews: 240FX and 280CX.

Both in the “leisure” and in the “fishing” versions, Invictus Yacht 240FX provides passengers elegance, comfort and a transforming layout, thanks to the bow area that can accommodate a comfortable sofa or be totally clear for fishermen. This new model is driven by a multi-purpose and sporty vocation: the aft bench has a tilting and adjustable backrest to become a comfortable sunbathing area; and the driver’s seat hides an icebox underneath. In alternative, a stand-up cabinet with kitchenette and bucket seats is available as an option. All the deck spaces are exploited in the smartest way to gain useful storage space, so to embark all the gear used on a day of sport and relaxation. 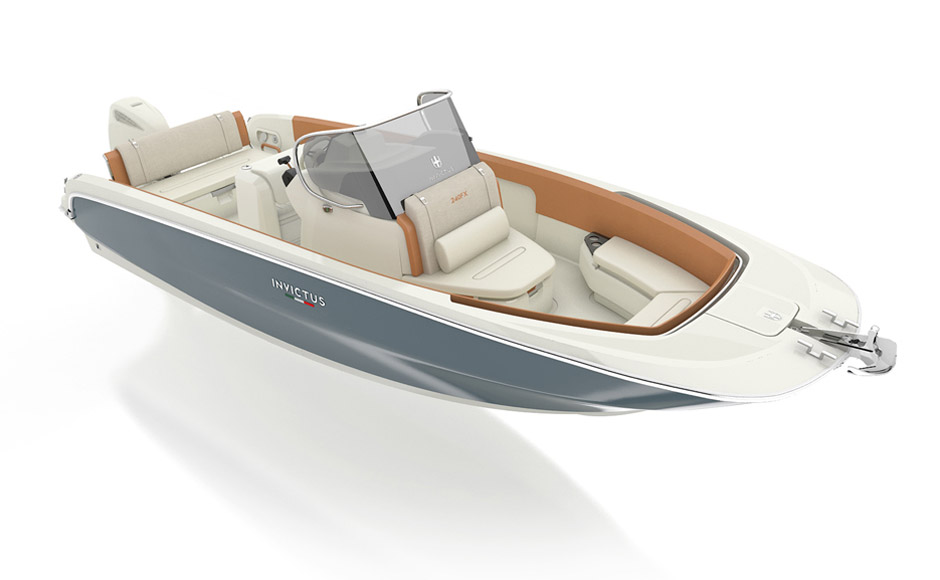 After the official launch at Düsseldorf Boot, it’s time for the new Invictus Yachts 280 CX to walk the stage in Italy. She will also be the first model of a whole new range. The stern hosts the large sundeck and an L-shaped seating with a central table, while the heart of the cockpit amidships features a stand-up seat which can be transformed to create a full seating around the table.
To get protected from the sun in the hottest hours there’s a retractable awning, conveniently housed in the bow, which extends over the entire living area. The pilothouse houses a cabin underneath, equipped with a wide seat convertible into a double bed. Among the features of the cabin is a wet bar with refrigerator and a separate bathroom with a unusually good headroom. 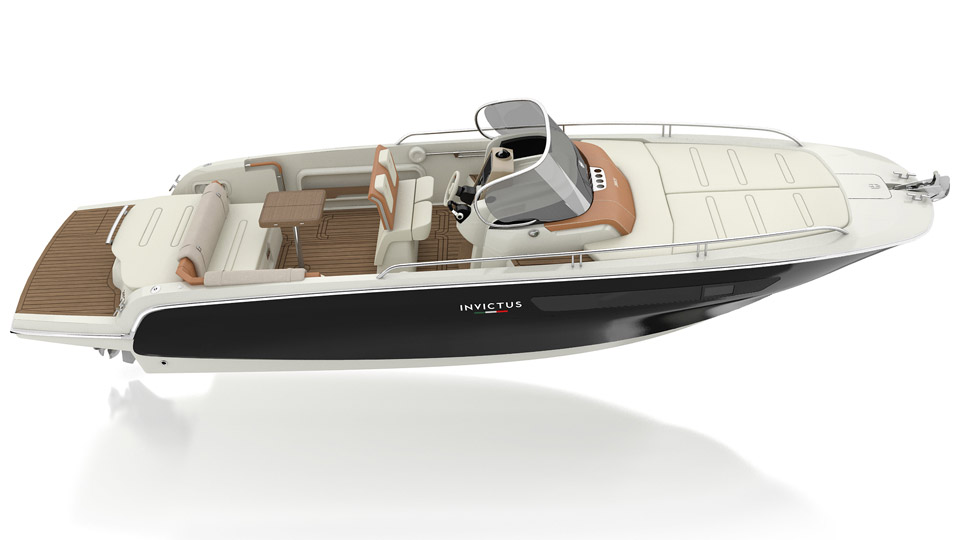 The Invictus Yacht fleet at 2017 NavigaMI will be completed by 280GT and 280TT, then the smaller 200FX and 190FX. To have more information about Invictus range of boats, Nautica Bertelli (as we explain in this article) is the exclusive dealer for central and northern Italy, Switzerland and Austria. 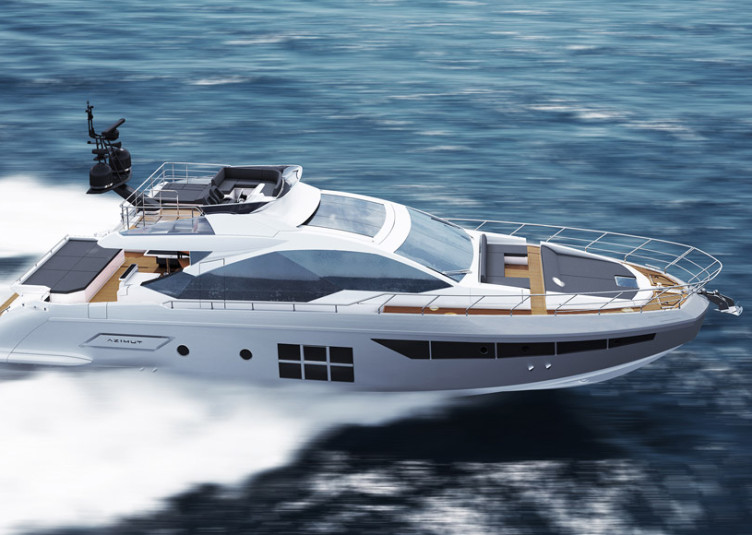 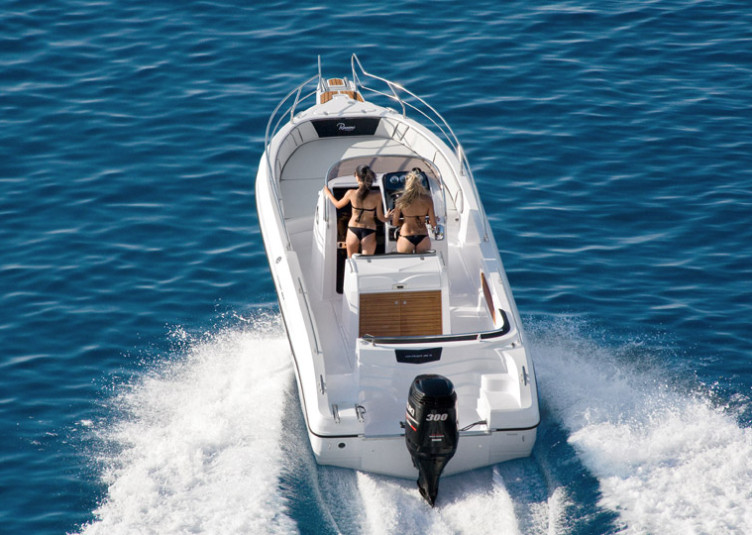 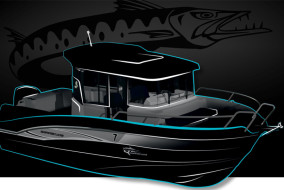 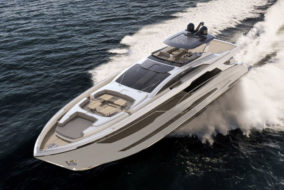 Her name is “Cento Piedi”: a 100ft yacht designed by Marino Alfani and built by Sedna Yachts 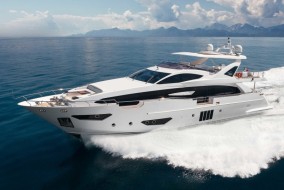