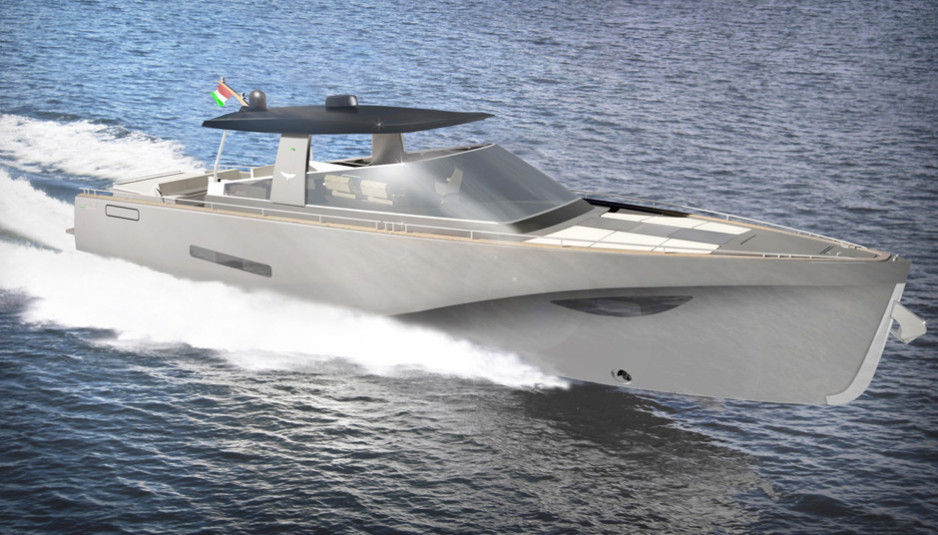 Heron 56, a one-of-a-kind motoryacht with a peculiar hull

A heron glides on the motorboats market with a strongly innovative design Here’s the new Heron 56 by Picco Yacht Design.

The project is from the architect Massimo Picco (Picco Yacht Design), a designer known especially in sailing. He’s the man behind the hull of Heron 56, the result of a research that has developed through the analysis of the hydrodynamic streams of the hull and the subsequent simulation. The end result is considered to be the key peculiarity of the new motor yacht: dubbing this hull just “unusual” is by far reductive. Its surfaces are completely smooth, so no spray rails, steps or redans. The goal is to create a hull that can grant minimal drag, limited fuel consumption, excellent performance with smaller engines, of course in maximum comfort. 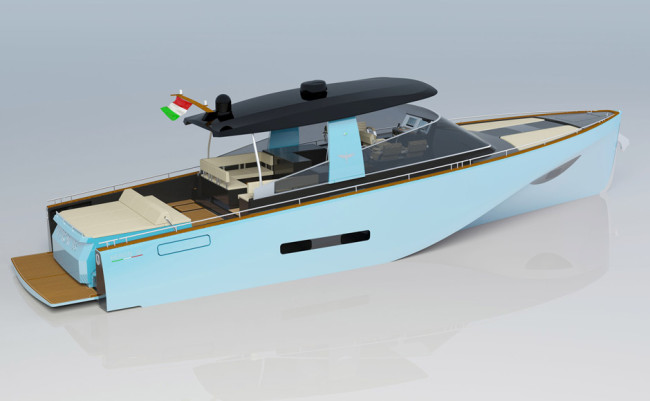 Heron 56: new under the water, new above the line

The Heron 56 waterlines are designed to ensure an even ride at any speed. The designer wanted to create a hull that would always have the same longitudinal trim inside the so-called “Delta speed” range between the minimum cruising pace and the top speed. The balance of traditional hulls tends to vary depending on the pace until reaching the maximum speed, while the Heron 56 longitudinal position remains constant. The yacht therefore promises to give strong feelings thanks to a polyvalent hull that can maintain high stability and lift. 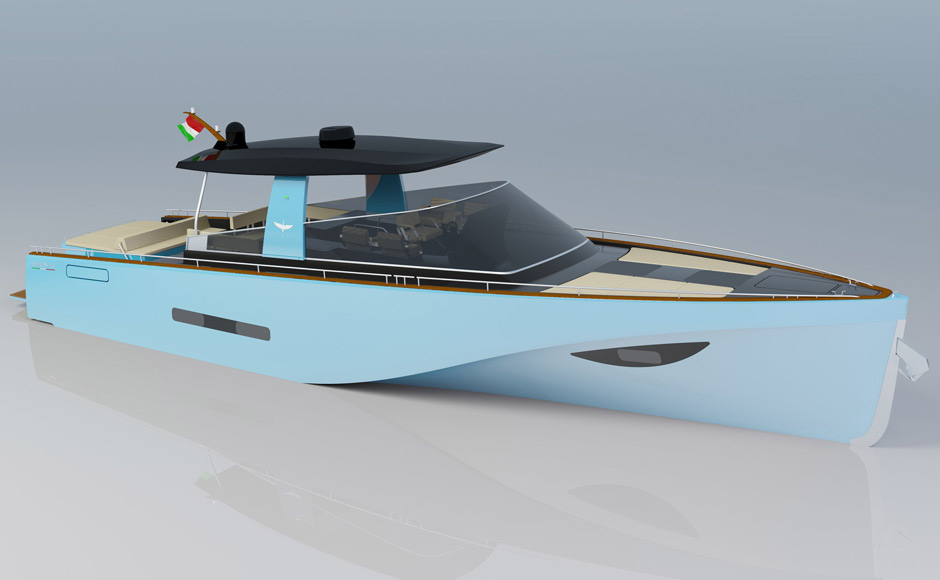 Another peculiar aspect is the vertical bow, sharp and longitudinally curved. Its side surfaces are flat, almost “stretched” to facilitate the flow of hydrodynamic streams on the hull of the boat. The unique lateral shape of the sides has been designed in accordance with the development of the keel’s bottom. The position of the hull center of gravity is moved forward than a traditional hull, while the aft round-edged cone shapes are the backbone of the live work. 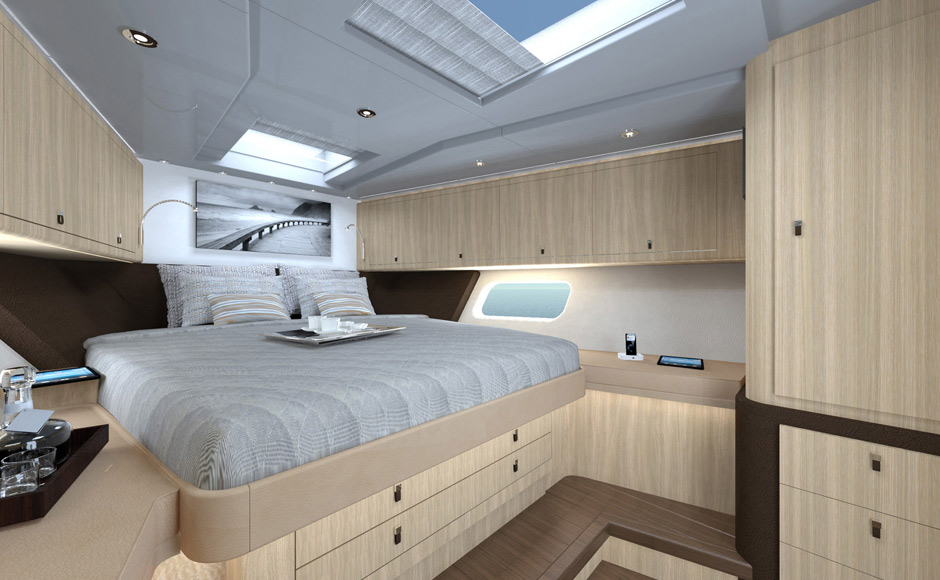 Analyzing the deck, it evident how it is designed to be lived “en-plein-air”, with large open areas and teak flooring. Starting from the central helm station, the cockpit has settees on both sides, all in Silvertex. In the middle there’s also the galley with a “peninsula” equipped with every appliance to prepare and conserve food. To aft is the living area with sofas for eight and a table. Another enjoyable area is the large sunbed placed above the garage door that can house a small tender. Three steps lead to the swim platform, illuminated by dedicated spotlights and served by a retractable ladder. The foredeck features a solarium interrupted by a center double hatch to give air and light undercover. Particularly interesting is the carbon T-top that shades the central zone and hides, an electrically tilt-down TV screen.

The interiors sport a master cabin to bow with a bathroom divided into two separate areas. Amidships there’s the two guest cabins, both equipped with heads; The crew cabin is in the back with access from the main deck. The interior fittings use natural bleached oak, highlighted by leather inserts in all cabins and lacquered gray metallic ceilings.
Heron 56 is powered by two Volvo Penta IPS600 for a total of 870 HP. Thanks to the particular hull shape it was possible to install small engines also for such an important displacement. Depending on the owner’s requirements, different combinations of engines and transmissions are provided, from shaft-drives to the more performing surface propellers. The launch of the first Heron 56 is scheduled for August 2017 with the official debut at the upcoming Cannes and Genoa Shows. 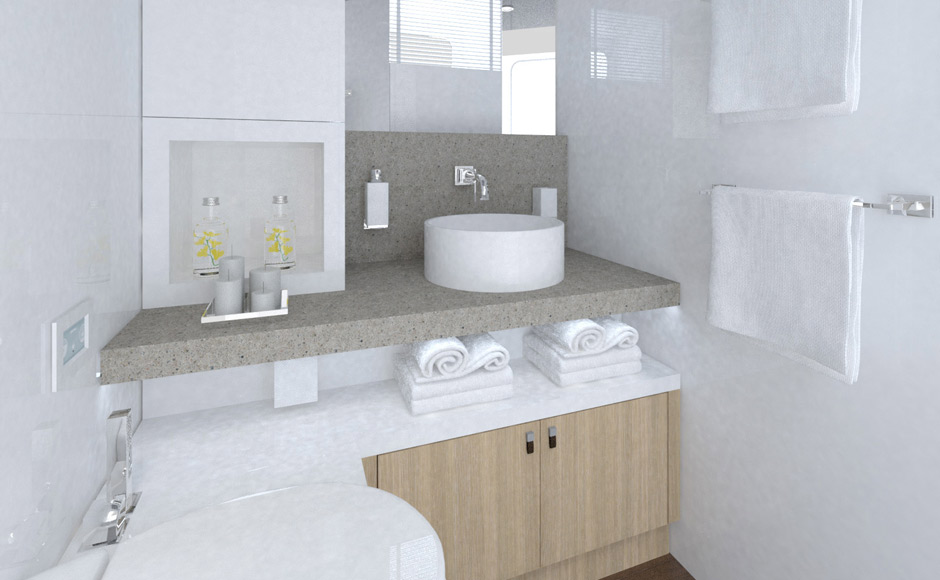 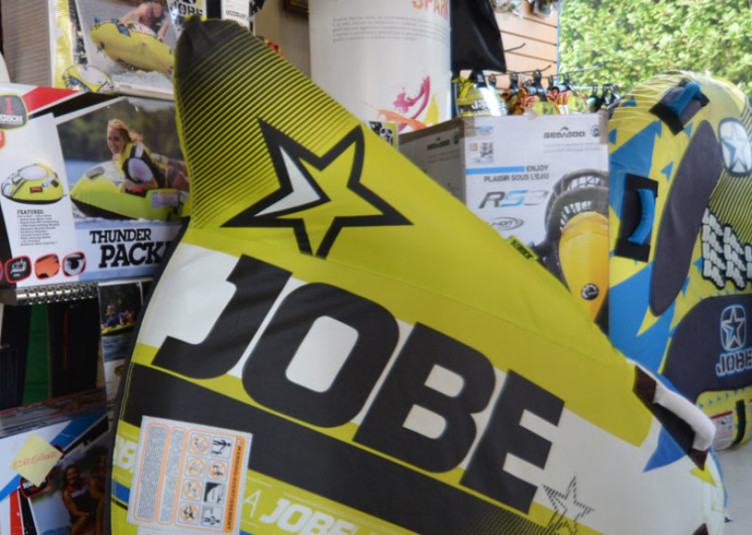 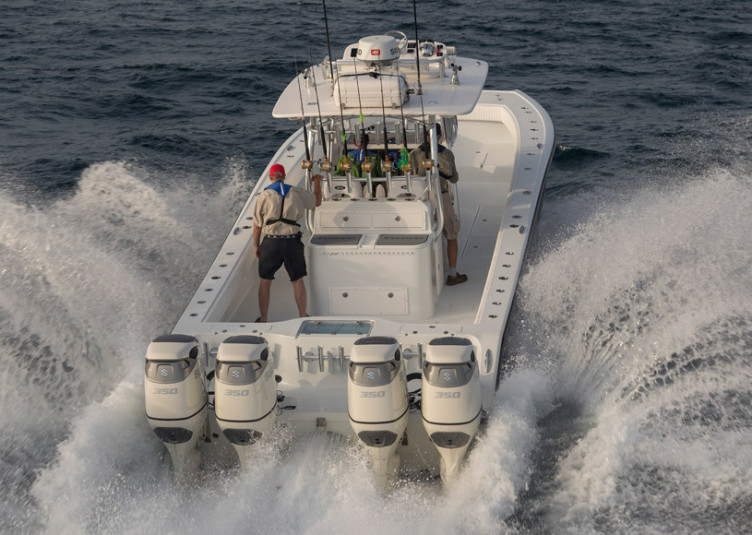 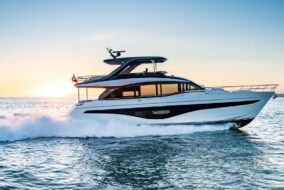 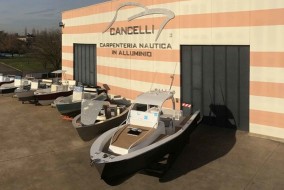 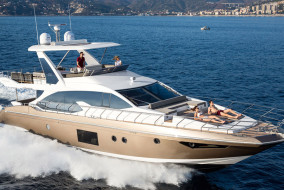 AM37 is the first boat to carry the Aston Martin name