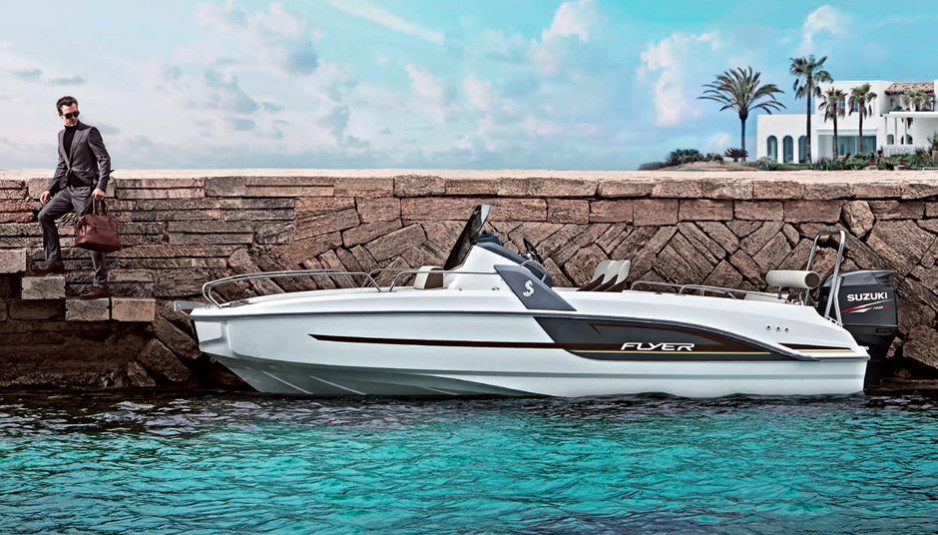 With the new Flyer 5 and Flyer 7 the range renewal from the French builder Beneteau takes another boost. The target is to offer a small cruiser, declined in three variants of deck, according to every boater’s need.

So, after the Beneteau Flyer 6 introduced this year in the versions named SpaceDeck, SunDeck and SportDeck, the Shipyard launches for 2015 another two boats, a smaller and a larger, named Flyer 7 and Flyer 5. 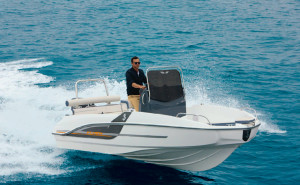 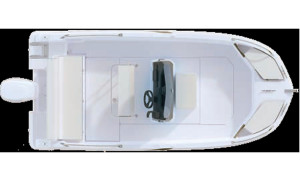 The Beneteau Flyer 5 is 5.50 meters long, and debuts in the two versions SpaceDeck and SunDeck, each representing a different way of interpreting the cockpit. The SpaceDeck offers a totally clean front area, allowing free movements between bow and aft thanks to the walkaround configuration (the center console leaves two passageways aside, hence the definition “walkaround”). 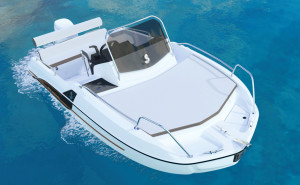 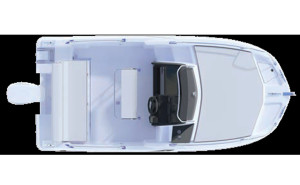 The SunDeck model, on the contrary, features a large sun bed in the front, and a small cuddy cabin underneath. On both versions the back cockpit hosts a bench to the transom, with a passage on the left leading to the swim platform and its ladder.

Beneteau Flyer 7, a unique but versatile model 7 meters and a half long, the Flyer 7 features a cockpit good for relaxing and for fishing. 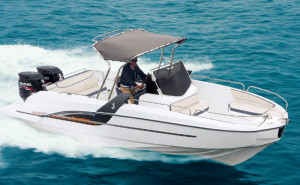 Beneteau has revealed just the SpaceDeck version and at the moment we can’t tell you if it will be the only one. She will mount two outboard engines for a total power of 300 HP. The cockpit follows the philosophy of the smaller sister, i.e. the walkaround configuration and the aft bench, but in this case two additional benches in the bow offer more seats to her passengers.

Both the Flyer 5 and the Flyer 7 are equipped with the patented Air Step hull, whose principle is to creat an air cushion underneath the keel to reduce the grip with the water and enhance stability, performance and seakeeping. Which in every-day terms means using less power (and less fuel) for getting the same speed. Two intakes beside the windshield capture the air and channel the flow underwater, right on the bottom of the hull, to create the said air cushion. Three strakes on both sides of the hull contribute to the steadyness while turning. 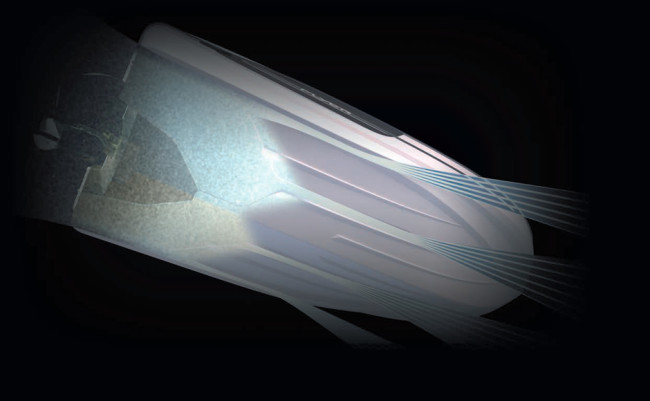 The Flyer 5 in numbers 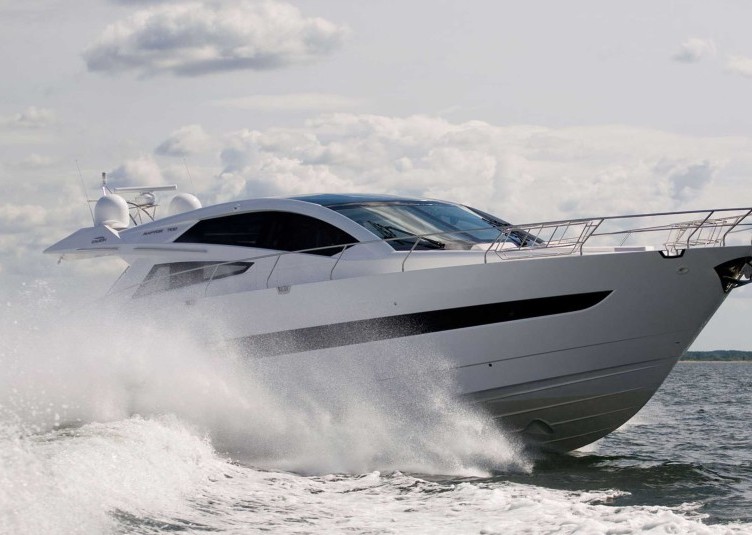 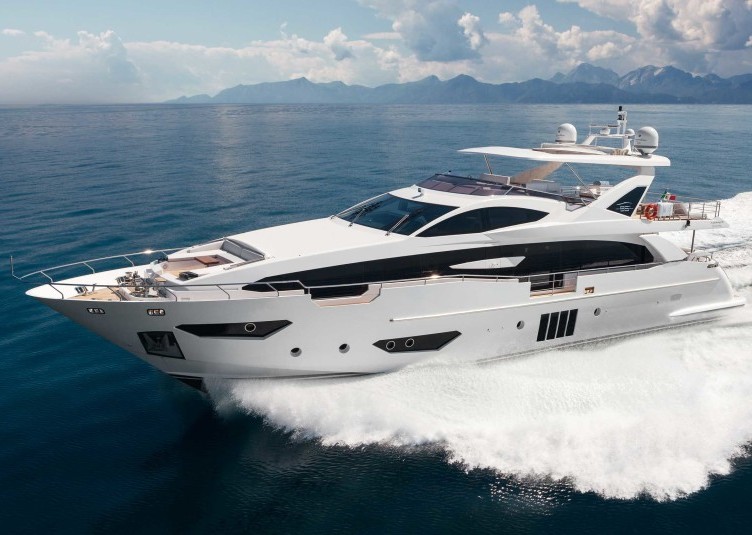 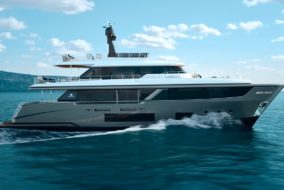 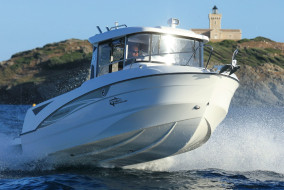 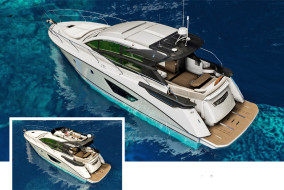 New for 2018: Beneteau Gran Turismo 50 is the flagship of the French sport cruisers