If you are attending the 2014 Fort Lauderdale Boat Show, October 30th to November 3rd, you have to visit the Boston Whaler stand and see with your eyes the new 420 Outrage, flagship of the same-name range.

It’s powered by 1200 HP, no less, split into four Mercury Verado 300, but if you don’t have enough you can go for the 350 units for a stunning total output of 1400 HP. The SmartCraft Vessel View that gathers into one screen all the diagnostics and the control of the engines. The pilot has to take care of the rudder only.

But it’s not just the pilot who can enjoy the 420 Outrage. This unsinkable (like every model by the American yard) 13 mt boat, is a proper sportfishing machine fit for every kind of gamer, from the professional one to the amateur that enjoys some catches while on a cruise. What you don’t realize from outside, is that the 420 Outrage has a real cabin belowdecks, featuring a V-couch, galley and separate head. All with a nice finish and the choice of two different trims. 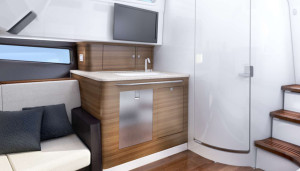 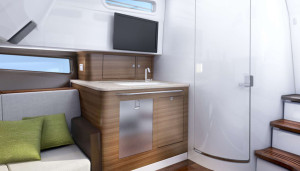 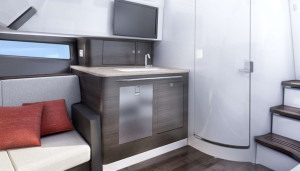 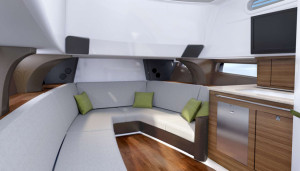 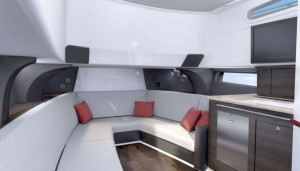 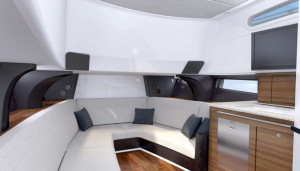 As is customary for many open fishing boats, the cockpit is split into an area for the gaming and one for relax (to the bow). But in this case, there’s space for innovation: the foredeck is inspired by large yachts, with couches, sun bed and chaise longues, according to the movements of the versatile seats. 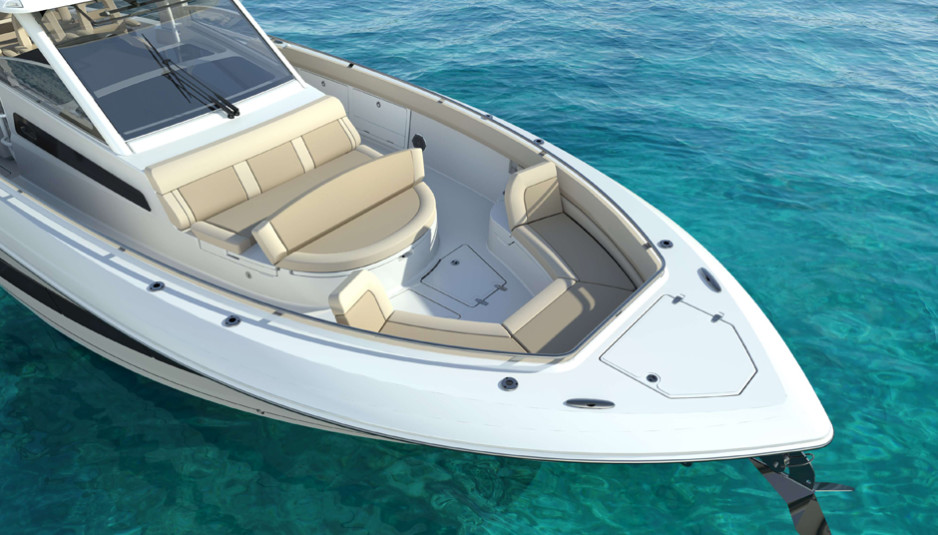 The same modular design characterizes the aft area: the three piloting seats can be rotated 360 degress, while the transom hosts a foldable bench. All around there’s room for lockers, tanks, wells, and the working area with drawers for baits, voids, and a large surface that turns into a seat by just sliding the back. 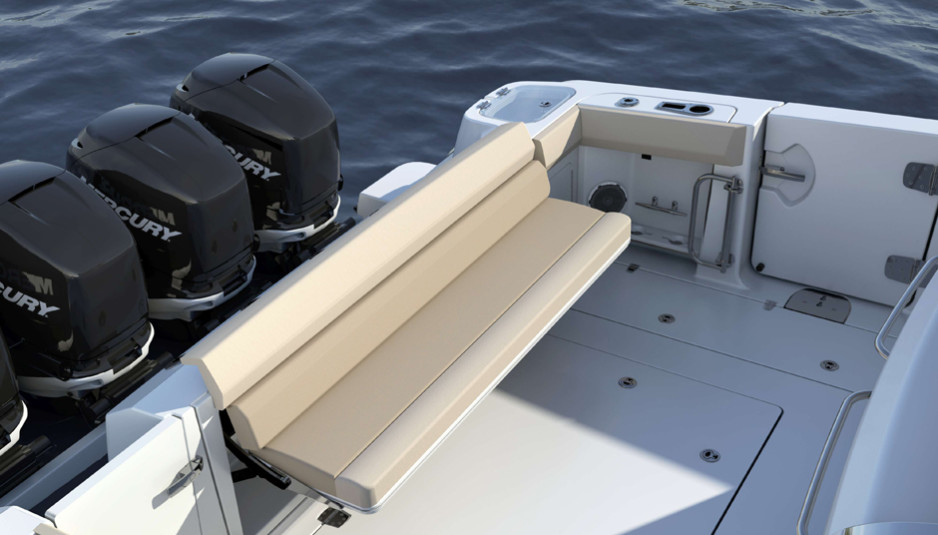 The numbers of Boston Whaler 420 Outrage 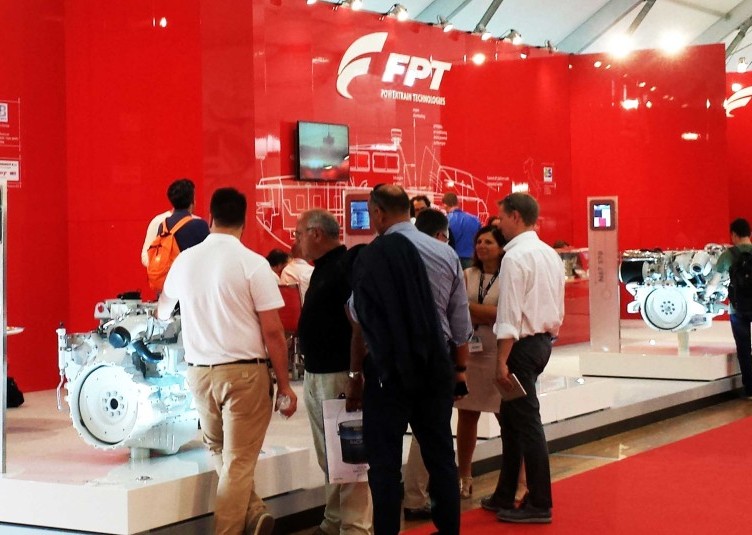 We've seen all the FPT Industrial range of marine... 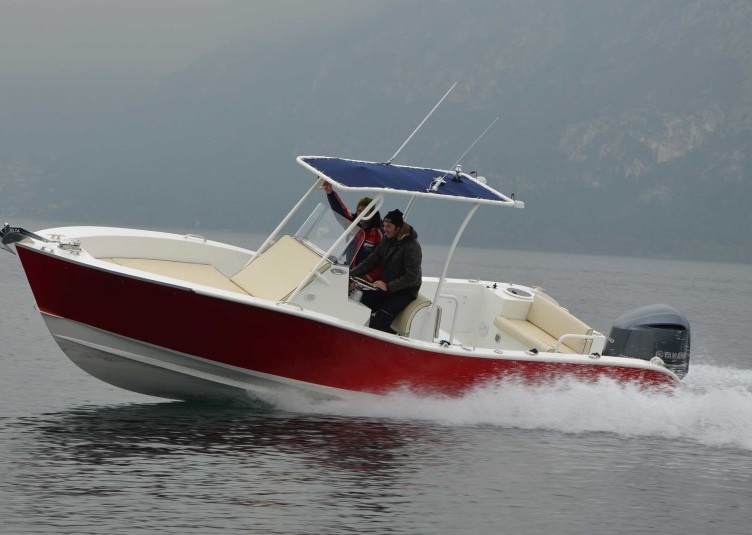 Cancelli Akes 25 Fisherman, all the good sides of... 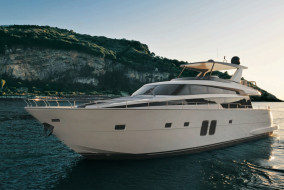 Christian Grande will be the designer with Sundiro Yacht, joint venture between Sundiro and Sanlorenzo 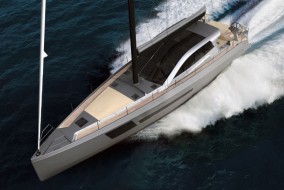