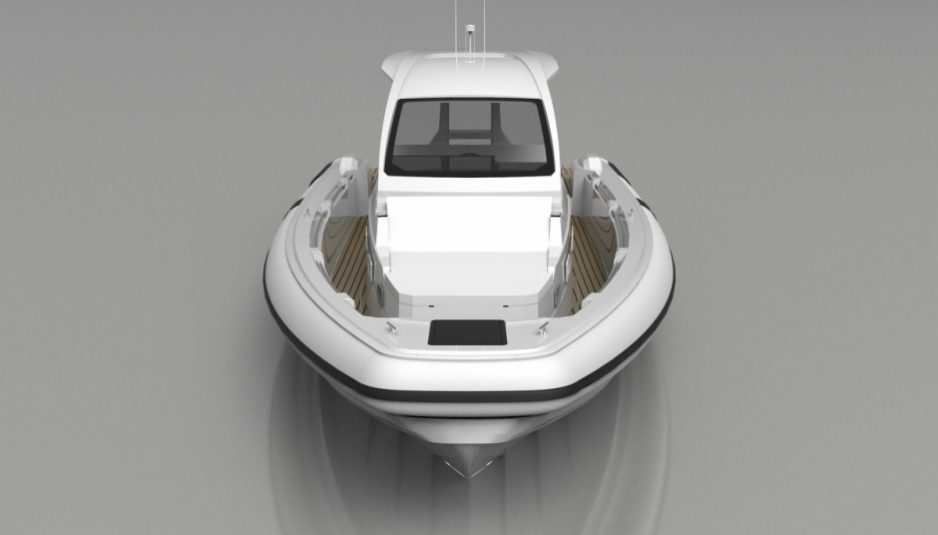 A 13-meter long rib, designed for Tecnorib by Mannerfelt Design, and marketed with the Pirelli brand. Here’s the inning combination behind the new Pirelli 42, which will debut at Düsseldorf Boot from January 18 to 26.

Tecnorib, the official licensee of Pirelli-branded inflatable boats, will be showing the new model, designed in partnership with Swedish firm Mannerfelt Design Team of Ocke Mannerfelt. For those who don’t know this designer, he’s behind the most winning racing catamarans ever in offshore, built by Victory and racing in particular in XCAT World Championship.

Comfort and look, sure. But mainly sportiness

Boot has been chosen for the new Pirelli 42 as it’s the first Boat Show of the year. The model has been designed and built for demanding customers, in search of sportiness and comfort. It features a spacious deck, a wide beam and walkaround lines. In a way, Pirelli 42 is not completely unseen, as it was presented as a scale model a few months ago in Portofino.

The 13.10-meter walkaround, designed as mentioned in partnership with Swedish firm Mannerfelt Design Team, is made to be versatile, for use as either an everyday chase boat or a mid-range cruiser.

It sports forward and aft sunpads, a day area with an outdoor table, and an underdeck with transforming dinette and heads. But beside comfort (and look, of course), Pirelli 42 is mostly about performance. That’s why, after the scale model and the renderings, we are eager to see it for real and especially in the water, when it will be available for sea trials in the 2020 season. Even more so, as at the moment we have no details about the powertrain. The renderings say of an inboard propulsion, but we have no further info. 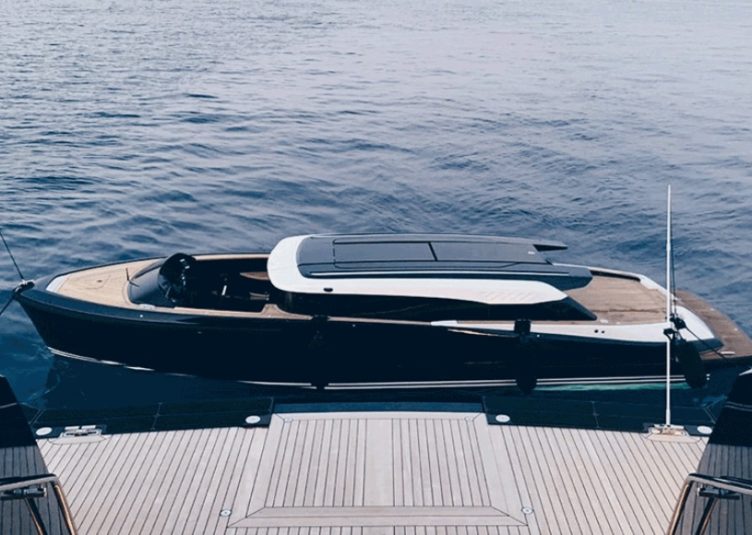 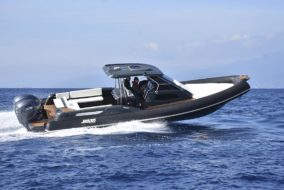 Joker Boat Clubman 35, the not-so-maxi rib is capable of 60 knots 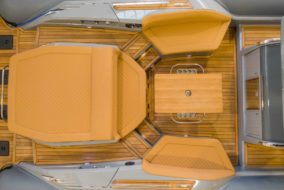