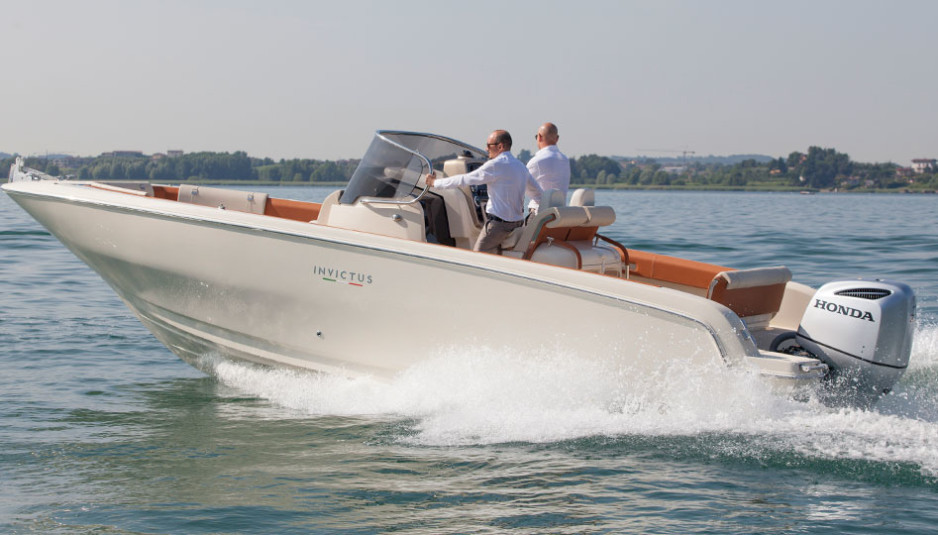 A sporty and refined boat whose unmistakable styling aims to become an instant classic. This is Invictus 270FX, a classy 8-meter signed by Christian Grande.

When I tested the Invictus 280GT I appreciated her seaworthiness, but most of all the classy style, too frequently forgotten in smaller boats. Christian Grande has given the Invictus range a peculiar trait, and even in this slightly shorter unit all the positive sensations are confirmed. The “fully open” formula of the 270FX enhances the versatility of the boat, while the outboard engine makes her sporty (maybe with some more HP…). 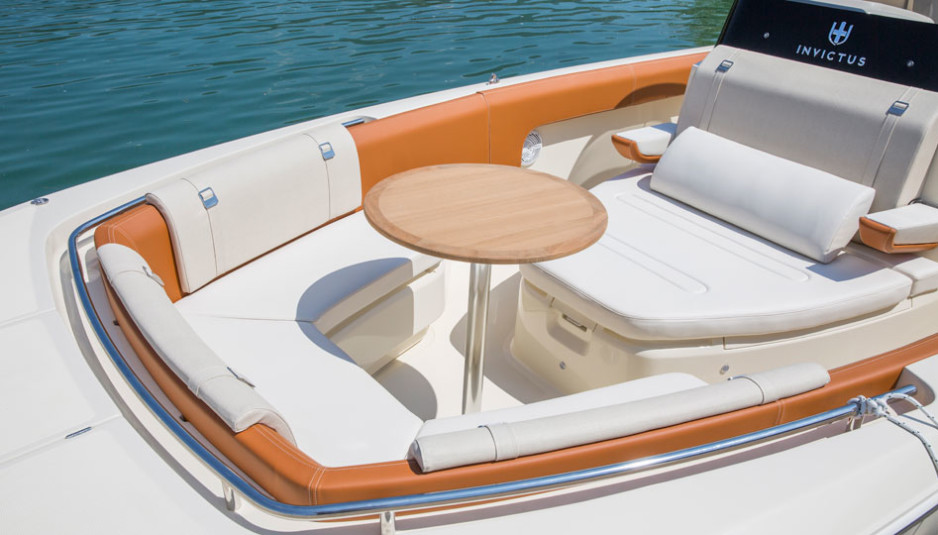 Comfort and sportiness in eight meters

Christian Grande, who is walking me around his new creature, explains me that this Invictus 270F could easily become a fisherman. It’s tough to imagine such a refined boat during a gaming session, but in the end there’s little modifications to do, and the fore dinette with solarium could fit perfectly for the women on board while men try and catch the fish. Could be a good solution! 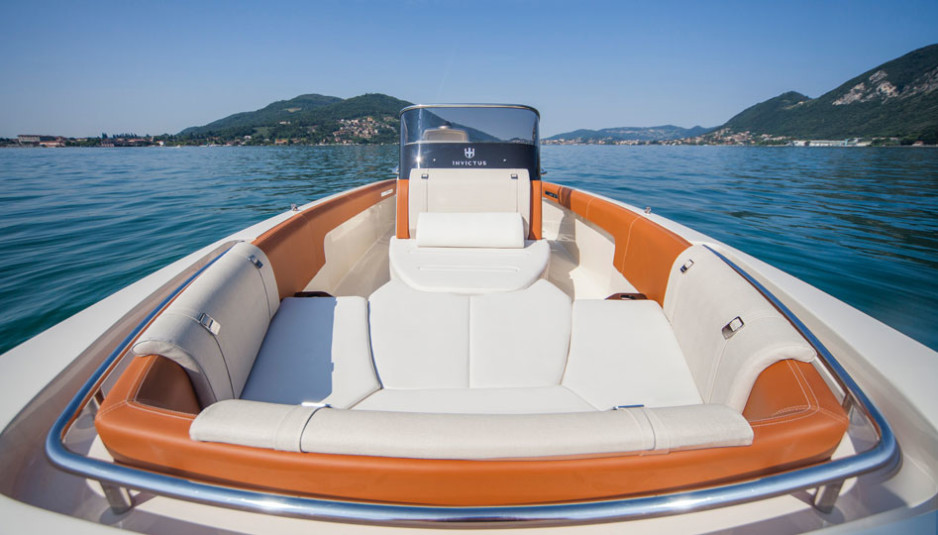 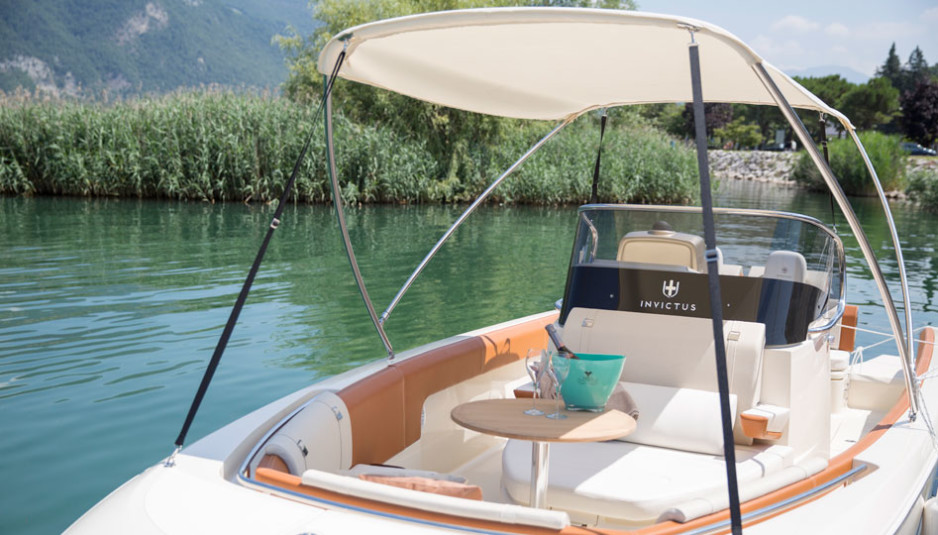 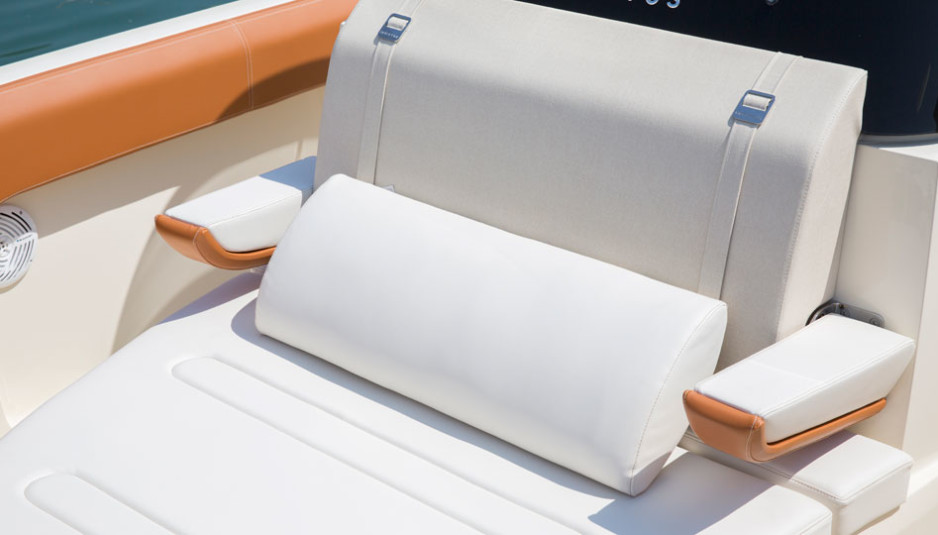 Every detail is consistent with the brand. Starting from the foredeck, where a V couch and a round table could easily become a sun pad. If you want to get a tan any way, there’s the chance to place some cushions before the center console. Worth to mention as well, the recessed handrail and the two-tone cushions with elegant straps whose function is also practical as they can hold towels (but they could be annoying when sitting). The bow tip hosts the anchor locker, while beneath the solarium and the benches there’s more storage for the table, the extensions for the sun bed, and any gear the owner would use. 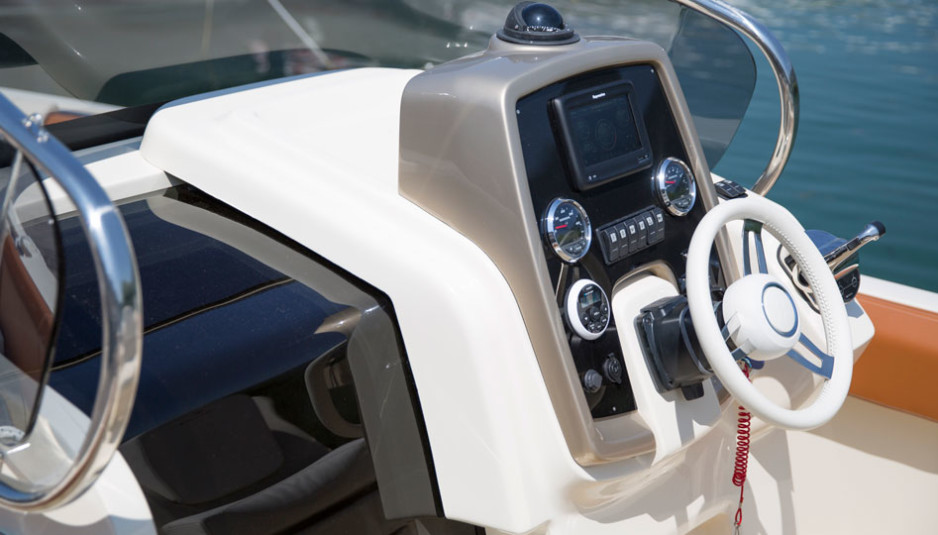 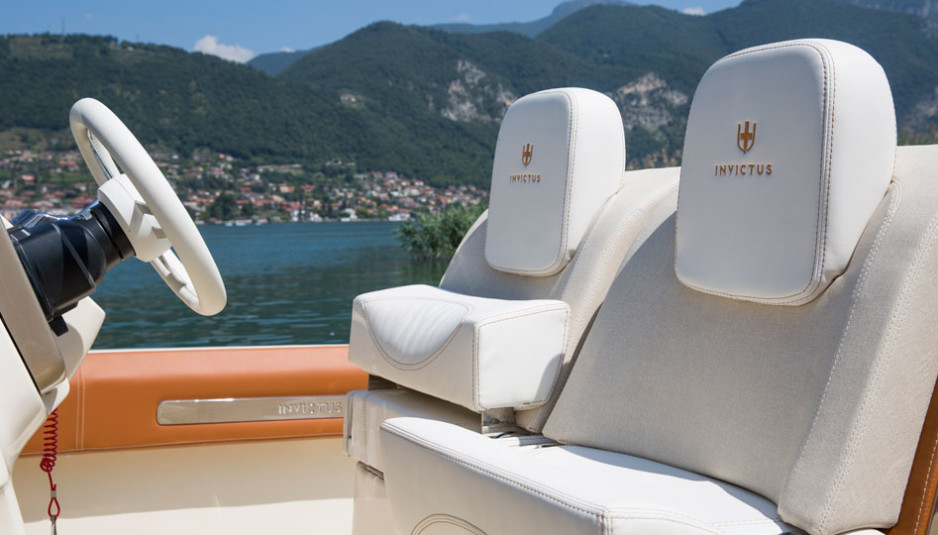 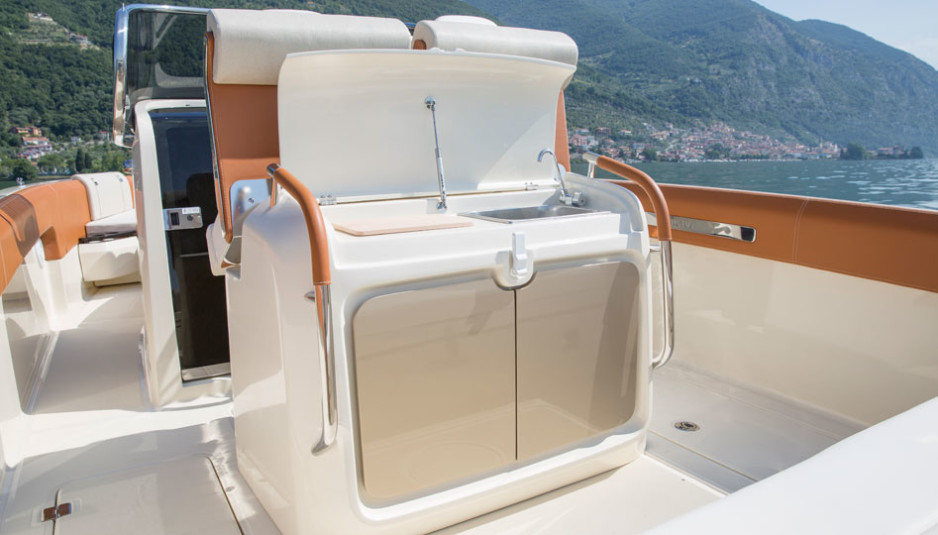 A protective windshield wraps the elegant console and features a handrail to frame the glass. Moving aboard during navigation is made easier also by the cushions all around the inner perimeter of the boat. A large companion door leads to the cabin, a small space still very well finished and boasting a potty, much storage room, and even a shower (but it’s better to use the outdoor one). The pilot’s seat can change position to fit any driving position, while at its back the seats can tilt and reveal a lid which covers sink and grill, and a refrigerator below.

Everywhere the hand rails are covered in leather, to furtherly enhance the sense of luxury on board. The aft bench leaves a passageway to port for the swim platform. The starboard platform, on the other side of the engine, is quite difficult to reach for the shape of the transom. 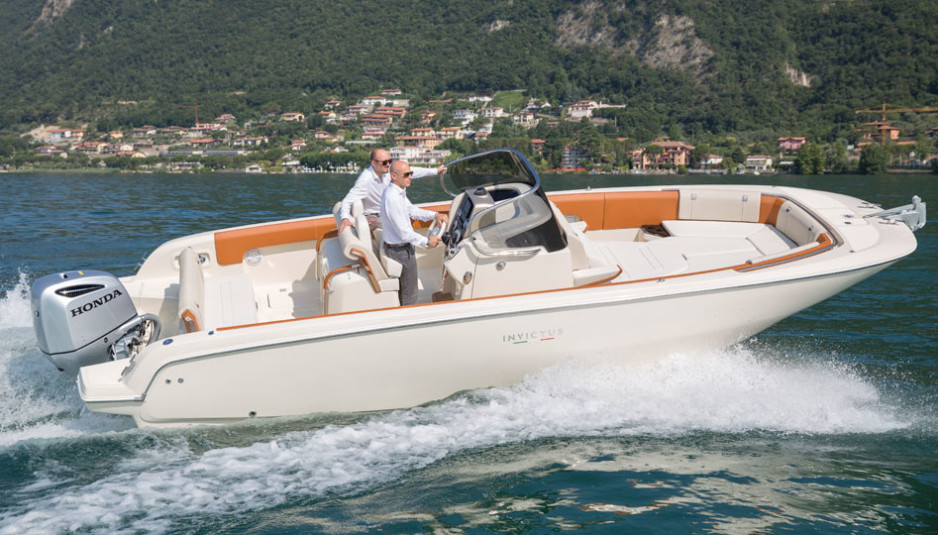 The test of Invictus 270FX

The Iseo Lake by Paratico is oil flat. I have then to chase the wake of a ferry, in order to put to test this hull. The deadrise is 16° and I can tell, as crossing sharp waves at high speed is smooth and soft, without thuds or screeches whatsoever. This means not only a marine design but also a careful assembly, and 2300 Kgs of displacement talk of a sturdy construction.

Given the weight though, I am not 100% satisfied with the 250HP delivered by this Honda outboard. Especially if the boat is used in the sea and not on a lake, I would go for a twin 150. A good alternative could be 300 or 350 HP single unit, perhaps a Mercury Verado to save some weight. Still, with this engine the performance is good if it’s not your priority. 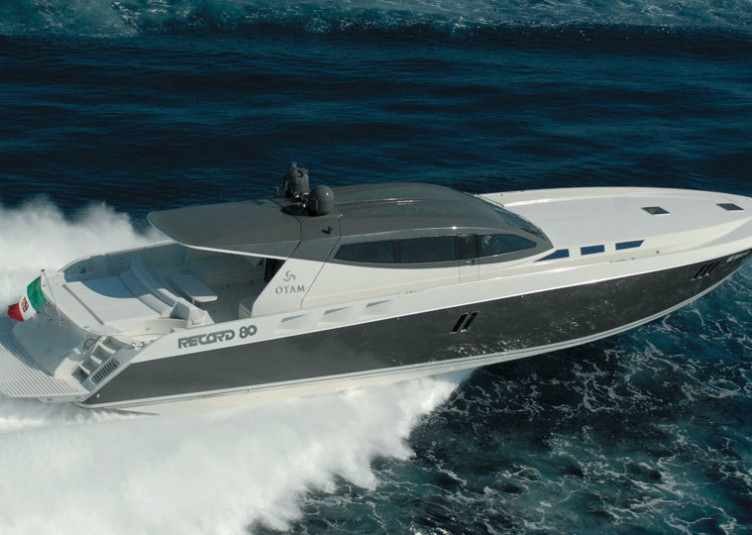 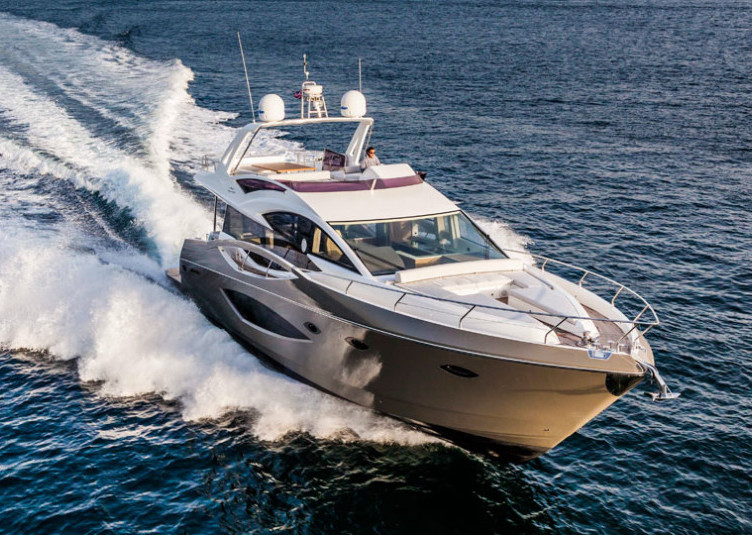 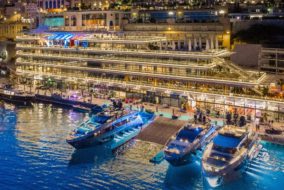 Riva 110 Dolcevita: the sweet life from Sarnico to Montecarlo 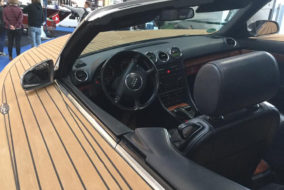 Why get yourself a boat, when you can cruise with an Audi A4 Convertible? Meet the AutoBoat!