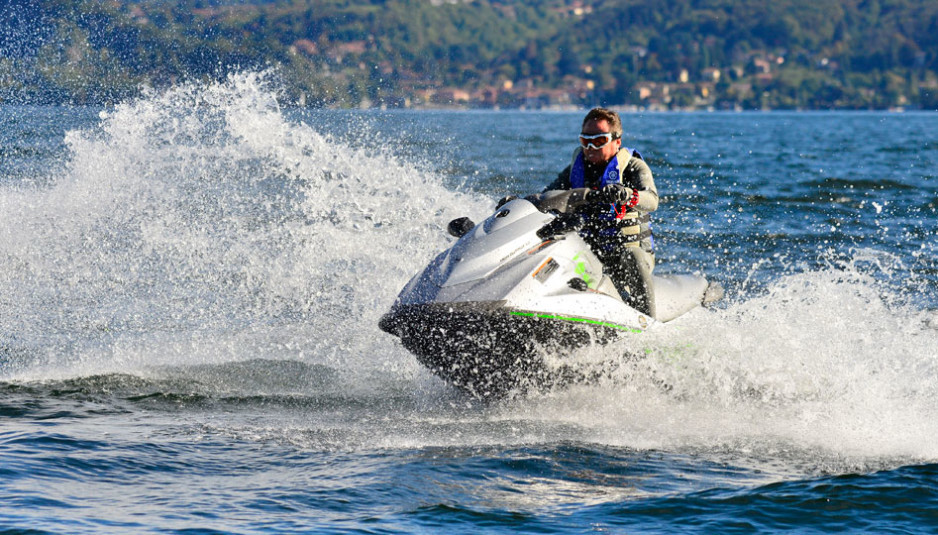 A test with Yamaha WaveRunner V1 Sport can be really probing, especially if you’re a newbie like me. Here’s my first time.

Dubbing the Yamaha WaveRunner V1 Sport an entry level is formally correct, as it’s the most affordable model from the Japanese brand, but it will also be the first step for many newcomers into aquabiking, a discipline that can give loads of fun and generate passion for the sea, if practiced with wisdom and competence.

I must admit: it’s my very first time on an aquabike. Before telling you it all, let me describe the vehicle itself. Yamaha WaveRunner V1 Sport is one of the new models for 2016. The real entry level is the V1, but for just 1000 euros the Sport version offers some extra features which is pointless to renounce to. 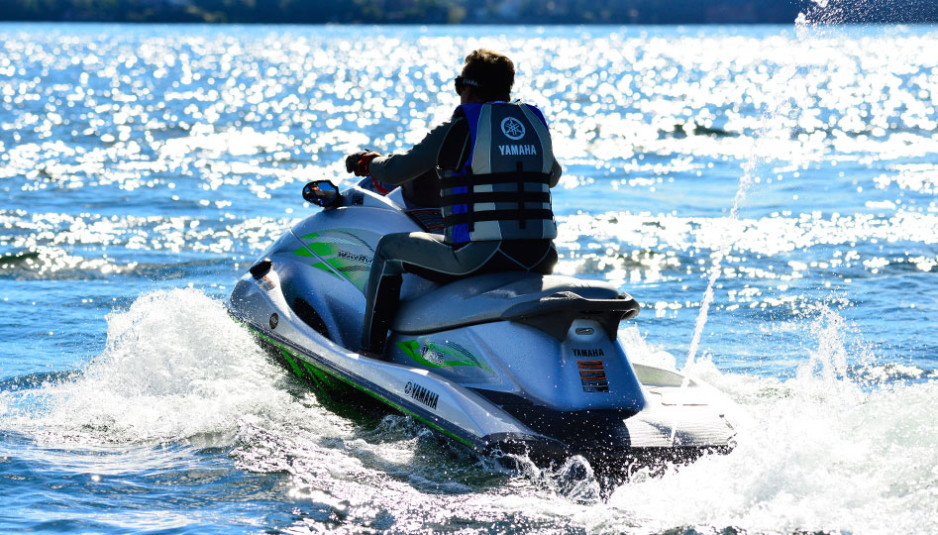 So we have reverse gear, double rearview mirrors, a 57-liter locker, side step, Hydro-Turf carpets, towing hook: everything you may need is already there. 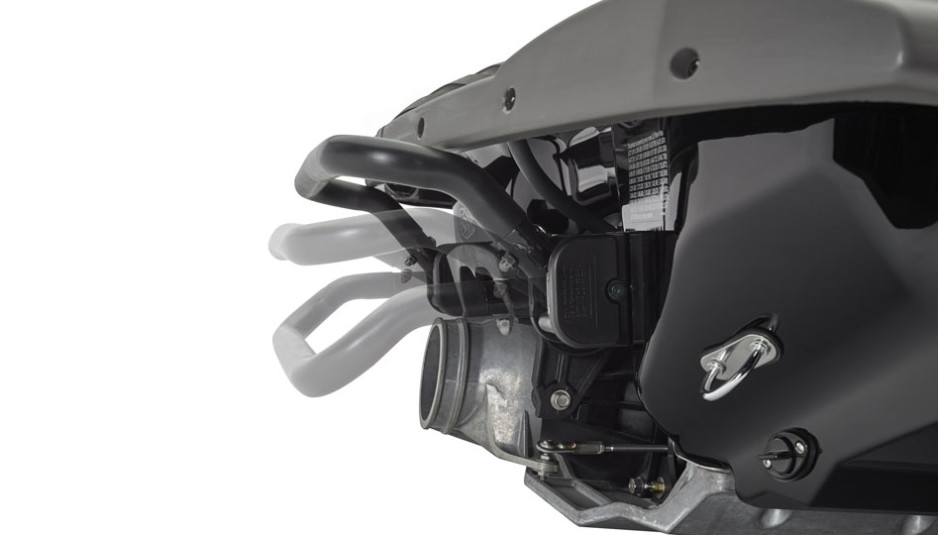 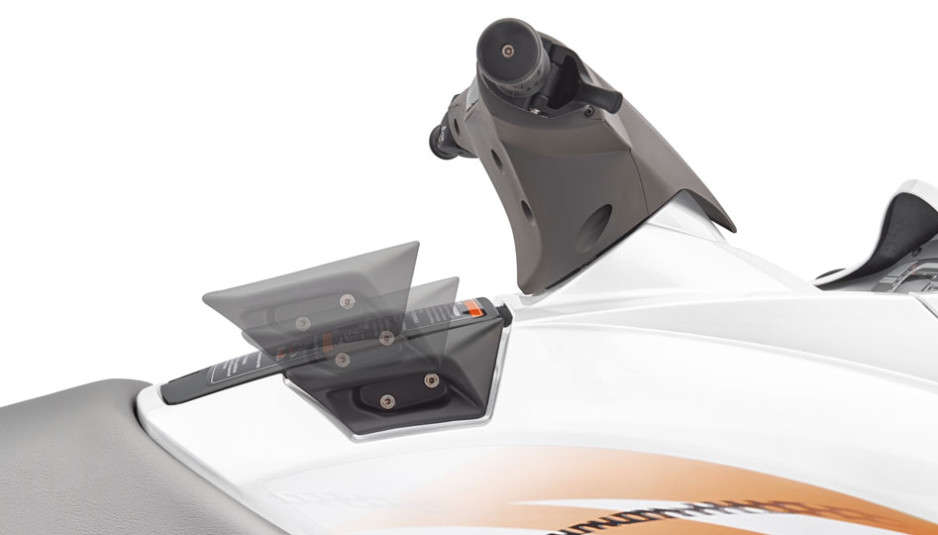 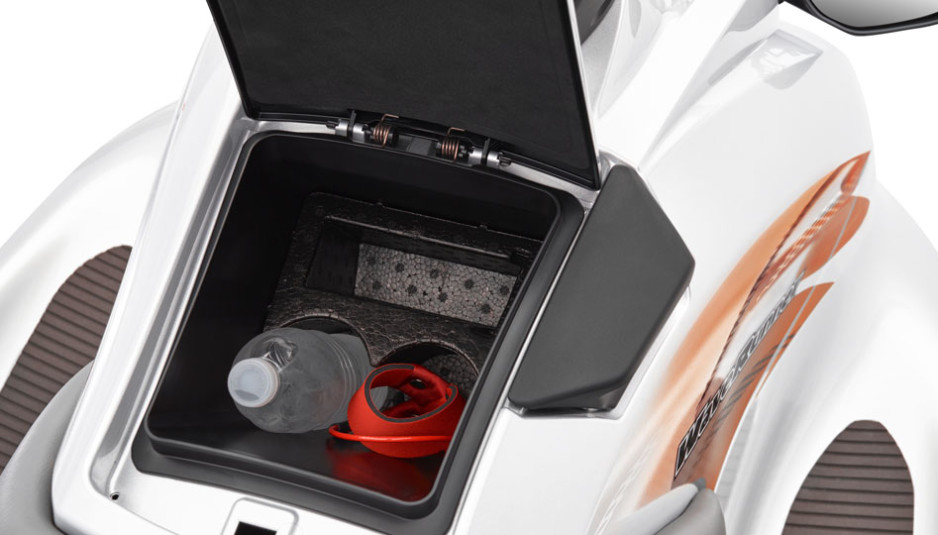 The new WaveRunner V1 Sport also marks the debut of the TR-1 HO engine, 12 valves, 3-cylinder, 4-stroke unit displacing 1049 cc, overcharged. It also powers the VX Deluxe and VX Cruiser models, except VX Cruiser HO, and represents an important evolution in the marine engines field. The TR-1 HO (standing for High Output) is 13% more powerful than the previous 4-cylinder Yamaha MR-1 unit it replaces, despite being 40% smaller and 20% lighter (just 73 Kg). Thanks to this, the WaveRunner V1 Sport stops the scale at just 309 Kg, 29 kilos less than the 2015 model.

The test of Yamaha WaveRunner V1

We are in Verbania on Lake Maggiore. Wearing a thick diving suit I take the helm of V1 Sport and sit on a long saddle, fit for three. All the controls are handy and intuitive: on the left handle the “stop” button is clearly visible, while the “start” green one is a little hidden on the front side. The gas lever on the right is soft and reactive, easy to command with just two fingers. The foot stands are comfy and protective; while the reverse/brake control on the right of the tunnel doesn’t seem too practical, but we’ll see that during the test.

I leave the pontoon at low speed, to familiarize with the WR V1 Sport. The steering is far too sensitive: at this pace, it’s difficult to change direction as wanted if not by just moving the handlebar some centimeters. As we speed up, though, everything becomes easier and the sensation is exciting, despite the little power I have under my saddle (100 HP, compared to almost 300 of the bigger siblings).

It’s enough to start with, and facing the waves of a choppy lake is funny and thrilling. I’m cruising at around 30 knots, although it’s difficult to read the speed on the display for the movements and the sun glaze. I focus on my route, and get more and more confidence. When steering, I have the feeling I could spin out any moment, but what happens is that the tighter I turn the better this Yamaha WaveRunner V1 Sport supports my inputs, although is a quite nervous behavior.

I try to engage the reverse/brake, and I get the confirmation that this mechanical solution is not practical, as it requires to move the hand from the helm: and as the lever is on the right side, the consequence is to suddenly release the gas thus provoking an abrupt deceleration.

It’s time to get back to harbor: I think my debut on an aquabike couldn’t be better. This Yamaha WaveRunner V1 Sport has conquered me and I am now eager to move onto more refined and powerful versions, such as the VX Cruisers. Stay tuned… 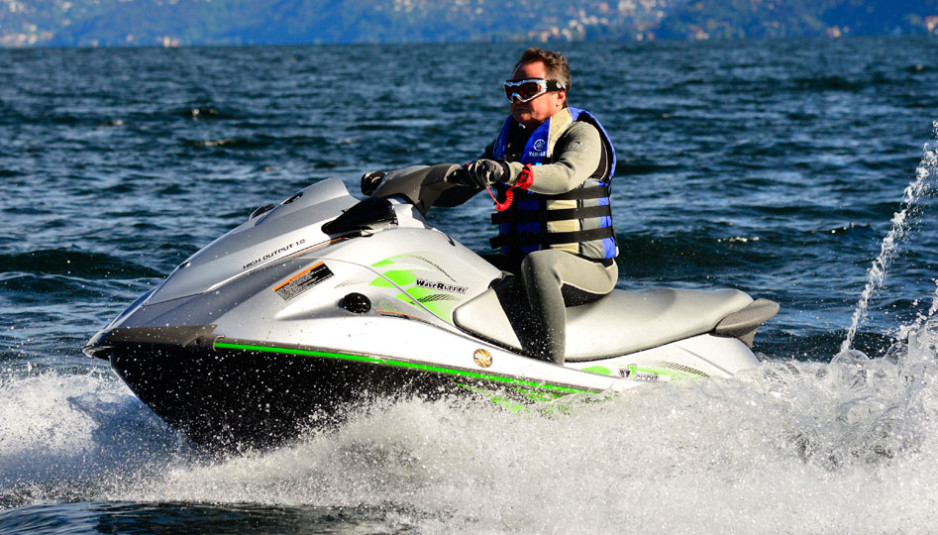 Two feet can change a boat. Here’s the new Rio... 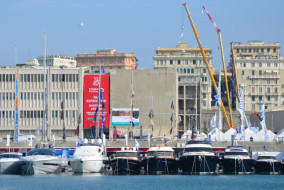 New designations for EBI and ICOMIA 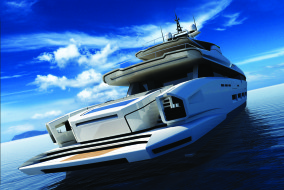 So many ideas in Tankoa 58 Open Concept

Lake Iseo is still in the spotlight with Nautca Bertelli