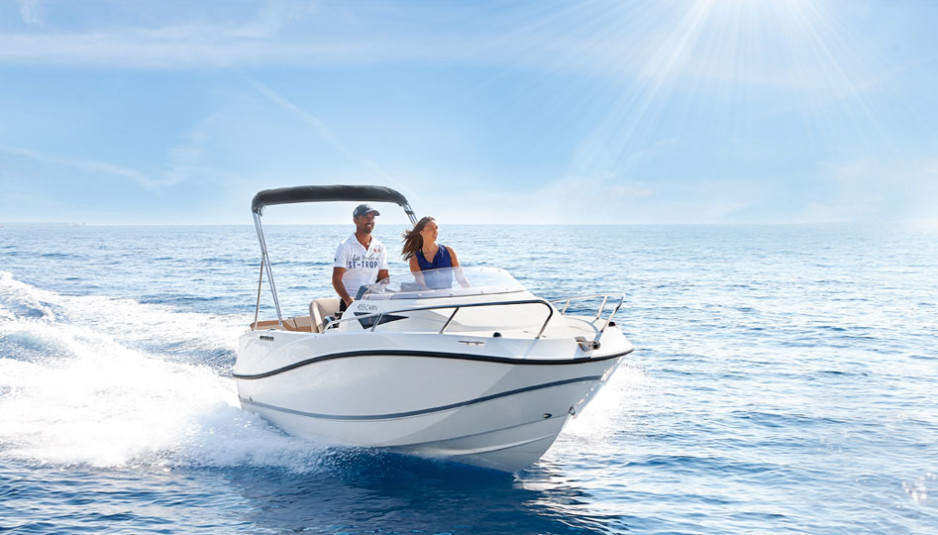 If you are approaching a boat for the first time, it’s important to wisely evaluate your choice. Quicksilver Activ 455 Cabin is a very good start: here’s our test with two different powertrains.

When you are on a budget, it’s better not to go for compromises, but rather for a renown brand and serius offers. So, here it is: for around 12,000 euros + taxes you have Quicksilver Activ 455 Cabin, which features all you need for a day cruise with your partner and even a couple of friends or kids, or for a weekend thanks to the cabin for a couple. To complete the offer, a triple choice of engines from Mercury, starting with the 737 cc. 3-cylinder F40 EFI, coming to the two 995 cc., 4-cylinder units named Orion and Pro, developed on the same block of the 60 HP whose results are at the end of this test. Quicksilver Activ 455 Cabin: all you need 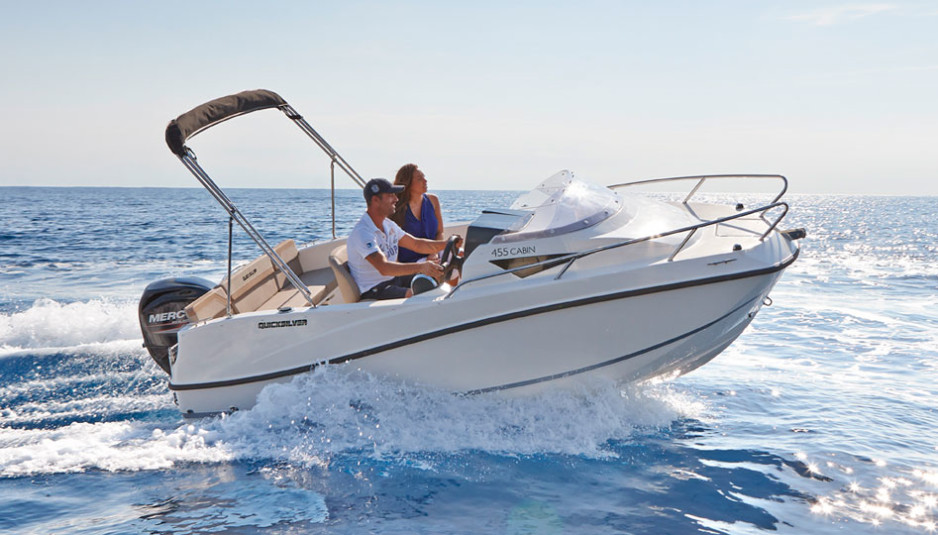 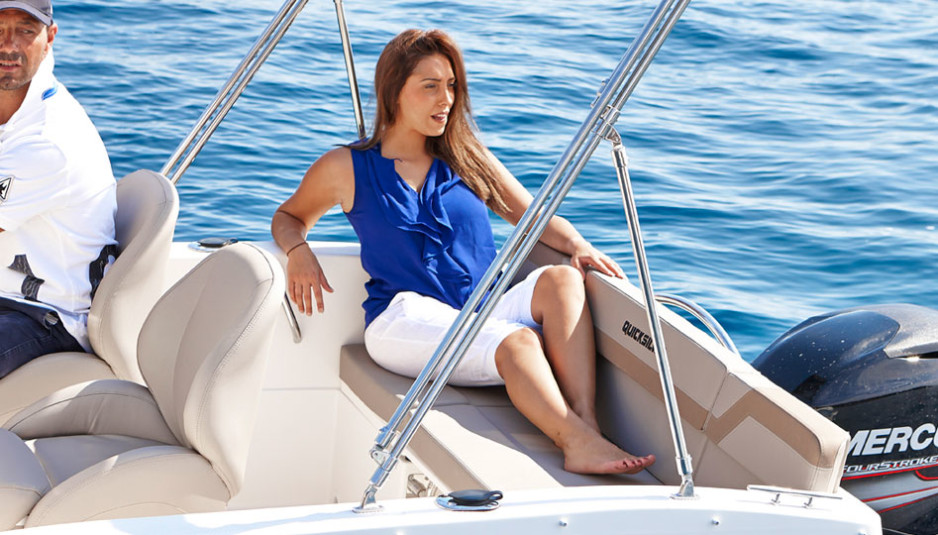 It’s tough to find something missing on this Quicksilver Activ 455 Cabin. Sure, you have to cope with the small size, but there is everything you may need for a comfortable cruise. The look is rather sleek thanks to the profile connecting the two molds, which does its best to hide the height of the topsides, which is necessary for the inside headroom. The fore deck is not large enough for a proper sun bed, while the cockpit is well protected and cozy with a full beam bench. The mid section of the back can tilt to give access to the sea, but also to lift up the outboard engine when getting to shore. Beneath the settees there’s a couple of stowage lockers. Two bucket seats serve the helm station but can be rotated back and form a dinette with the removable table. Maybe the bimini structure is not that good looking, but sure you will find it handy when the sun hits in the hottest hours. The companion door leads to a cabin large enough when compared to the total length of the boat: there’s a double berth and even a nautical potty. 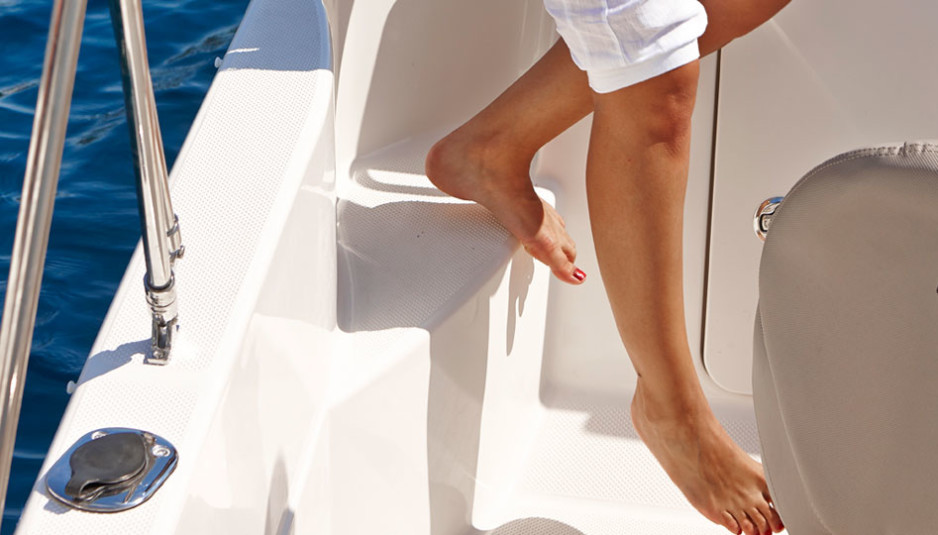 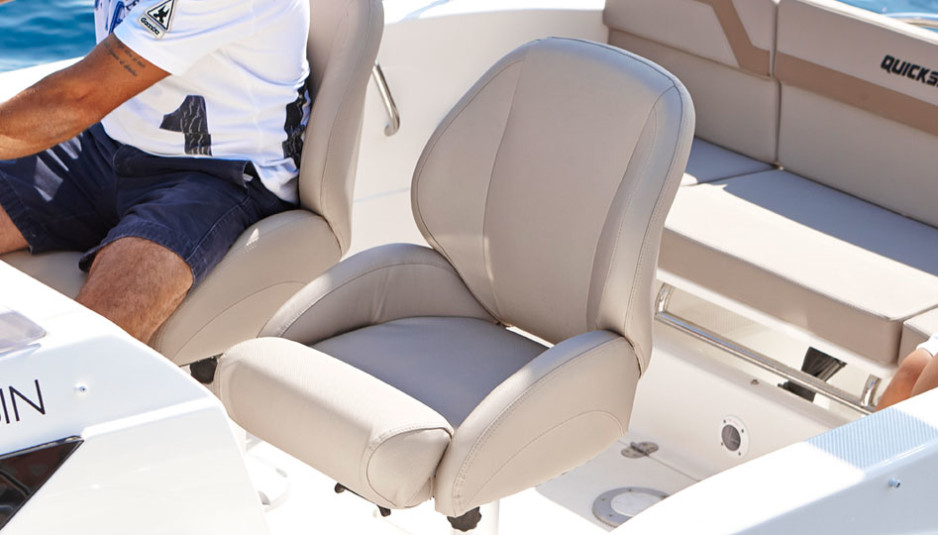 Among the amount of reads we got after the official test from the  HYPERLINK “http://www.quicksilver-boats.com/”boatyard, we picked the two we reckon will be the most popular. It’s also important to tell about the propellers: for the F40 EFI Pro it’s a 12” Spitfire, while the F60 EFI uses a 13” Spitfire. With the latter the boat displaced 954 Kilograms (250 due to the load), while the former marked just 20 Kgs less (934 and 683).
Seven knots of gap for 1000 Euros: I wouldn’t think twice and would go for the larger, especially because it’s easy to carry a lot of stuff when going out for a cruise, and some more horsepower comes always handy. On the other hand, if you prefer slow cruising (even in displacement) and like to enjoy the surroundings, the 3-cylinder unit is your one. Fuel consumption is not the key factor, as they are very low in both cases, although really frugal for the F40 EFI. About the hull performance there’s no surprises, and the same can be said about the quality of materials and craftsmanship.

The numbers of Quicksilver Activ 455 Cabin 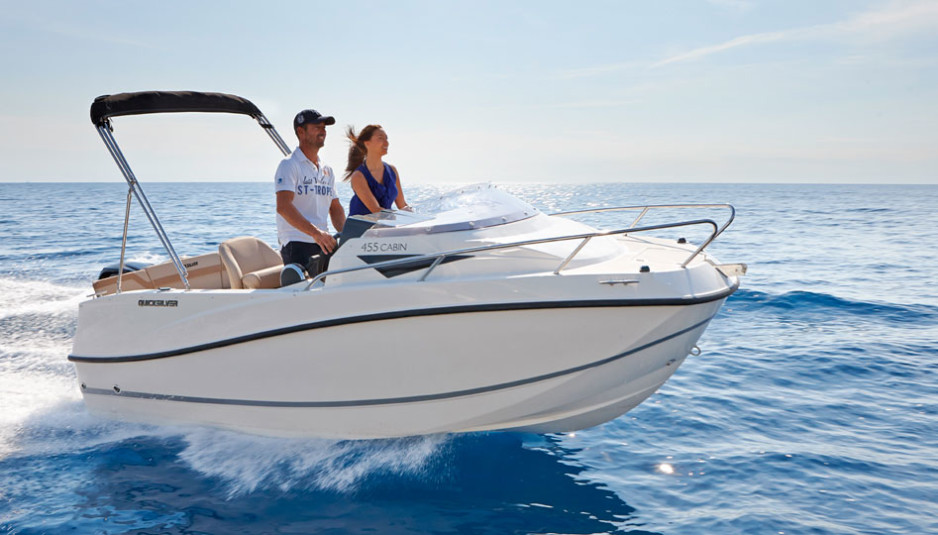 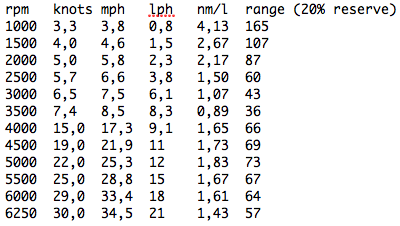 R.I.P. Mario Amati, the man behind those white... 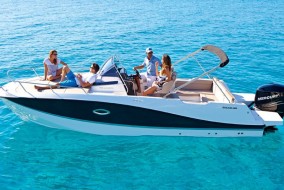 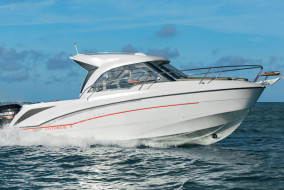 Beneteau Antares 7: a boat for all seasons