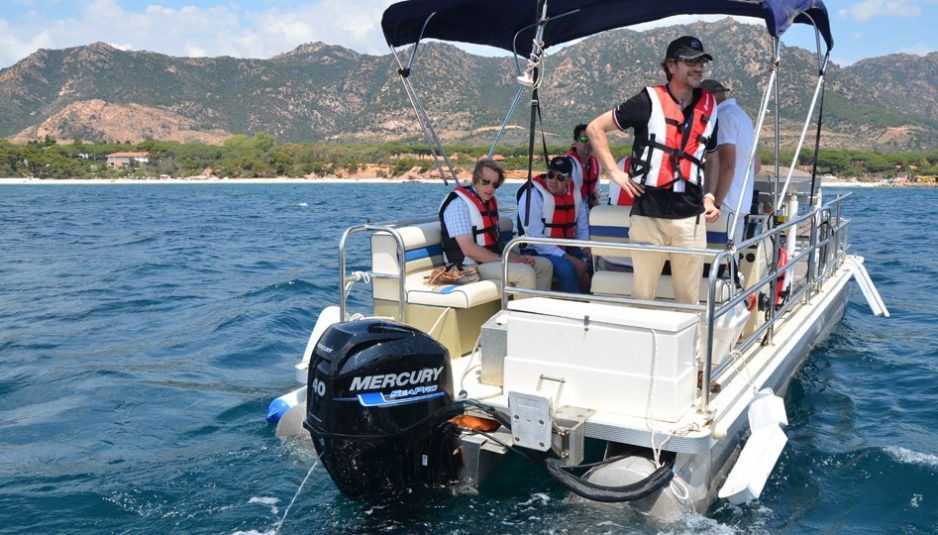 Two tons, a lot of journalists on board and chopped sea. What kind of test could be harder than this for a Mercury 40 SeaPro?
Pontoon boats are not that popular everywhere, especially as leisure crafts (it’s different in the marine works). Their main advantage is the versatility, as the deck can easily house gear of any kind.

Mercury 40 SeaPro and a pontoon for work

During our test at the Mercury meeting the pontoon was used as photographers boat while journalists from different media, one by one, took the helm of the boats on trial. It is a trimaran, which displaces already over two tons, and there’s fifteen people aboard: a very tough task for a small Mercury 40 SeaPro delivering, as the name says, exactly 40 horsepower.
Maneuverability proved to be excellent despite the wind and the chopped sea, so it’s top mark for Mercury 40 SeaPro. A model just launched, along the 60 HP version, to enlarge the family of professional engines introduced in 2015 with blue and black livery and already counting powersteps of 75, 90, 115 and 150 HP. 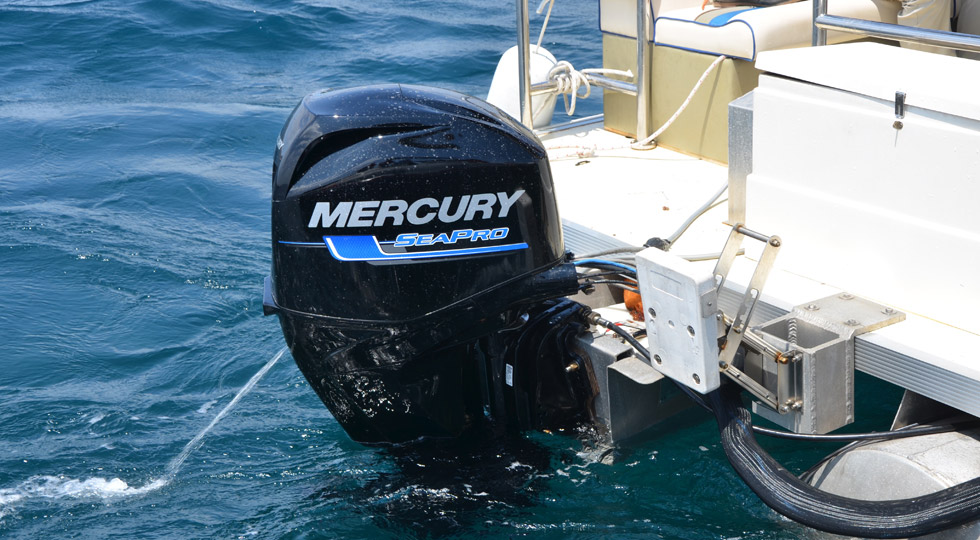 Thanks to a big displacement and a low weight (118 Kg), Mercury 40 SeaPro gives good performance also for commercial applications and grants a durability up to three times longer than a leisure engine.  The engine uses a four cylinder block, two valves per cylinder displacing 995 cc. Among the modifications aimed to improve durability and reliability, we count the specific fuel pump, the flywheel magnets, sturdier upper supports, stainless steel thermostat, and (on some models) gas trim piston. In addition, these units are designed to make maintenance easier and to reduce fuel consumption thanks to the Mercury FourStroke technology.
To complete the features of Mercury 40 SeaPro we also count the multi-stage painting process, the anodized casing of the power shaft (to protect against wear and corrosion), and the Command Thrust, which is an enlarged pod for a higher water grip to make control better. The latter, combined with a larger propeller, allows to quicker reach planing speed and to keep that pace at lower pace. Oil draining is inside the pod itself to make oil change easier. Last but not least all SeaPro models are covered by an extended warranty and can count on the qualified Mercury service network. 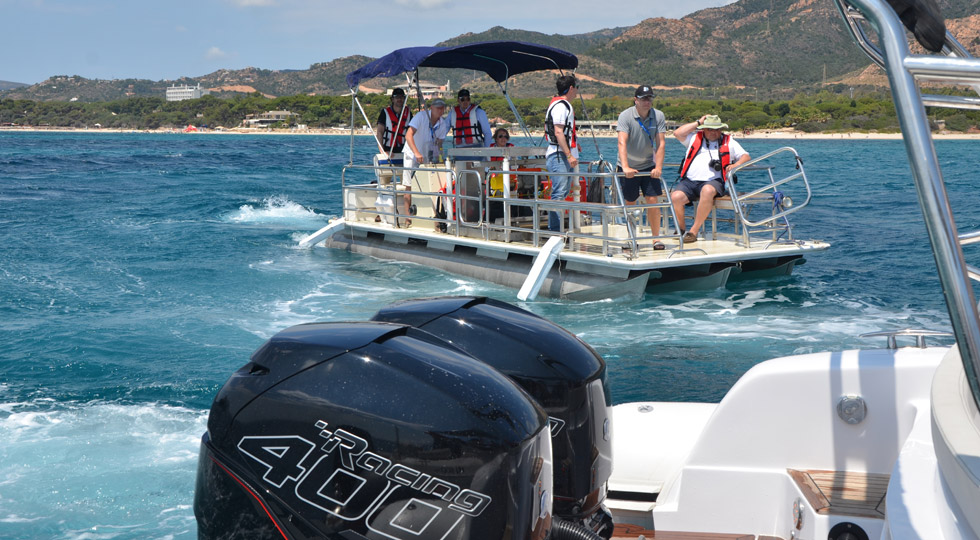 Mercury 40 SeaPro is compatible with Smartcraft devices, and features water/fuel separation filter, SC1000 SystemTach and Big Tiller: the offer is then complete for a professional use.
Of course all of these features are good also for a heavy use in pleasure boating: for instance on a heavy boat, or when carrying along much gear and many guests.
Read about the Mercury F40 EFI Pro on Boatmag International 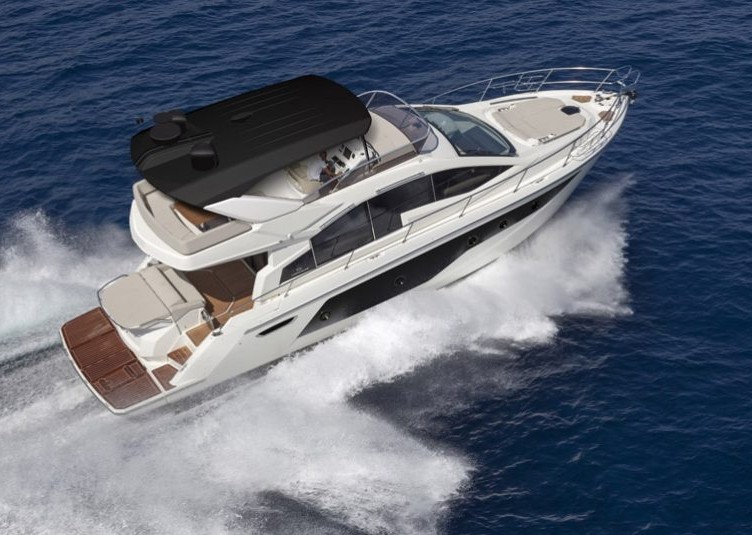 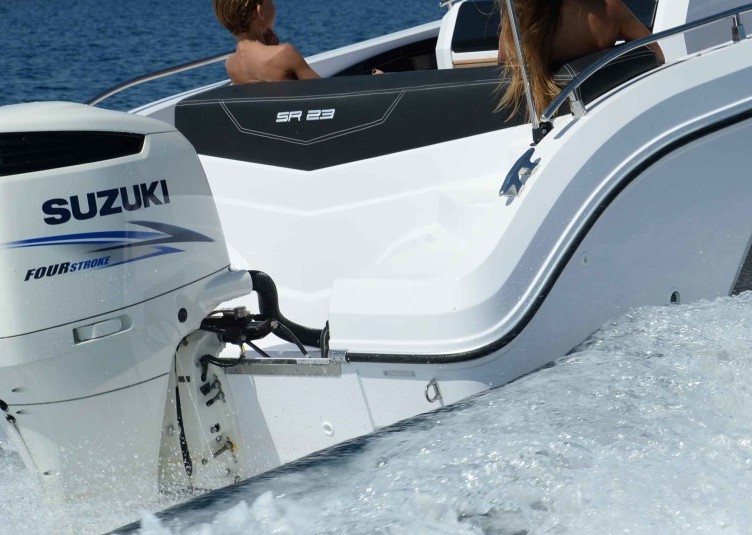 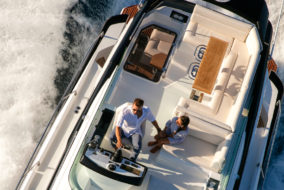 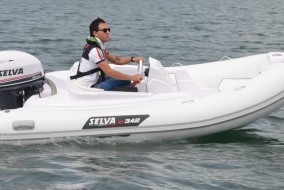 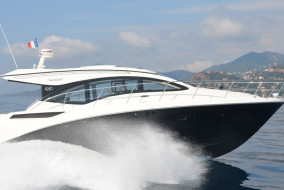