The yacht that wasn’t there: Foiler raises the bar…above the water

The new Foiler features carbon fiber retractable hydrofoils to make it raise one and a half meters above the water. A different experience, with more comfort and lower fuel consumption.

The UAE are finally becoming a boating Country. Not in terms of yachts sold and used there (that’s long been achieved), but as builders. And in this case, they seem to be also forerunners, with the local manufacturer Enata which has just delivered a very innovative solution for a motor cruiser: hydrofoiling. It’s simply called Foiler, and promises many advantages and a new way of boating.

It’s not really just a showoff

The innovation consists of two retractable carbon fiber hydrofoils which allow the yacht to fly 1.5 meters above the water for a totally different yachting experience, while delivering up to 20% increased fuel efficiency at top hydro-foiling speeds. 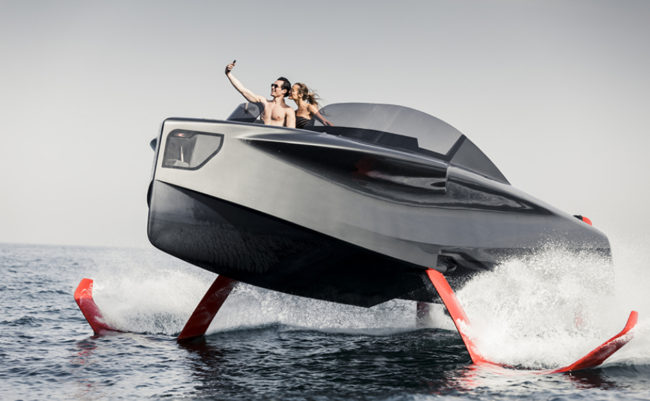 The first advantage of this solution is comfort. The Foiler can deliver a smooth and quiet passenger experience, avoiding the turbulence and slamming of a conventionally-designed yacht. Thanks to the hull design she has a progressive take-off and landing, thus being comfortable at any pace. It virtually eliminates sea sickness in passengers while soaring over choppy waters, as the Foiler can glide across waves of up to 2 meters with little to no disruption to passenger experience and leaving up to three times less wake than a conventional yacht. 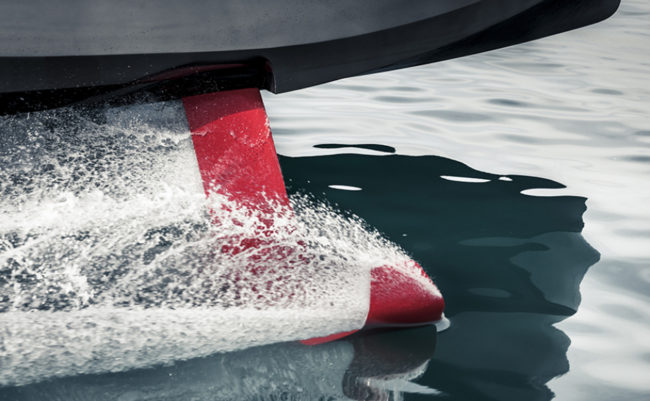 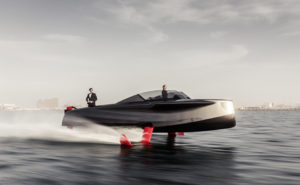 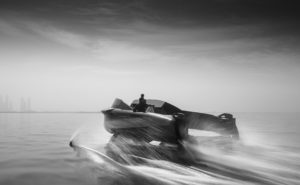 Then of course there’s the performance. This way of flying above the water allows for higher top speed thanks to the reduced drag and the chance to avoid tall waves. With a total power of 640 HP, Foiler can reach 40 knots, starting to raise on the foils at 18.

And finally the fuel consumption: at a cruise speed of 30 knots, the range is 130 nautical miles, coming from a 300-liter capacity tank.

But there’s much more, and it is the propulsion system. Foiler uses a diesel-electric hybrid powertrain, which provides improved fuel efficiency, lower running costs and reduced environmental impact. Two BMW engines deliver 320 HP each, but the power is conveyed to two electric generators and two electric torpedoes. (At the moment, no further details are released). 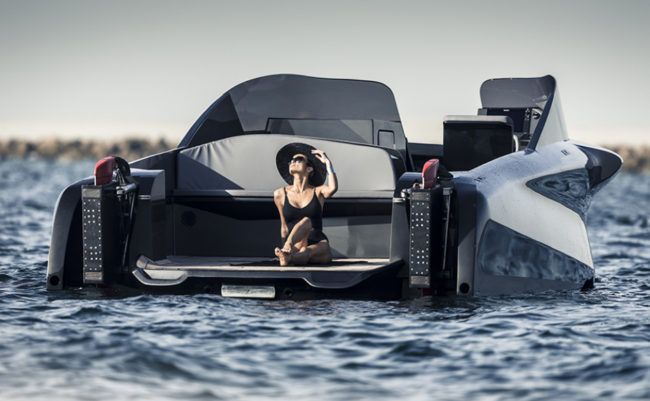 And when traveling through ports or areas abundant in timid wildlife, the hybrid propulsion system offers battery-powered silent cruising capabilities at 10 knots for up to 10 minutes. 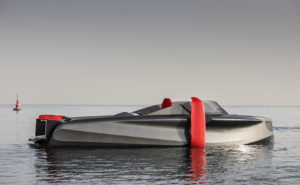 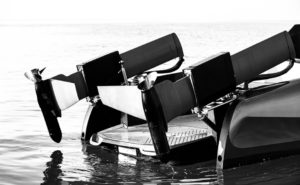 For ease of maintenance, the retractable hydrofoils and propellers are lifted and positioned out of the water when not in use, which also reduces the yacht’s height for storage and is particularly convenient for stowing the Foiler as a tender in a superyacht garage.

The numbers of Foiler 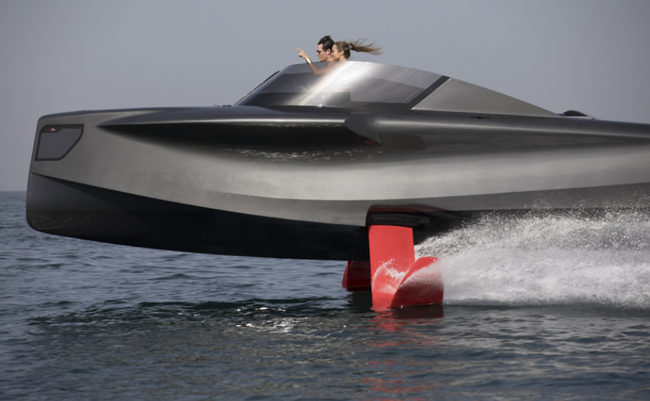 Still…somebody had already thought of hydrofoils. Look at this project! 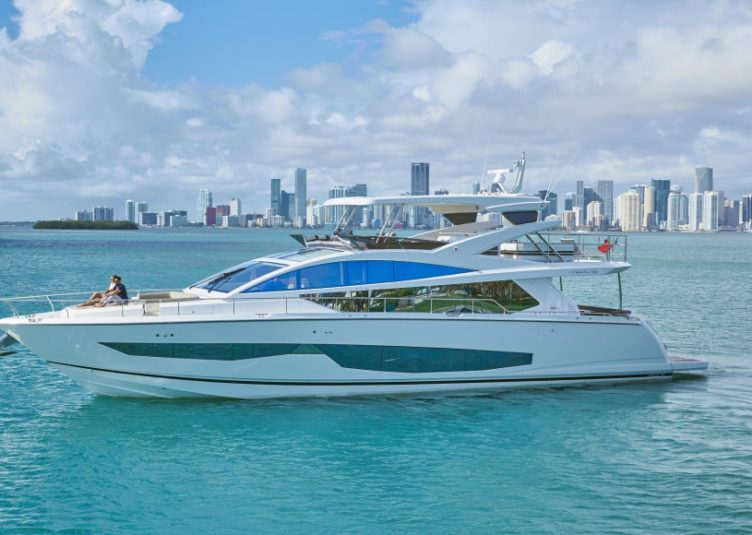 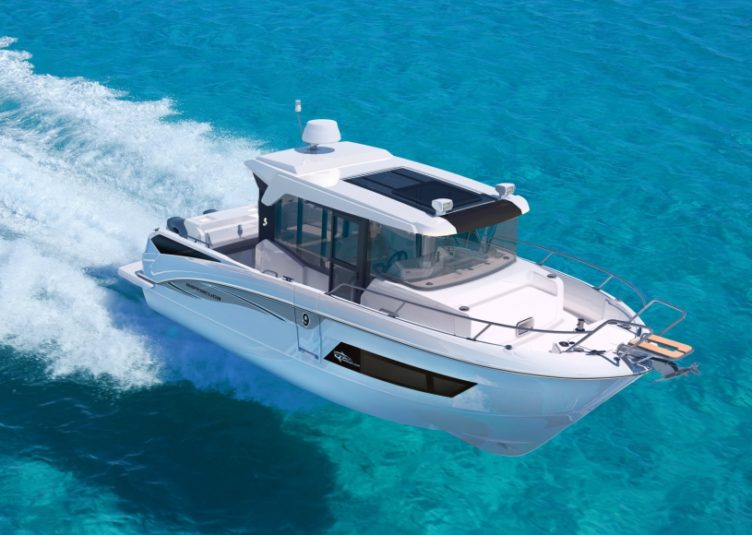 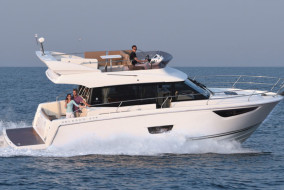 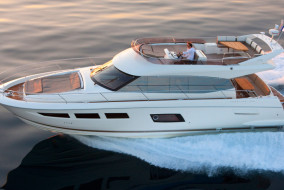 The new Jeanneau warranty give you years of trouble-free cruising 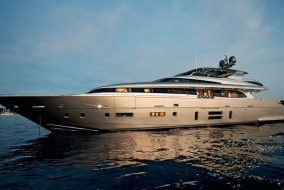