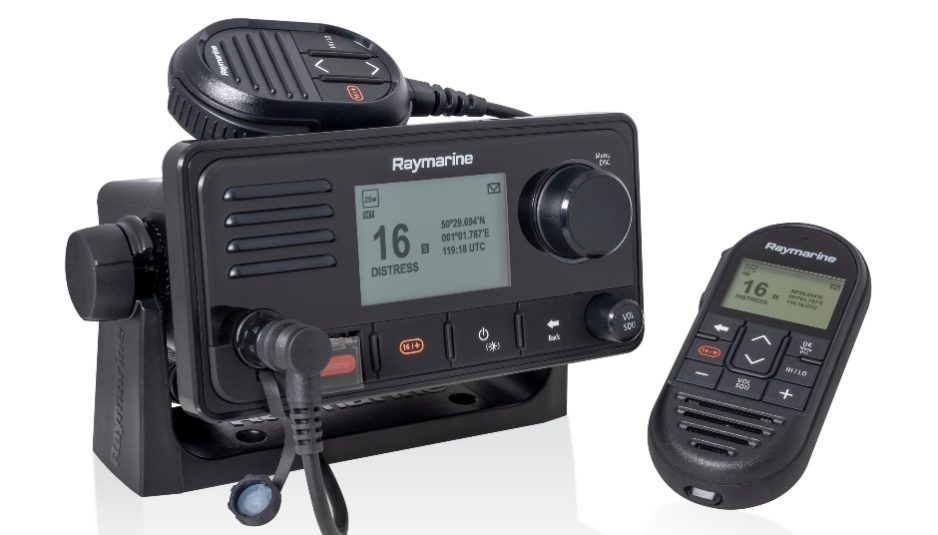 Flir, parent company to Raymarine, has just announced the launch of three new devices. Raymarine VHF radios Ray53, Ray63 and Ray73 are equipped with a built-in GPS receiver and connection point for an optional GPS/GNSS antenna, which improves the GPS reception when the radio is mounted below deck or in an enclosed pilothouse.
Additionally, Ray63 and Ray73 can connect to Raymarine’s new wireless VHF hub and can support up to two wireless handset stations for wireless communication anywhere onboard. Let’s see some further specs of the three.

Raymarine’s Ray53 radio is the smaller of the pack. Still, it is a full-function VHF marine radio with Class D Digital Selective Calling (DSC) and a built-in GPS receiver. It’s enough to program the boat’s MMSI number and the radio will feature the enhanced calling and the safety features of DSC. Ray53 supports both NMEA2000 and NMEA0183 networking, which enables it to connect with other onboard electronics. It also supports the connection of an optional remote speaker to provide audio at a second location.

Like Ray53, Raymarine’s Ray63 is a full-function VHF marine radio with Class D Digital Selective Calling (DSC) and a built-in GPS receiver. But differently from the smaller sibling it is built on a full-sized radio chassis, thus featuring easier controls and a larger LCD. Ray63 also supports multi-station expansion and intercom capability via a single wired RayMic controller or two wireless RayMic controllers. The wired RayMic second station kit allows full operation of the Ray63 from another location onboard. The device also works with Raymarine’s new wireless RayMic wireless hub and handset system, which adds VHF control at up to two additional locations onboard the boat with wireless convenience. 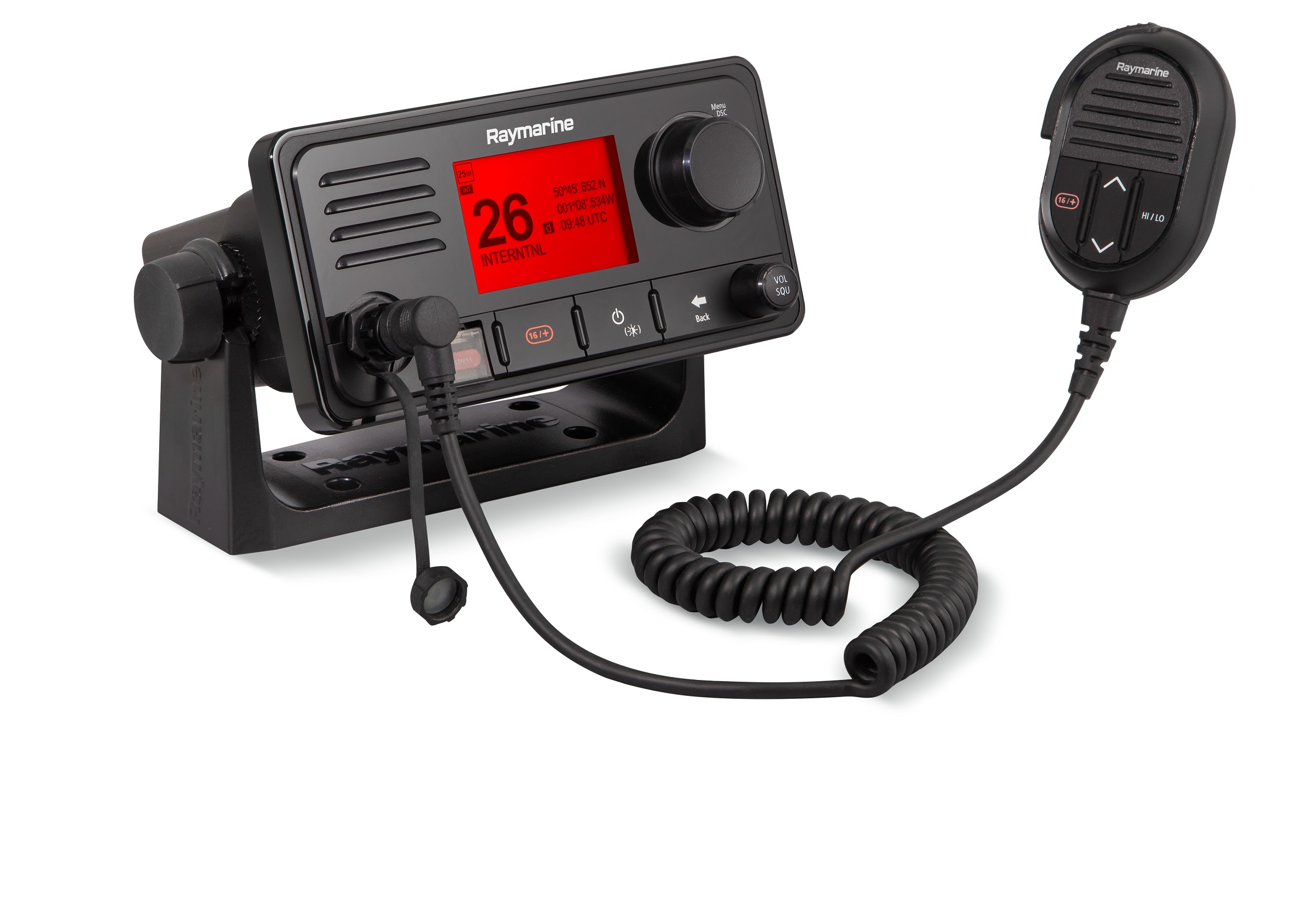 The new Ray73 multi-function VHF aims at being the communications central for the boat. In addition to the features of the Ray63, Ray73 adds a built-in Automatic Identification System (AIS) receiver and a loudhailer output. Ray73’s AIS provides collision avoidance and identification details for nearby AIS-equipped vessels to a networked MFD, chartplotter, radar, and instruments. When combined with an optional hailing horn, the radio’s loudhailer output allows communication with crew members on deck, those on other vessels, or people on the dock. In addition to powerful public-address capability, it can also generate manual or automatic fog signals when moored or underway. 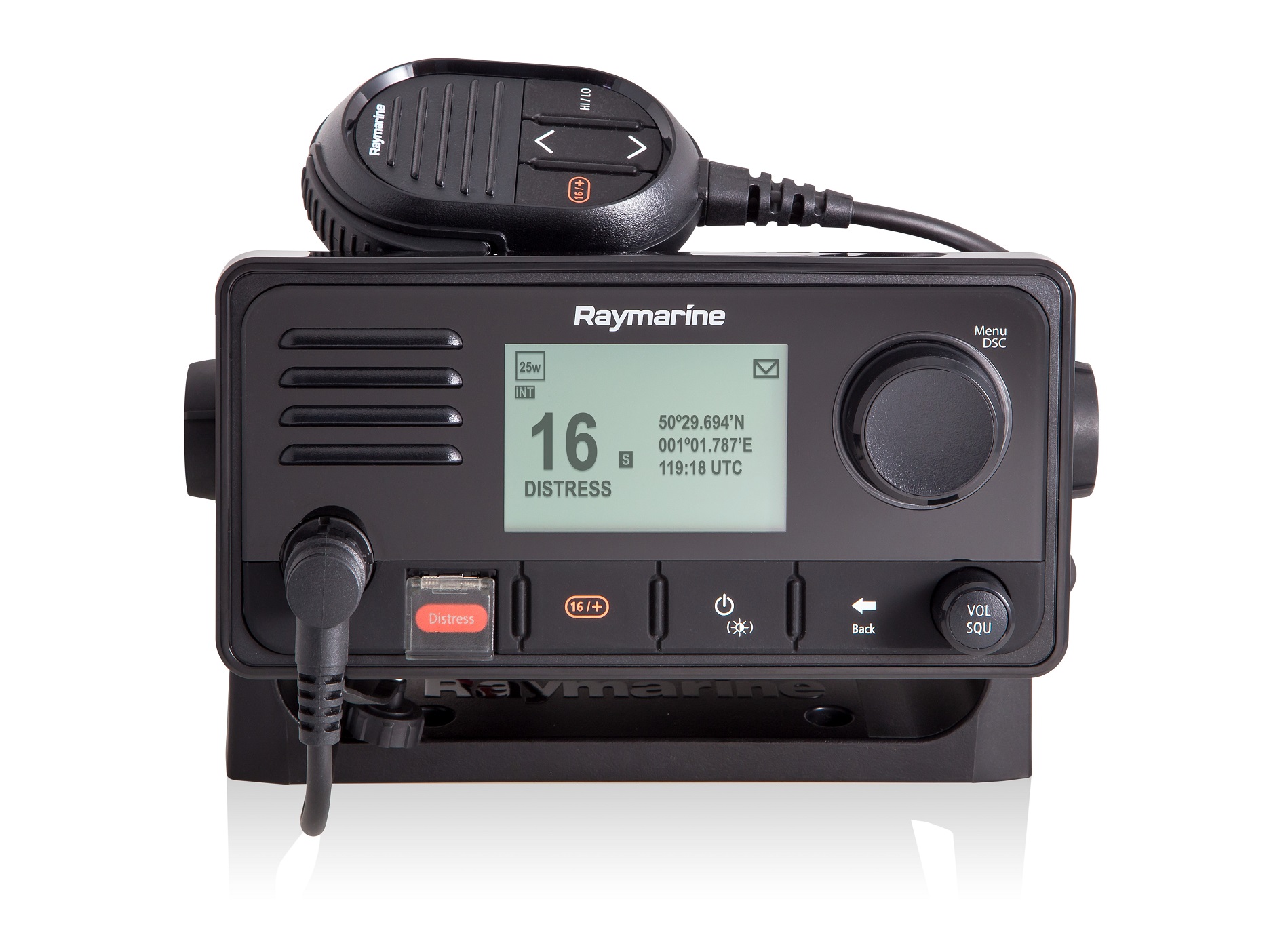 Designed to complement the style of Raymarine Axiom multifunction displays, the new Raymarine VHF radios look good regardless of the kind of intallation: surface mounted or on a support pivot. 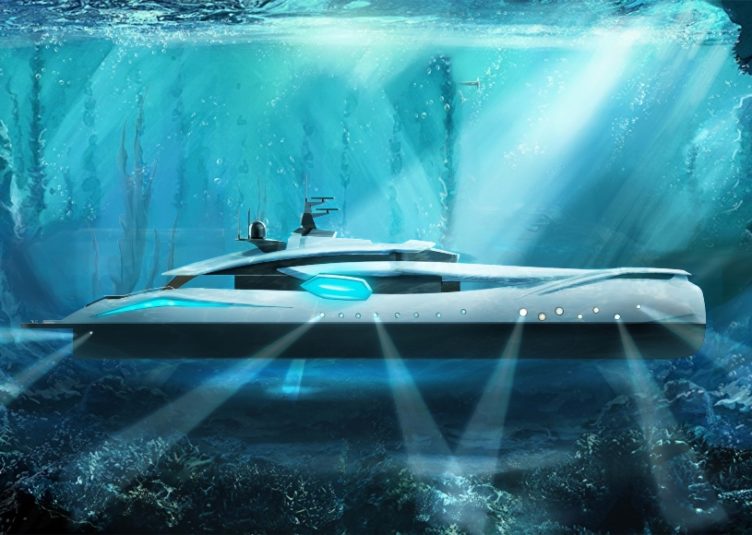 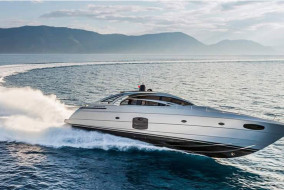 Topsystem is the key for a performing, well balanced Pershing 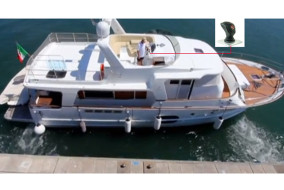 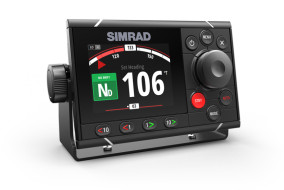 Simrad AP48 Autopilot Controller: much more than its name

Everything under control with Garmin GPSMAP 8400