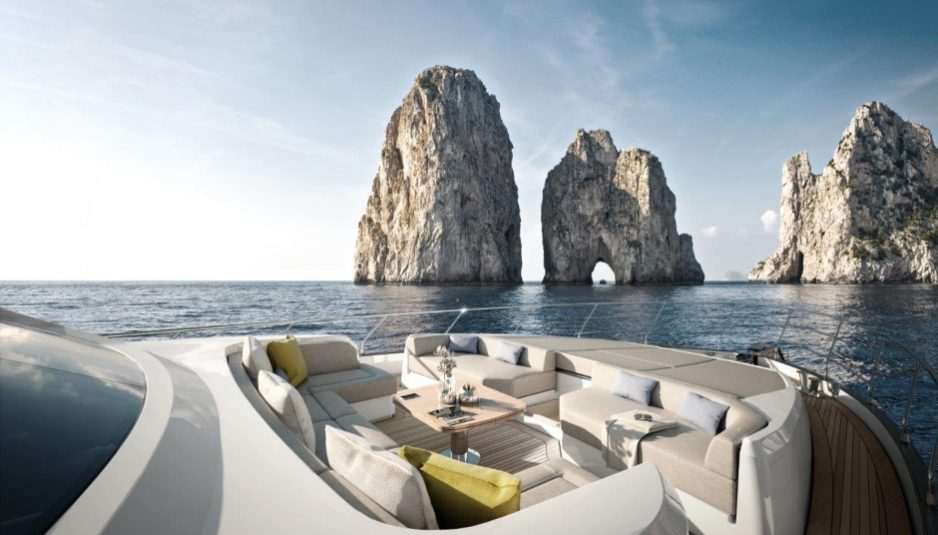 The first preview was in February, in Miami: since then the name has changed to Azimut 78 Fly. She is part of Azimut Yachts’ Carbon-Tech generation, and the first Flybridge to be fitted with three Volvo IPS propulsion units. Coming soon…

We received a rendering while in Miami, during the 2019 edition of the Florida boat show last February. Now we have more information and two more images, along with the definitive name: she will be called Azimut 78 Fly, and not 76 as previously stated. As we knew before, the exterior lines are by Alberto Mancini, while the interior design is signed Achille Salvagni.

Measuring 23.6m in length and 5.75m at the maimum beam, Azimut 78 Fly is part of the Carbon-Tech generation, with a positioning in the segment midway between Azimut 72 and Azimut Grande 25 Metri. The superstructure, flybridge, hard-top and cockpit are therefore made with carbon fiber, while the deck is a hybrid glass/carbon fiber.

Azimut 78 Fly is also the first boat in the Flybridge Collection to be fitted with three Volvo IPS propulsion units: the benefits are already known to the shipyard as they are installed on board the S range models: reduced fuel consumption, quiet ride, easy handling, and loads of living space. Talking of which, the layout shows an effort to protect guests’ privacy: the crew quarters are located forward, with direct access onto the helm station and the galley, and the latter spaces can be totally separated from the convivial areas dedicated to owner and friends.

The interiors are by Achille Salvagni, declined into two versions. The first to be launched is named Lounge: it drops the typical division between dining and living areas, in part thanks to the dining table which turns into a low coffee table, freeing up much more space when not dining inside. Below deck, guests have four cabins and four en-suite bathrooms. 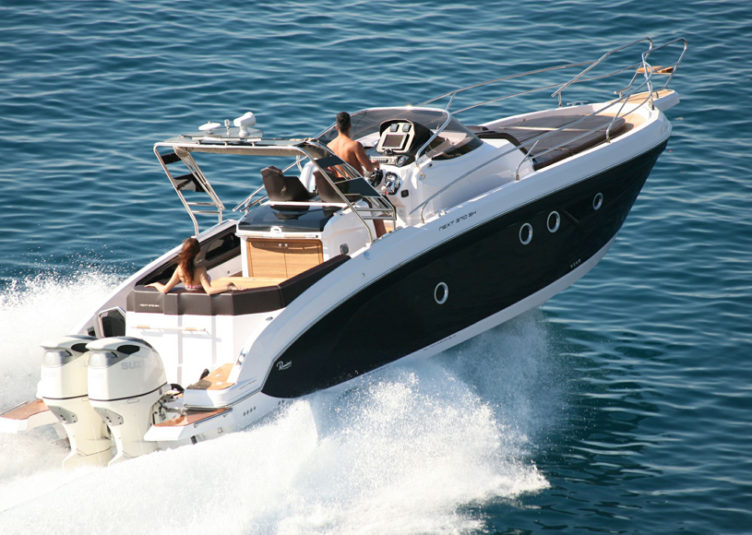 Ranieri International Next 370 SH with Suzuki... 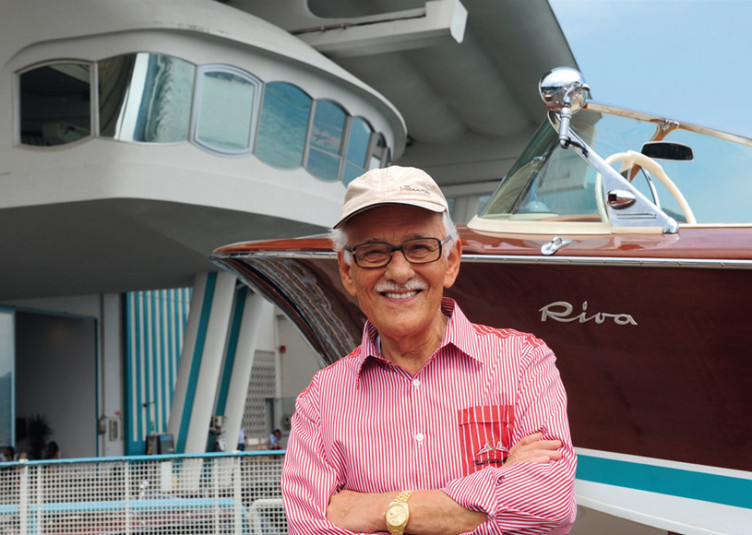 “The Master Bridge”: we have watched the... 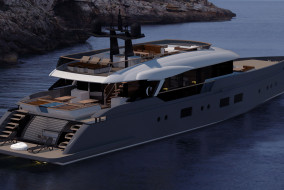 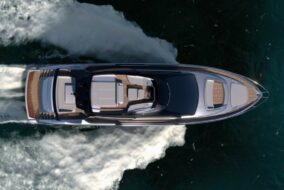 Riva 76 Perseo Super, or how to improve on excellence

New for 2018: Cigarette 50 Marauder SS with twin Mercury Racing 1350 is a proper rocket