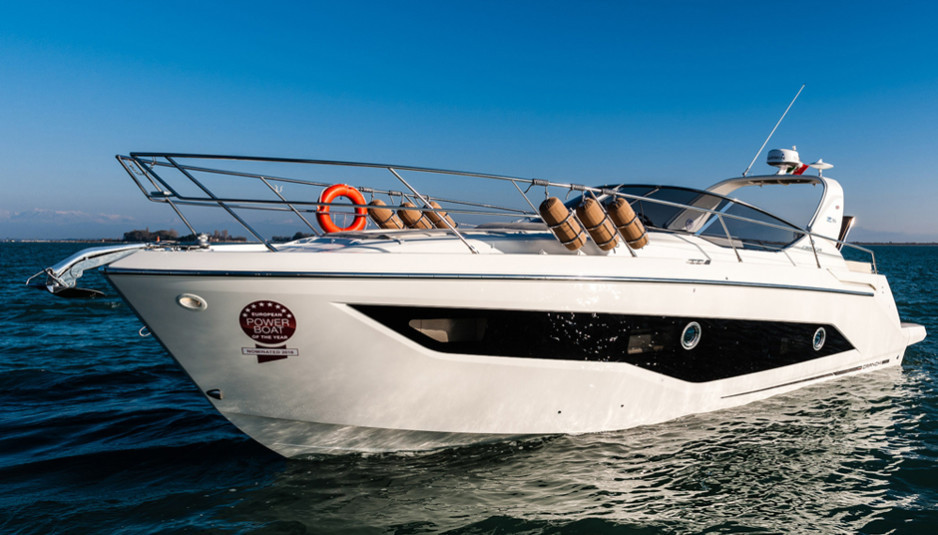 How elegant can an 11 meter (and a half) express cruiser be? Look at the gallery of this Cranchi Z35 and get your idea.

Stylish, ain’t it? But…before we analyze the new Cruiser-range flagship in the Italian boatyard lineup, I’d like to talk you into the meaning of this kind of boats.

The buzz about hardtop open boats is so big that we probably lost the real definition of Express Cruiser.
We use to dub ‘express cruisers’ open boats, with a cabin, normally comfortable but mainly sporty. So, elegance and class don’t seem to be a priority. But this definition has been surpassed nowadays, as evolution in design has brought cool styling even to small day cruisers. 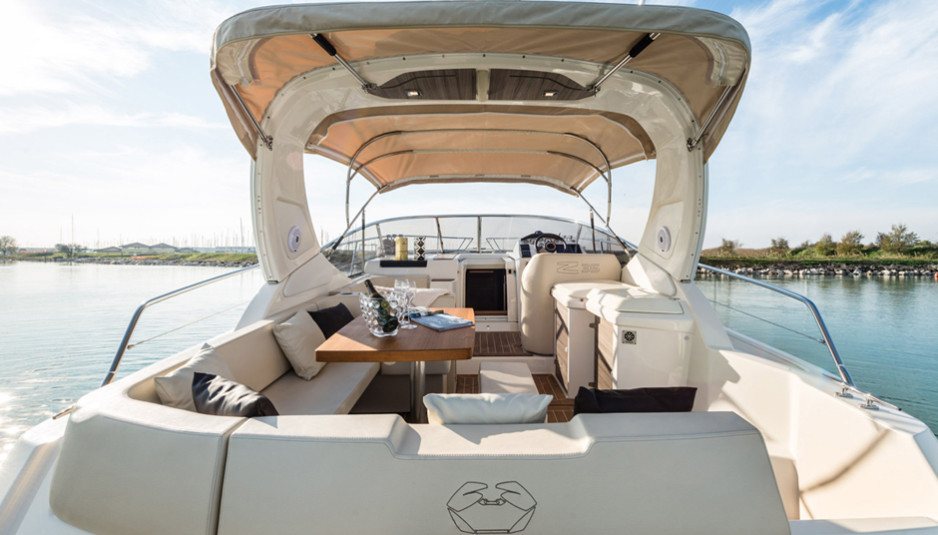 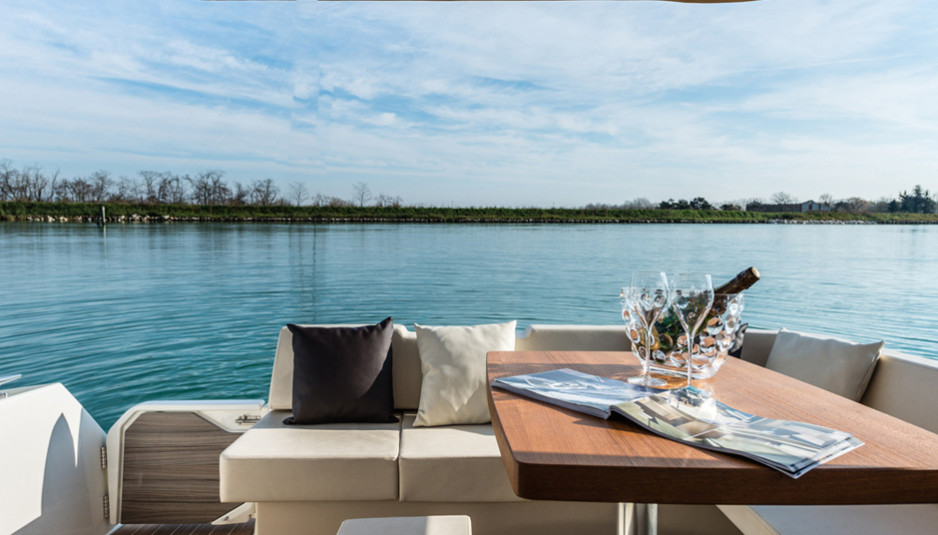 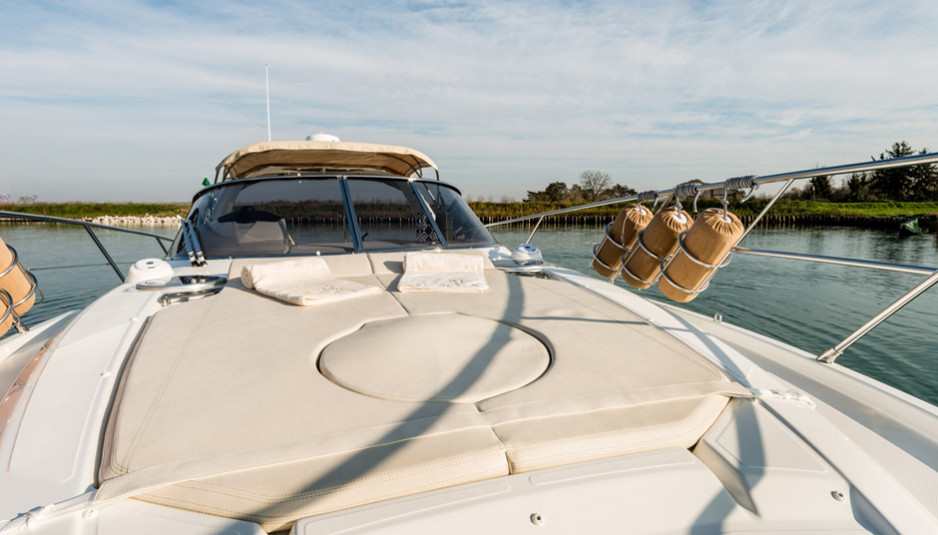 So, one of the best testimonials of this evolution is the new Cranchi Z35, which confirms the will from Italian boatyards to preside this segment with classy models. 11.55 meters long, with a fully open cockpit, the Cranchi Z35 has got the nomination for the 2016 European Powerboat of the Year award.

Outside the color pattern is based on light shades, with teak flooring matching the tan cushions and the beige awning, while inside it’s the different hues of wood for flooring and bulkheads to give a classy aura. 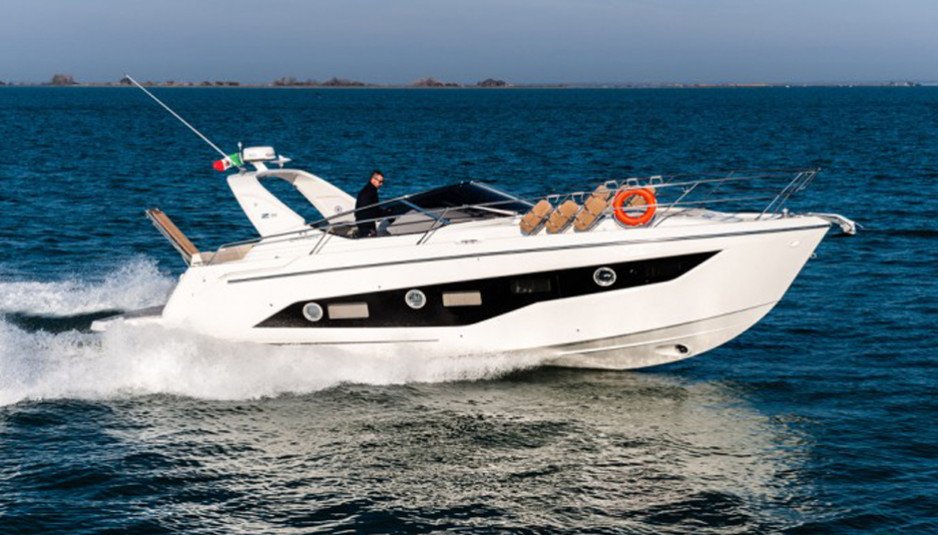 The cockpit and lower bridge layouts stick to tradition: the former features a C-shaped sofa, transformable into sun bed and integrated with another couch shaped like an L. On the starboard side, the kitchen cabinet stays abow the helmstation, whose large dashboard can house all the electronics and gauges. 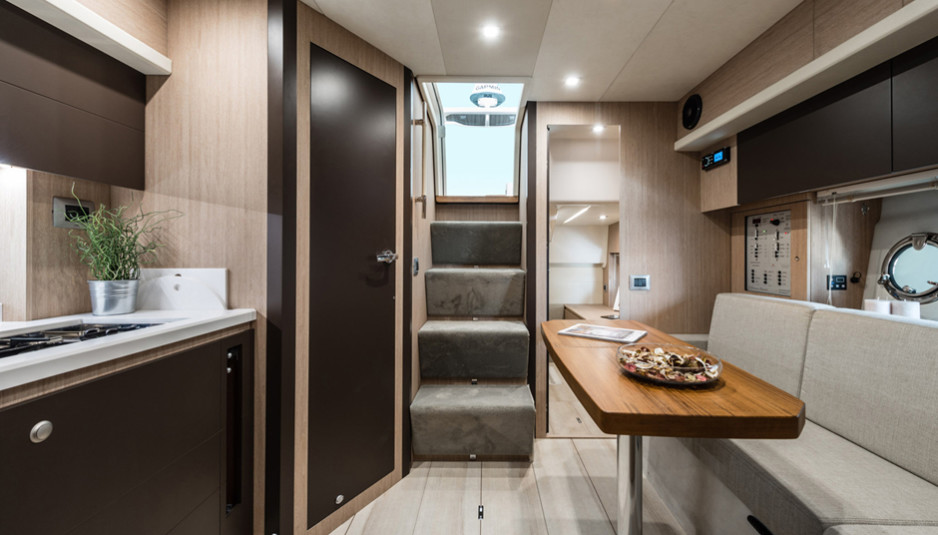 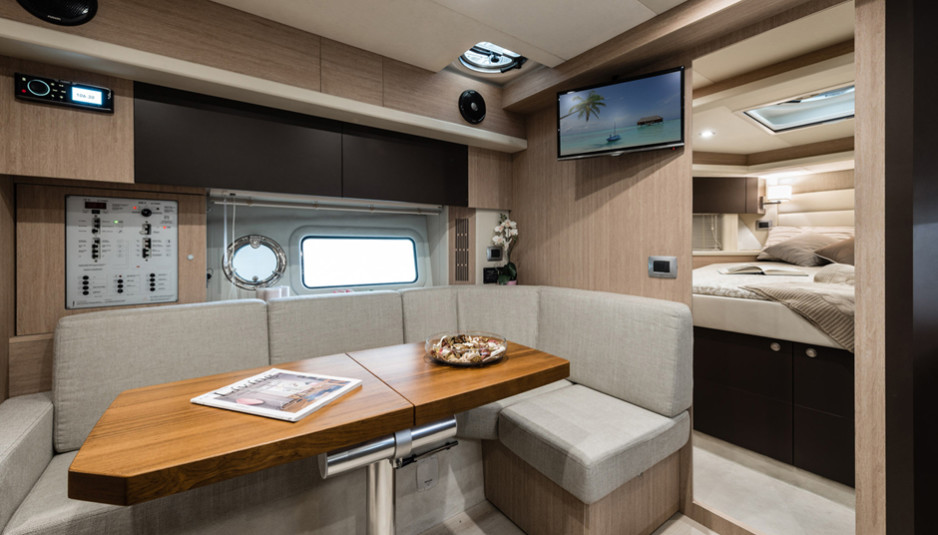 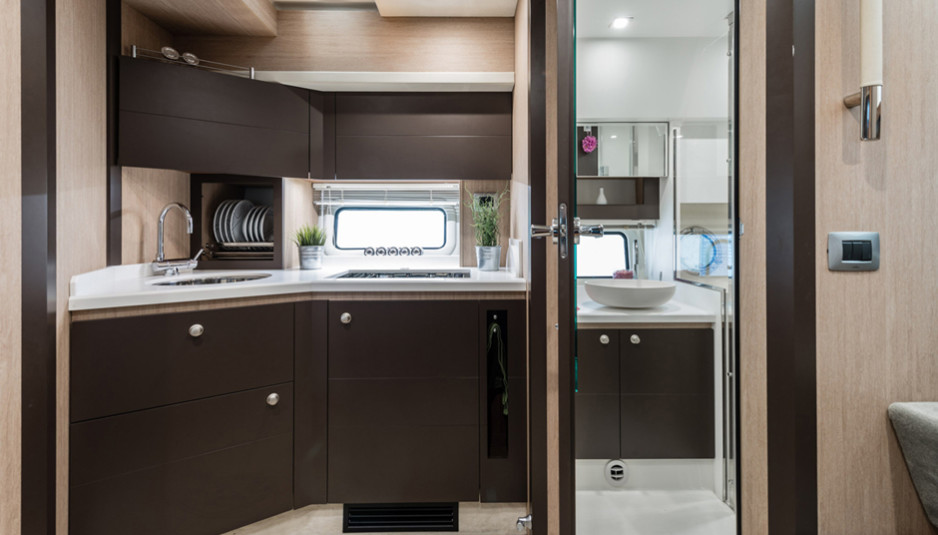 The latter sports two cabins, with the master to fore and the guests one to bow. The mess is in the middle, consisting of a complete galley and a facing dinette which turns into a double berth. The head is just one, but it boasts a separate shower box. 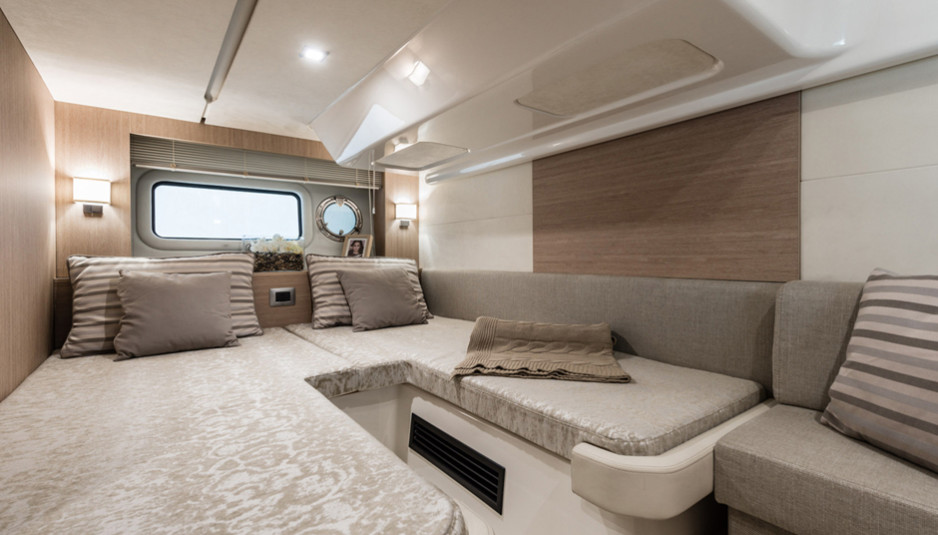 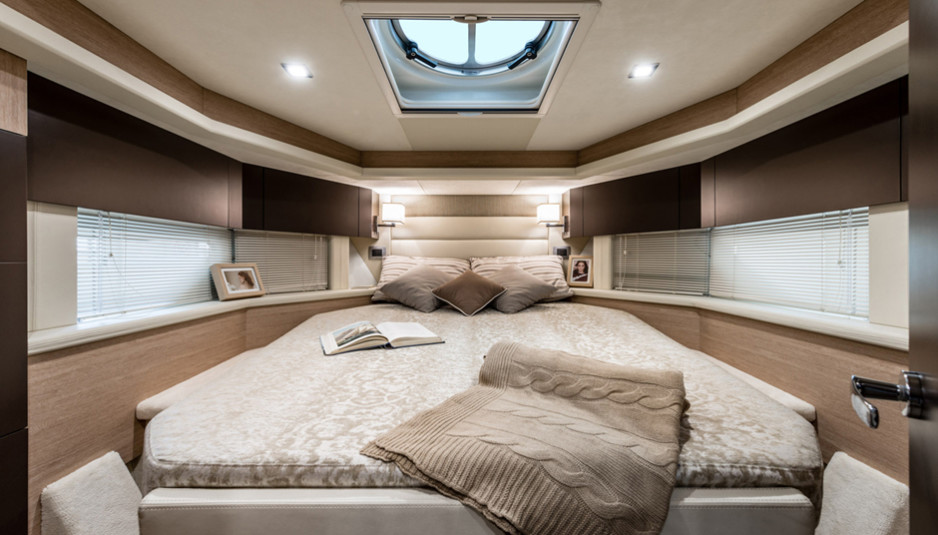 The numbers of Cranchi Z35 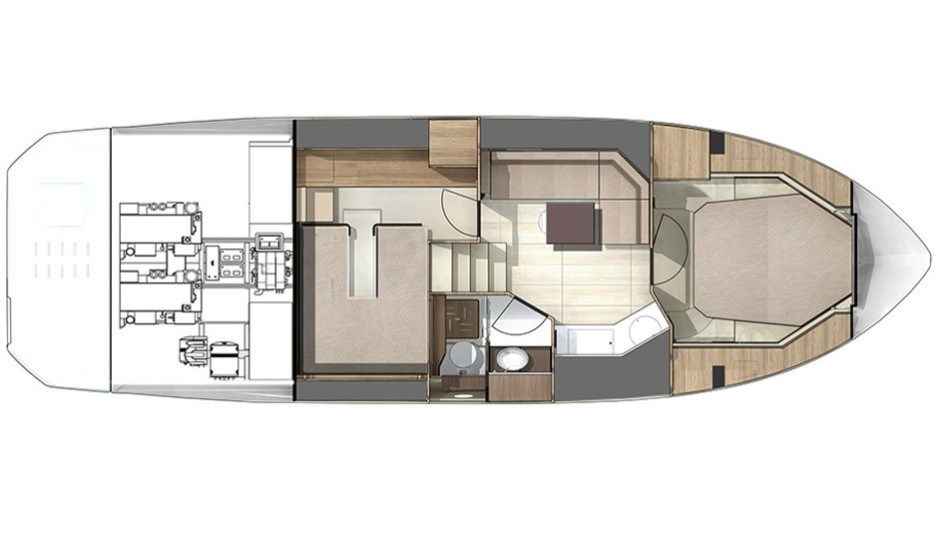 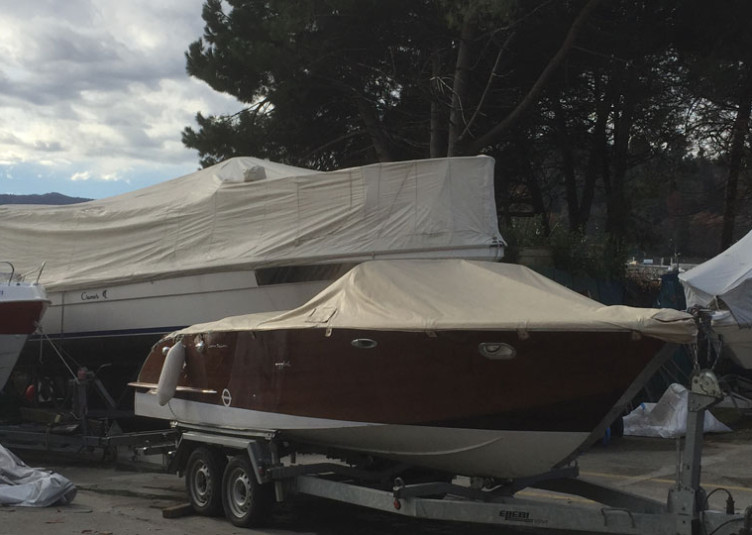 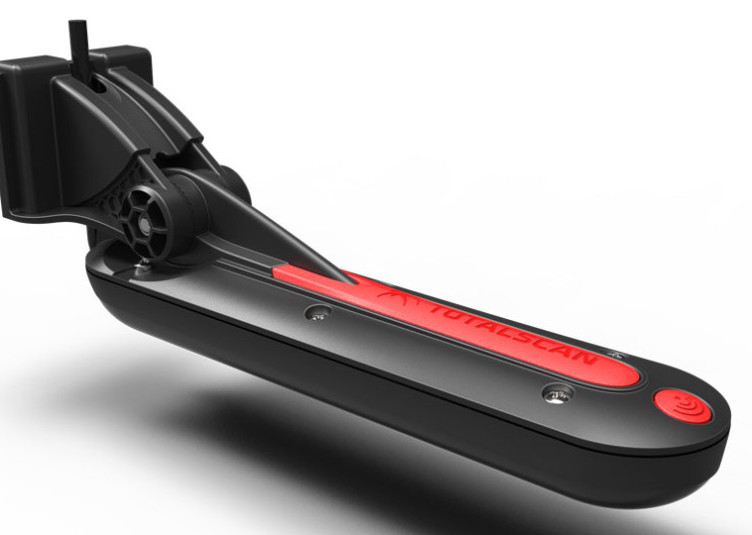 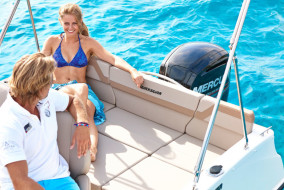 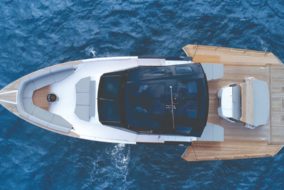 The Okeans land in Europe. The instigator is Vanguard Yachts 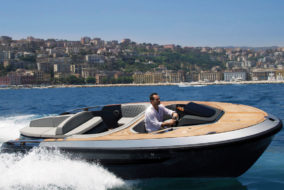