Right before the delivery to its owner, we had the chance to test the new Pirelli 1900, flagship of Tecnorib.

The target was clear: the Pirelli 1900 was commissioned to Tecnorib by an owner who decided to sell both his Pirelli 1400 and his maxiyacht, in order to get a maxirib. With many requests at the same time: large open spaces with different areas where to host friends, a good inside livability for cruising, high performance, easy management which meant no need for crew. Was it possible to make all these requests live together? A big task for Tecnorib, and with the fundamental support of Mannerfelt Design Team they have put into production the Pirelli 1900.

Pirelli 1900 by Tecnorib: the test

The group sea trial during CannesYachting Festival is not ideal for a comprehensive test. Let’s put it this way: a full load of fuel and water, and nine passengers on board, recreate a situation which is closer to normal use.

During my instrumental test, there is no way to go over 2500 laps and 42 knots, slower than the declared 45. The sea, however, is not so calm, and we have no time to look for the best setup during a busy boat show day. On the other hand, the handling of Pirelli 1900  is flawless, confirming that the choice of Top System surface drives is not a gamble. I also appreciate the autopilot that takes the steering wheel back to the center position when it’s not held.

The fuel consumption is demanding, although at a cruising speed (around 20 knots) it becomes reasonable, given the size of the Pirelli 1900. The lowest possible value while planing is at 1300 rpm and 16 knots, and the readings say 96 liters per hour. So in the end my question is this: why not go for the most exuberant motorization, 2000 HP in total from 2 Caterpillars, instead of this choice?

A proper description is below in this very page, written at the time of the introduction. Now it’s worth to tell about the feelings: the target of having large common areas has been accomplished:, to bow there’s a dinette transforming into a recessed solarium which can be used also when moored. The two aft sun beds are perfectly complemented by the wide and long swim platform. Under the T-top there’s more convivial spaces, and the companionway leads to a cured interior with enough space and no excessive frills.

A mention is needed for the vacuum-infusion construction, completed with many carbon-fiber parts, which has allowed to save much weight.

The numbers of Pirelli 1900 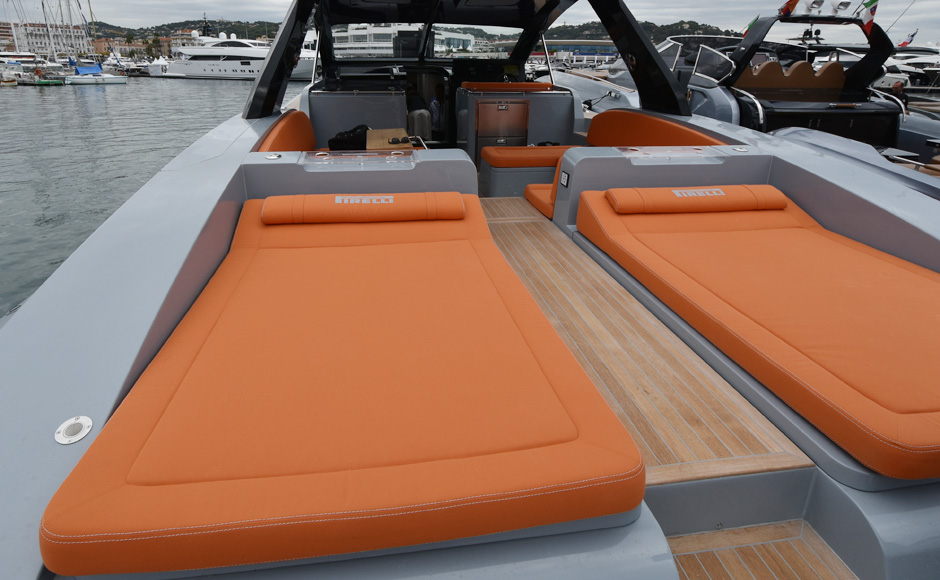 As for the look, this new Pirelli 1900 repeats the lines of 1400 developing the extra space in the common areas. The unmistakable trait is the hardtop, which stretches to the stern to protect the cockpit, while a huge sun bed occupies the foredeck.

The hull has been designed to ensure high performance without hindering comfort: not as narrow as one could expect, it provides a fair interior space with a headroom reaching two meters. The propulsion is entrusted to two 800HP MANs coupled to Top System T65 surface propellers: the maximum speed is 45 knots (30 is the cruising pace), but piloting is kept easy thanks to the joystick and automatic trim adjust.

Belowdecks the basic layout features two cabins, a living area with galley, dinette / bed and dining table. The master cabin is to bow, while aft is the second cabin, the heads and a technical area which, as an alternative, can be replaced by a cabin for the crew.
As with all its siblings, Pirelli 1900 features the tire tread mark on the tubular. It is the very design of Cinturato Blue Wet, used by Pirelli in the top automotive races.

Did you know that Pirelli ribs means also fast tenders?

Vintage charm and offshore performance: this is... 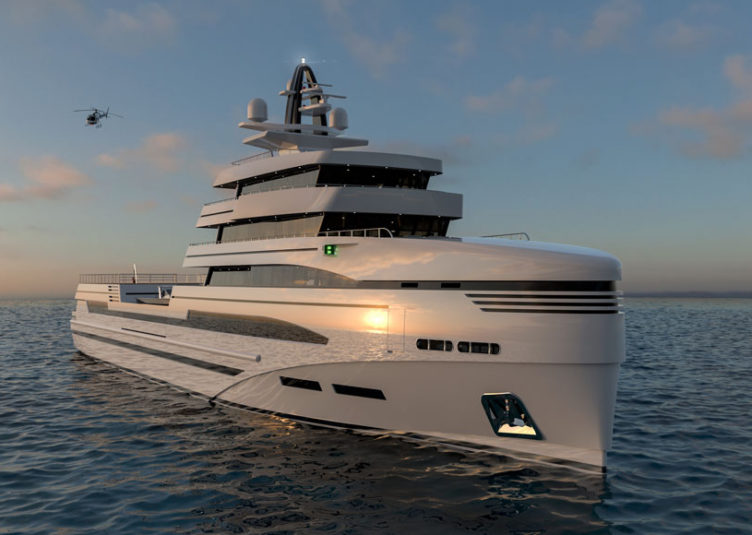 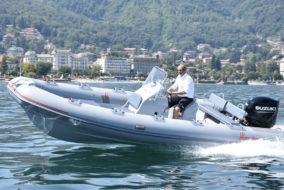 Marshall M4 with Suzuki DF150AP: our test of an essential yet complete rib 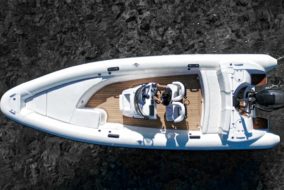 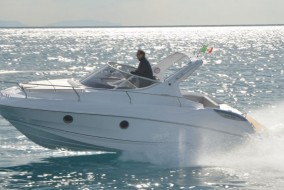