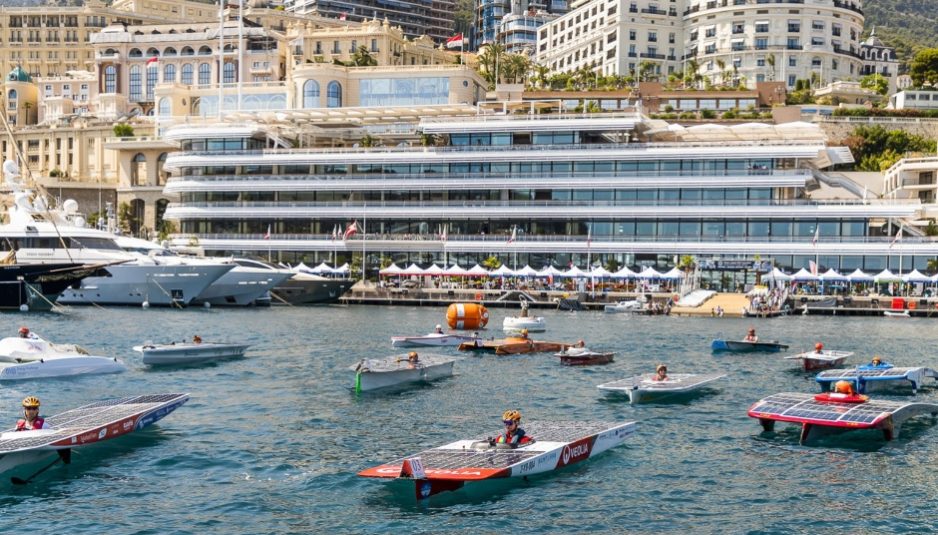 Reinventing motorboating, to meet energy and environmental imperatives was the concept of this 5th Solar & Energy Boat Challenge organized by the Yacht Club de Monaco: 200 competitors divided into 30 teams and three categories.

The event took place in the Principality from July 12 to 14, with meeting at the YCCM. Among the sponsors and supporters was Swiss pilot Bertrand Piccard, the man behind Solar Impulse, the first fuel less zero-emissions plane with limitless autonomy in which he flew round the world. But the initiative had also the support by the Prince Albert II of Monaco Foundation, Hydros Foundation and World Powerboating Federation (UIM).

Three classes raced in the weekend: Solar, Energy and Offshore

Solar Class. Since this event launched in 2014, solar-powered boats were here in force with 23 boats, including 15 Dutch teams. Indeed, the Netherlands has all the expertise to lead the way as shown by Gerhard van der Schaar on Clafis Victron Energy Solar Boat Team. Winner of the last four editions, he retains his title after winning the slalom as well as the Fleet Endurance Race completing 24 laps in one hour. In the Challenge A Class, victory went to Antwerp Maritime Academy with 17 laps: the Belgium boat has not missed one edition.

Energy Class. With the Energy Class, a new category launched this year by the YCM, the Principality confirms its ranking as yachting capital. This class pushes the ingenuity of participants to the limit. Teams had to build a cockpit and design the most powerful and durable propulsion system from a given amount of clean energy for their boat. Be it Bio Fuel, battery, hydrogen, compressed air, LNG or anything else, the choice was wide. Among the most innovative projects was that of Simon Bernard. A Merchant Navy officer, aged 27, he is the co-founder of Plastic Odyssey, a 25m catamaran powered by plastic waste, which he presented. Indeed, the goal was to develop this category to bring new solutions for marine mobility.

The second edition of the International

Offshore Class. Keen to demonstrate the potential of these new energy sources, competitors in the Offshore Class took to the open sea on a course linking Monaco to Ventimiglia and back, two interconnected harbours. Vita Yachts driven by David Gray crossed the finish line first, covering the 16nm in 54 minutes 41 seconds, followed by Ernesto Riva Innovation driven by Daniele Riva in 1 hour 29 minutes 13 seconds. 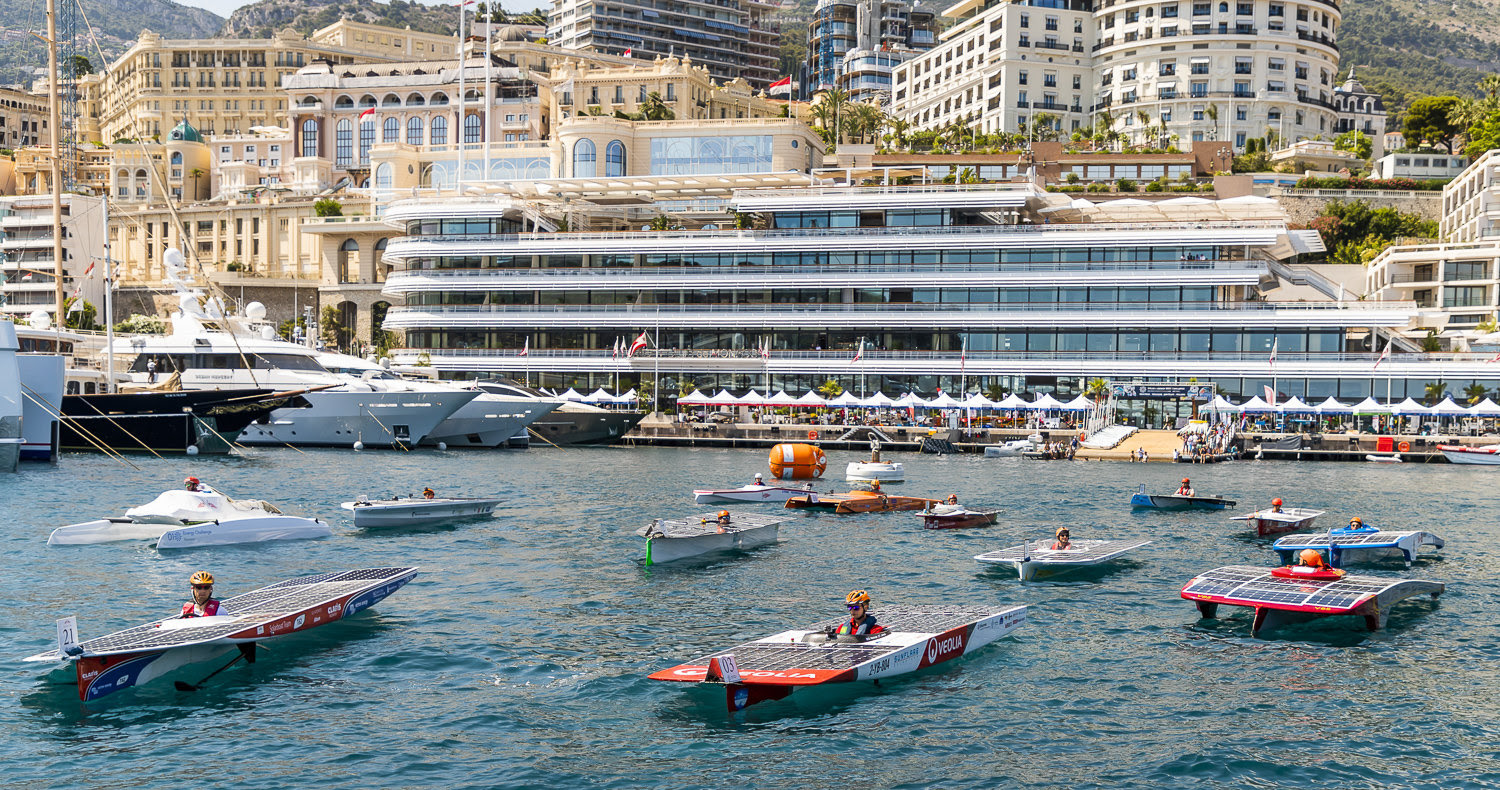 Daily Tech Talks gave each team a chance to talk about their boat, explaining what they want to achieve and future projects. A good example was the project by Solarboot Team Emden to design a solar boat to take children to and from school on Lake Buyonyi in Uganda, and others like Técnico Solar Boat, whose ambition is to build a 100% Portuguese boat designed by them. 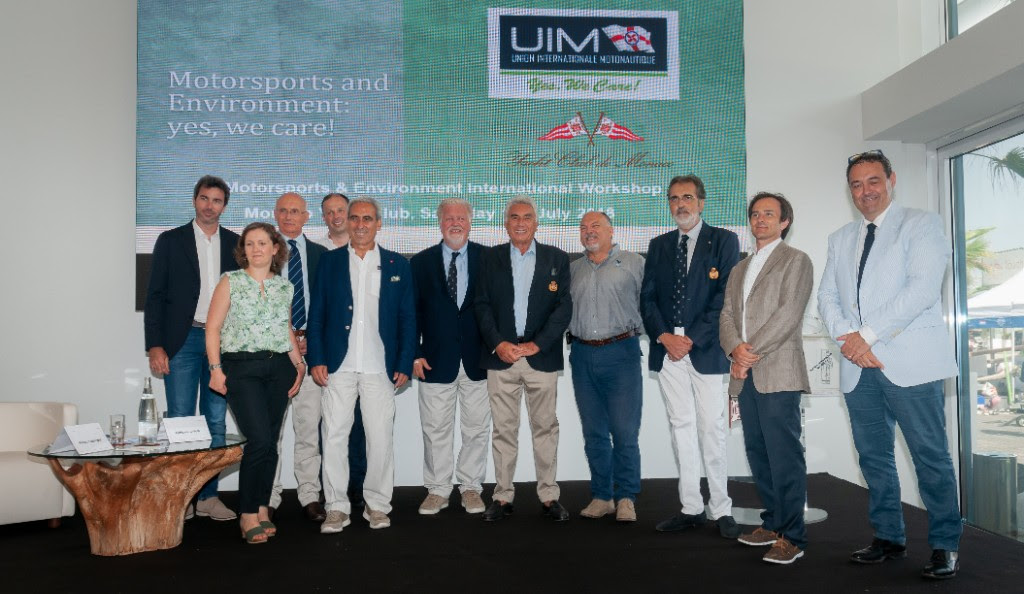 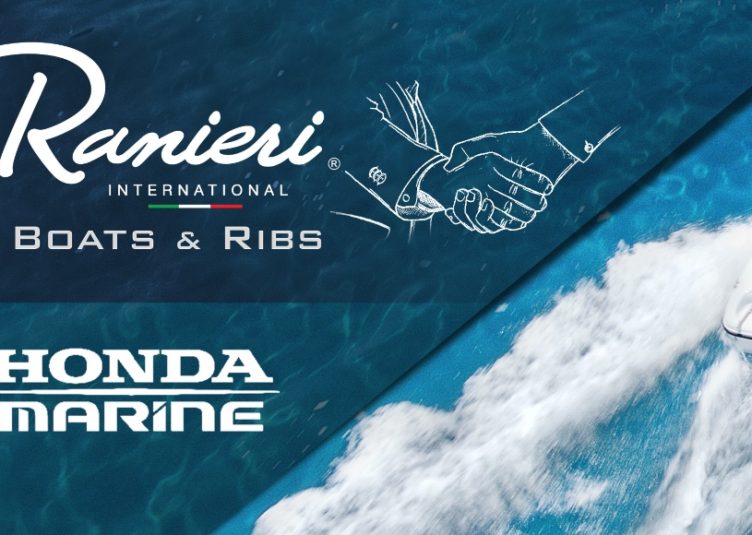 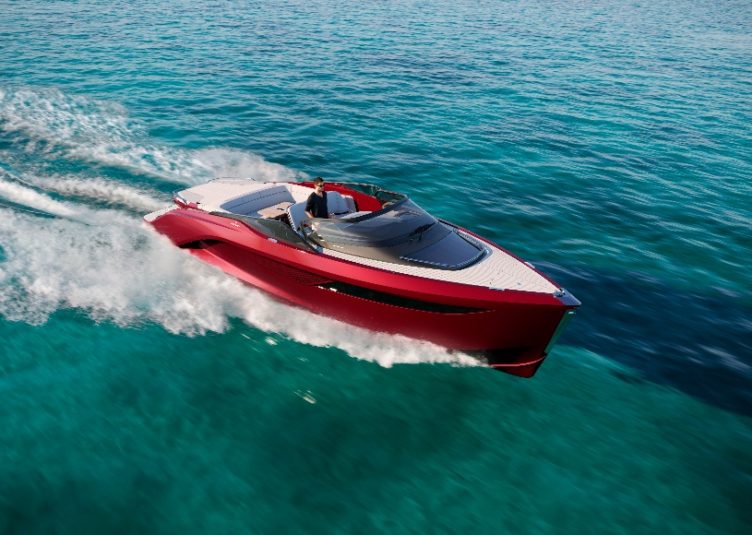 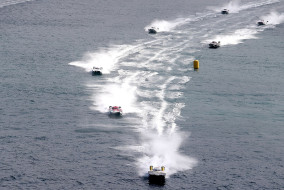 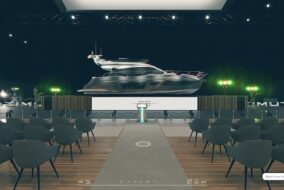 With A-Room by Azimut Yachts, the virtual show is beyond reality 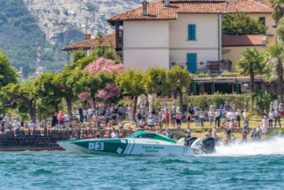