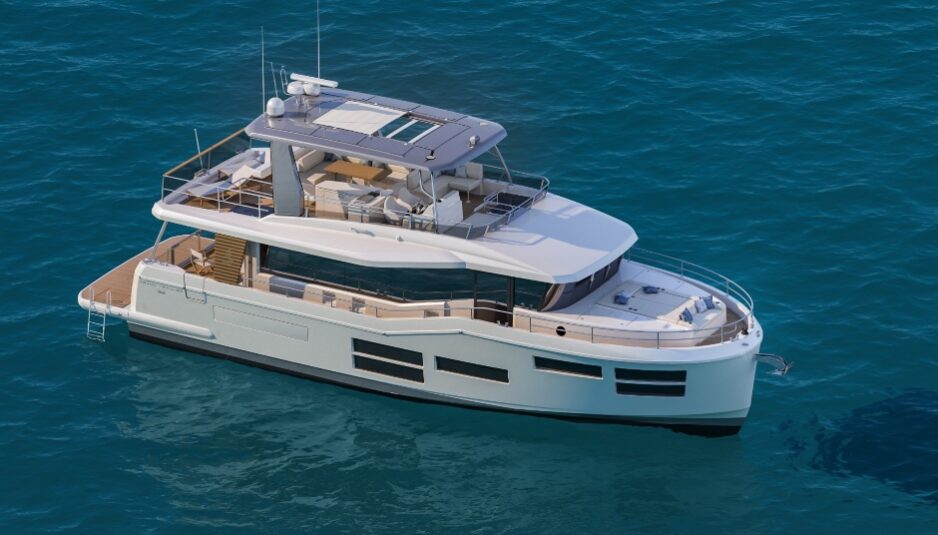 It’s the first full-displacement hull from Beneteau. Grand Trawler 62 wants to meet the needs of experienced boaters, who enjoy the journey as much as the destination. We’ve had a talk with the Product Manager Robert Chaffer.

We all know Beneteau Swift Trawlers. A range of semi-displacing boats made for comfortable cruising, at rather low speed, with relaxation and peacefulness in mind. Since 2003, when they were introduced, Swift Trawlers have been sold across the world in over 1300 units, spacing from 30 to 50 feet. With such a heritage and knowledge in their pockets, Beneteau decided to step forward with a much larger and somewhat different model, named Grand Trawler 62. Given the big step, we arranged a conversation with Robert Chaffer, Product Manager at Beneteau, in order to know everything about the project.

In the end, customers designed it

The new flagship of the Trawler range is an evolution of the core factors that have made the success of the line-up. In summer 2020 Beneteau run a thorough survey with their Swift Trawler customers about how they experience and live their boats. The clients then provided a fundamental feedback summed up in some key points, all related to three benchmarks of the user’s experience: slow speed, space&comfort, and simple luxury.

So, here’s the most peculiar points emerged from the survey, which also became guidelines of the project.
First one: the use of the boat is mainly with the family, frequently across generations of grandparents, parents, and children boating together. 73% of the owners are over 60 years old.
Second, most of the customers (65%) come from over 15 years of boating, being at their 5th or 6th boat. Very experienced seafarers who know what they want.
Again, 80% of them use their boat at slow speed, in particular in the 8-12 knots range. Just few of them have ever reached (or exceeded) 20 knots.
Fourth, but not in terms of importance, they like to enjoy the navigation itself: not just as a way to reach the destination but as a journey.
The best example of this last point came from a customer who said that, cruising at 12 knots from mainland France to Corsica, he was able to spot sea turtles. He then stopped the boat, put on some diving gear, and along with his daughter was able to swim with the testudines. Had he cruised along faster or with other things in mind, he would have simply missed them.

All these inputs were the starting point for the Grand Trawler 62 project. The Beneteau design office recruited two big names for a three-side work: Micad for the naval architecture, and Nauta Design for the layout.

At almost 19 meters, Beneteau Grand Trawler 62 has a range of 900 nautical miles at a cruising speed of 9 knots, still keeping 10% of fuel reserve. Fitted with two MAN i6 730 hp engines, she has enough power reserve to reach 20 knots when required, but the fuel consumption at 9 is just three liters/nm per engine.

“Although her exterior lines appear simple and elegant, in reality the under-water surfaces are mathematically complex. It took 300 hours of processing calculations and tank testing to design the hull. Our team has done a wonderful job of ensuring that the Grand Trawler 62 is 35% more efficient and economical at her optimum hull speed of 9 knots than a conventional planing hull”, explains Robert Chaffer, product manager at Beneteau.

In our conversation, Robert also explains us that the 900 nm range is not used by owners as a way to navigate as far as they can. It is a way to feel free: fill up the tank and start the cruise, without the hassle of queuing at the marina’s fuel station anymore, or at least for a very long time.

Beside the range aspect, the hull has been studied to roam seas across the world, in different conditions. It’s sturdy and quiet (all the fiberglass is vacuum-infused), made even safer by high freeboards. It’s also easily maneuverable, despite the direct shaft transmissions, thanks to the availability of bow and aft thrusters and joystick controls.

All these characteristics and features are, once again, part of the spirit of the boat and her experienced users.

The look is modern and clean with flowing lines and generous glazing, still recalling the traditional aspect of a trawler and the family feeling of Beneteau range.

Another priority for the owners is space, as a key part of a relaxed and comfortable cruising. The Italian Nauta Design studio has made Grand Trawler 62 exceptionally spacious, through the optimization of the accommodation areas which are designed for spending a long time on board, ensuring everyone is truly at ease. The floor space is one of the (if not the) best in her class.

“We wanted to make sure that people are perfectly at ease with the open, flowing and yet private surroundings, feeling very much as if they were at home”, stresses Robert Chaffer. The cockpit is made to sit and watch at the sea, and that’s why the L-shaped couch faces rearward. Owners have enough space to place their favorite furniture, but of course Beneteau can provide them with signature table and chairs. Interestingly, the transom is transparent rather that a big chunk of fiberglass, and it fully opens onto the sea creating a seamless space between the deck lounge and the 9 sqm swim platform. There is also a side gate for diving into the water.

Another specific feature of the Grand Trawler 62 is that anyone who loves spending time in the water and sun bathing will enjoy an immediate access from the stern deck into the lazarette which can be configured with shower space and head. Not just a crew cabin, then, but also a space that can serve guests during the day. This idea, tells us Robert Chaffer, comes of course from customers’ feedback, also having in mind that not always experienced boaters like Trawlers’ owners need a crew to operate their boat.

On the large flybridge (it measures 31 square meters), beside the main helm station and all the furniture and features that one expects – and visible in the renderings – , an optional crane can lift up to 400 Kg to launch and haul a 3.1-meter dinghy or a jet-ski. A 3.5-meter tender can alternatively be placed on the hydraulically lifting swim platform.

Getting inside through a flush floor leads to the lounge area, and further on two low (10cm) steps take to the dining/galley section. The galley is directly opposite to the table and opens onto the saloon, but the space can be closed off with an optional sliding door. A raised, central helm station with single pilot seat (a second one is also optional) enjoys the reverse inclination of the windshield, offering a panoramic view that can be also shared from a port bench seat, while to starboard there’s a sliding door to the passageway. In addition, an internal stairway from the driving station goes up to the flybridge, for an easy, safe and relaxed circulation during navigation and docking.

Hand rails on the ceiling provide extra safety, while some smart solutions of functional design come from decades of experience in real-world boating. We give you just two examples. The dining table can slide towards the galley bulkhead in order to give access to a lift-up stowage where the foldable chairs can be stored. Then of course it can be placed in the normal position, but it can also slide to starboard, above the couch, in order to leave the maximum width to the passage from the helm to the aft: it will be appreciated during navigation. A second solution is the top-accessed bin in the galley countertop, whose garbage bag can be accessed directly from the side deck outside, so not to soil the interiors.

As for the below deck space, the Grand Trawler 62 is available in two versions, with three or four cabins. The owner suite is situated amidships in the three cabin layout, making good use of the maximum beam. With the four cabin layout the forward guest cabin becomes the owner’s cabin, while the full beam one is split into two double rooms.

Chaffer says that the favorite choice is the first, but a customer with a large family wanted to go for the second one in order to accommodate his many children. For this reason, the two double cabins amidships are separated with bulwarks and doors, but can also be insulated from the corridor by an external door, so both cabins can share the third bathroom without interference from outside. To increase the feeling of space and comfort, there is an average headroom of two meters in each cabin.

The choice of building the Grand Trawler 62 in Monfalcone, Italy, in the Monte Carlo Yachts premises, has allowed to exploit the Italian handcraft quality and high standards in joinery and fitting. The interiors feature functional elegance and minimalist decoration, without the “bling” which would be completely inappropriate for the owner of such yacht.

As standard the bulkheads and cabinetwork are in warm walnut shades or in waxed light oak. Along with quality cabinetwork, supple leather and cream-colored textiles, the trim is a reflection of French luxury and Italian design.

Having been announced in Düsseldorf in January 2020 (dubbed Project E as we mentioned), Beneteau Grand Trawler 62 was expected to be introduced at the 2021 edition of the German Boat Show. But, as Robert Chaffer tells us and as we could imagine, the pandemic has slowed down the process and has required a change in the agenda. As the Monfalcone plant went through an 8-week stop, and as the safety and health measures still require extra care in every process of the production (and in any other aspect), the due time of delivery will be April 2021.

The numbers of Grand Trawler 62 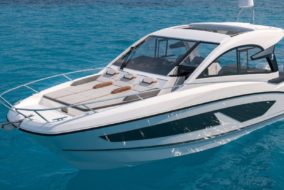 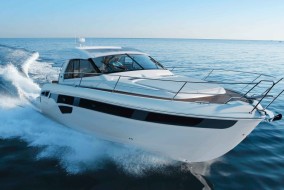 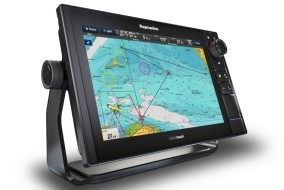 Jeanneau Merry Fisher 1095: should we call it merry cruiser?