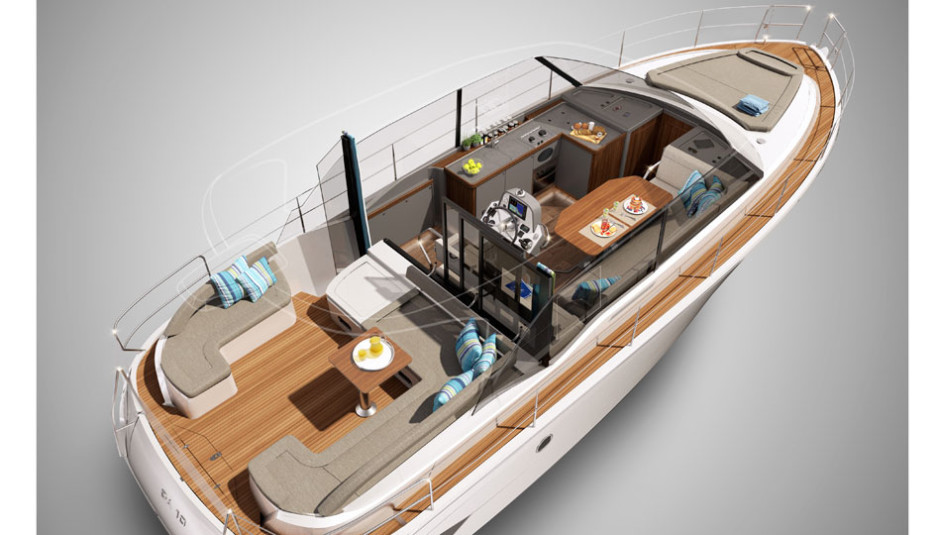 Bavaria E40: “E” like economical, ecologic and efficient. But also emotional and explorer. All words that fit to this semi-displacing yacht.

Bavaria E40 comes in a time when everything is “E”, from cars to housing to boats we just hear about ecology and energetic efficiency. So, comes to no surprise that even the Germans at Bavaria walk this path and introduce this motoryacht. Which, to be honest, has some new features when compared to the boatyard tradition. 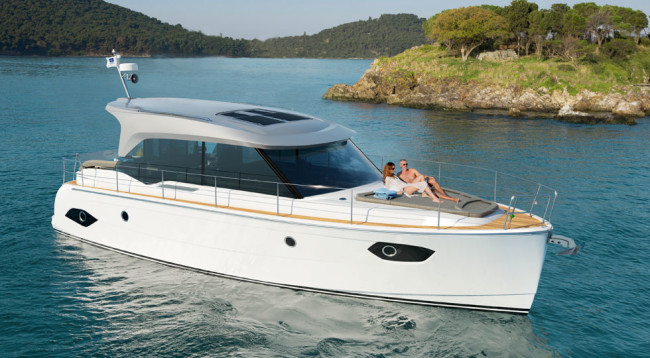 Bavaria E40: here it is, finally

Presentation of the first prototype dates back to Spring 2015, with the name of Project DA10. Then, Düsseldorf 2016 has been the stage for the unveiling of…the name, and now we get to know many more details about this semi-displacing boat, the Bavaria E40. With a press release stressing that “The E in the name stands for Economic, Ecologic, Exploring, Efficent and Emotional”.

Space and efficiency were the basic drivers behind the project, which has been developed in four different variants: Sedan or Fly, with two or three cabins.

Like most of the boats, the core space of life on board is the salon: dinette, helm station, galley, the visibility around is totally clear on the sea and the horizon. 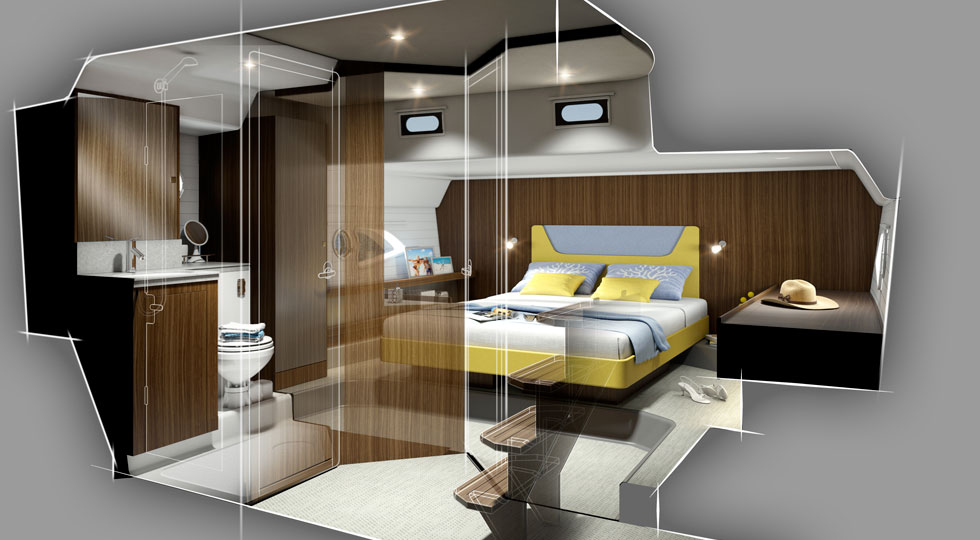 Belowdecks the engine bay and the technical room are located amidships: a peculiar solution which leaves much space for the aft cabins. The master bedroom is here, and sports a double bed and large windows. Beside the room, there’s space for a large bathroom with shower box. The alternative solution, better for charter, features two double cabins in the back part of the deck.

To fore, the cabin has a double bed which splits into a twin, and a dedicated en-suite.

Other peculiarity of Bavaria E40, as mentioned, is the semi-displacing nature of the hull, designed for a reasonably priced cruise, in comfort and symbiosis with nature. The engines are Volvo Pentas, 75 to 300 HP, with hybrid propulsion. Hull design, engine, transmission and props have been tested through computer-testing in order to reach a low fuel consumption and a limited environmental impact. 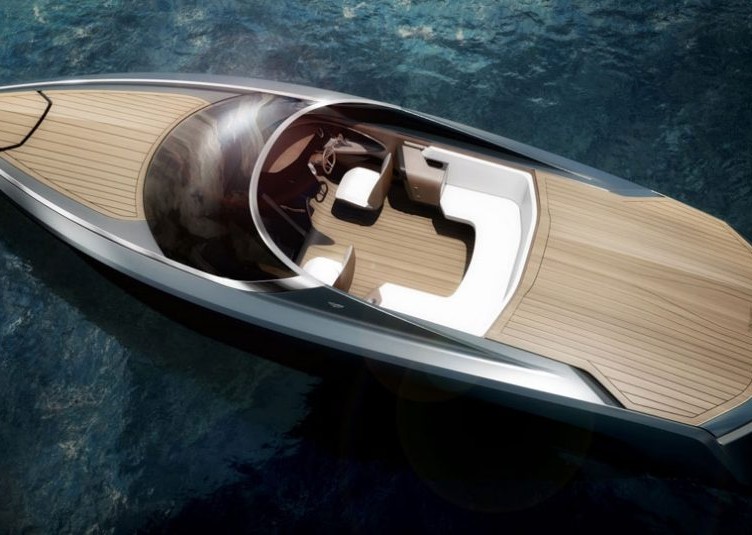 AM37 is the first boat to carry the Aston Martin... 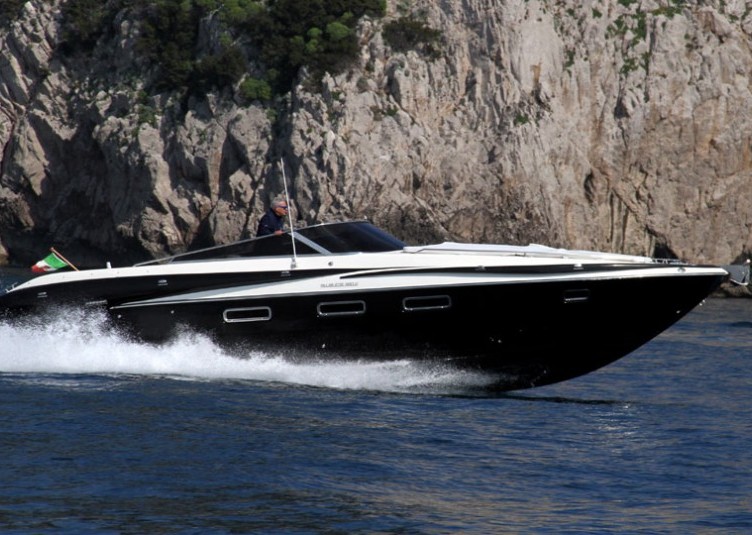 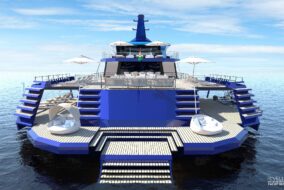 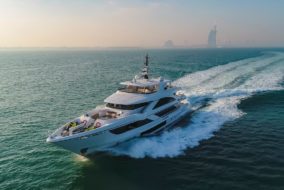 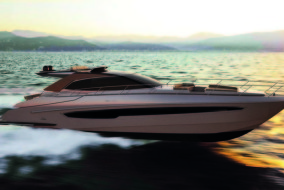